Greenlight > Games > hallinniklas's Workshop
Greenlight is being retired. For more information on how to submit games to steam, refer to this blog post.
This item has been removed from the community because it violates Steam Community & Content Guidelines. It is only visible to you. If you believe your item has been removed by mistake, please contact Steam Support.
This item is incompatible with Greenlight. Please see the instructions page for reasons why this item might not work within Greenlight.
Current visibility: Hidden
This item will only be visible to you, admins, and anyone marked as a creator.
Current visibility: Friends-only
This item will only be visible in searches to you, your friends, and admins.
Belladonna
Description Discussions2 Announcements1 Comments94 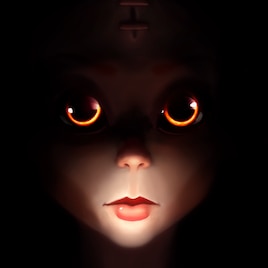 hallinniklas
Offline
See all 13 collections (some may be hidden)

View Belladonna in the store

What is Belladonna like to play? Wardfire is playing the game on her Youtube channel, so you could check it out there and see for yourself. This first episode is pretty much 100% spoiler free!

Read More
Description
"Why should we prioritize the lives of the living above the lives of the dead?" - Belladonna
Belladonna is a gothic adventure game, twisted and dark. Take the role of a corpse girl rising from the dead in an abandoned laboratory, and unravel the mysteries concerning your own death and reanimation.

After the death of their young child, doctor Wolfram von Trauerschloss and his wife Belladonna are left to deal with the tragedy however they are able. The doctor launches into a dark obsession, devoting his life to the quest of conquering death. The madness spreads and Belladonna is soon dragged into the despair, but the tale takes surprising turns as the dead are brought back to life and the living are not to be trusted.

The game explores various themes, such as the role of villains and heroes, moral value systems and different kinds of horror. It’s a point-and-click adventure, and it will ask you to read longer texts which are inspired in style by Mary Shelley’s novel, Frankenstein; or, The Modern Prometheus. This game is not scary in the way in which a Hollywood horror flick is scary, but it is certainly no child’s play. The story goes into an eerie place beyond life and death, and puts you into the mind of the unliving creatures and their worldviews.

Belladonna was developed over the course of two years, by a single developer; Niklas Hallin. I live in Sweden and work on various game projects. I like to find my inspiration not only in other video games but also draw from sources like literature, philosophy and old movies.

Help bring the Monster to life!
Popular Discussions View All (2)

javierucu Feb 5, 2016 @ 12:45am
hi, i think Belladonna looks fantastic. I love horror, hehe. Now i´m finishing the soundtrack in other game and it would be great to work beside such a promising team. I think my music could fit well in your project. You could listen here: https://www.youtube.com/watch?v=pA7fQzZ9gUU What do you think? my email is: cga.sound@gmail.com Thank you. Good Job.

Belladonna has been Greenlit and is now listed in the Steam store. For the latest information, purchase options, and discussions for Belladonna, please see it on the Steam Store or in the Steam Community.
Visit Store Page
For more details Visit Community Hub
For latest discussions
If you really, really want to, you can continue to the Greenlight page. Information on this page may be out of date, since all the action has moved to the areas noted above.