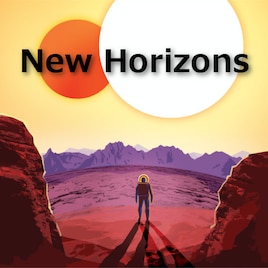 This item has been added to your Subscriptions. Some games will require you to relaunch them before the item will be downloaded.
In 1 collection by Machiavelli
New Horizons

5 items
Description
New Horizons completely changes every Virtue, Military Unit, Colonist, Spaceship, Cargo, Tile Improvement, Terrain and Resource yields and more! New Horizons is more than a mere "balance patch" that tries tweak a few things around the edges while keeping the body the same. With a holistic eye New Horizons makes changes that combine to be more than the sum of their parts. Old heuristics will need to be replaced, new strategies will need to be learned, get ready to experience a new Beyond Earth.

This mod does NOT work with Rising Tide. For Rising Tide use Echoes of Earth.

You can watch a Let's Play by Firaxis of the mod in the video above (they were playing with an old (pre-military) version of the mod).

Features:
IMPORTANT:
This mod adds Promotions and Worker tile construction actions. Unless you enable all the mods you want to play with twice the unit panel in the lower left corner will not render correctly. To do this enable all the mods want to play with, but instead of setting up or loading a game instead click back to see your list of enabled mods again. Then click accept a second time and proceed to start your game as normal.

Early game
Early game buildings either provide one-time bonuses to get your economy humming or are highly dependent on the local terrain and resources. The land you have access to will influence what techs and buildings you want to prioritize.
-------------------------------------
Military Units
Overview
Alien units outclass human units during the early game. Military units don't scale in strength or cost as much -- making timing attacks weaker and it is easier to hold off foes that are slightly higher on the Affinity level. For basic units, their pre-Affinity level 4 upgrades do not increase their combat strength or production cost at all.

Marine
Cheap to build, Marines require no strategic resources and have the most efficient production to combat strength ratio. Some upgrades will let them heal faster, making them most effective at protecting vulnerable ranged units.

Rangers
Unable to damage cities but effective at killing other units. They also cost no strategic resources to build.

Artillery
Not as mobile or effective against units as Rangers but is able to damage cities. It also heals adjacent enemies.

The Virtue trees themselves have also changed.

Expansion: focuses on settling a large number of cities and exploiting large swaths of land. It includes bonuses for Biowells, Terrascapes and Domes.

Production economy vs Energy economy
In Beyond Earth energy is much weaker than other yields and is often only good for paying maintenance or activating the beacon. New Horizon will try to make it possible to create an energy based economy that purchases the majority of its units and buildings. The current changes are not yet enough for this to be true, but they are laying the groundwork for later versions of the mod which will reward energy generation.
-------------------------------------
Expeditions:
It requires 2 expedition charges to salvage a location. You'll need to acquire a source of additional expeditions before you can start salvaging what your explorers uncover. Currently extra expeditions can be acquired from the Lab quest, Supremacy 1 and the opening Virtue in Security.
-------------------------------------
Future development
See discussion thread to participate in the conversation about how future development should incorporate Rising Tide's new mechanics.
Popular Discussions View All (3)

Rising Tide and the future of New Horizons
Machiavelli

Second likely possibility, are you using Rising Tide? New Horizons is only for base Beyond Earth. But Echoes of Earth is designed for Rising Tide and has more features.

PuhLease Laugh May 31, 2017 @ 3:15pm
I have just downloaded this mod, and I have just started making a new game. none of the new cargo or anything is showing up. I am not using any other mods.

Machiavelli  [author] Jan 16, 2016 @ 9:20am
The closest you can currently get to playing this mod in Rising Tide is to use the "New Horizons: Virtues" and "New Horizons: Loadouts" mods that can be found in the New Horizons collection. Those two mods are small parts of this mod that were ported to be compatible with Rising Tide. It isn't close to the full experience, but hopefully in a under a month you'll be able to play "Echoes of Earth" (the Rising Tides successor to New Horizons).

dixiearistocrat Jan 16, 2016 @ 8:01am
i meant unit promotions yes. and i never took a screenshot but, whenever you go to the upgrades the two choices for your promotions are blank and you cannot pick one.

Machiavelli  [author] Jan 16, 2016 @ 6:46am
Wildcody, peter.huebner, were either of you using Rising Tide or base Beyond Earth? This version of New Horizons isn't compatible with Rising Tide. I'm working on the Rising Tide spiritual successor that I'm targetting for release late January.

Peter, do you recall if you double enabled the mod? If the mod isn't double enabled a chunk of code can produce behavior where it deletes every single unit as soon as it is created.

Wildcody, by upgrades do you mean unit promotions? Do you have a screenshot? That will likely communicate the issue more easily than words.

peter.huebner Jan 15, 2016 @ 10:08pm
I installed this mod and tried to play it once, early 2016. I could build units from the production menu, but once production finished, no unit showed up, either visually or in the command queue.

Did the October patch break this mod? I was using two 'visually distinctive' mods, the unlimited alien experience mod with it.

dixiearistocrat Jan 15, 2016 @ 9:02pm
I enabled my mods twice and the panel renders but the upgrades wont show up at all? can anyone help?