Greenlight > Games > Flintlock Studios's Workshop
Greenlight is being retired. For more information on how to submit games to steam, refer to this blog post.
This item has been removed from the community because it violates Steam Community & Content Guidelines. It is only visible to you. If you believe your item has been removed by mistake, please contact Steam Support.
This item is incompatible with Greenlight. Please see the instructions page for reasons why this item might not work within Greenlight.
Current visibility: Hidden
This item will only be visible to you, admins, and anyone marked as a creator.
Current visibility: Friends-only
This item will only be visible in searches to you, your friends, and admins.
Lithic
Description Discussions1 Announcements9 Comments104 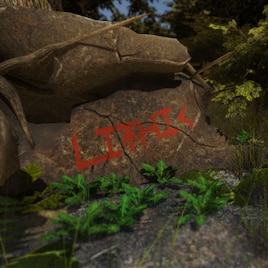 We have a sad announcement to make today. We will be postponing Lithic for the time being. Before we go into further details about why, we would like to make clear that this is not a rushed decision. This is one of the toughest decisions we’ve had to make as a Studio and one we made with careful consideration of other options before going down this route.

There’s been a number of factors that have made us reach this decision but the two main reasons have been down to a lack of an animator and some massive Unity bugs.

The Unity bugs we have covered previously in a blog post[flintlockstudios.co.uk] and whilst we had scheduled in time to deal with one possibly two of these kind of issues, we hit a few more that broke the game in ways we didn’t even think were possible.

As you know we also launched a Kickstarter that was ultimately unsuccessful. We really wanted to use the money from the Kickstarter to improve on the animation of Lithic which we personally feel is the currently the weakest element of the game. Without having an animator we feel that the game is not up to the standard we want and releasing it in its current form could be fatal to us as a company.

We want to make it clear that Lithic is not cancelled and we have no intention of letting it become a distant memory either. We are just taking a break from it to explore other options so that in the future we can hire an animator to get it to the standard that we want it to be.

We’ve tried to be as honest as we can throughout this process but we know we’ve made ended up making some false promises about release dates. At the time we fully intended to make those release dates and we are aware that we’ve let you down as well as ourselves by not meeting them.

That said it’s not all doom and gloom! We have come back to the New Year with a new project that we believe is achievable with our current resources.

We are not announcing anything on this new game just yet. Because a) we like to keep you all completely in suspense and b) we want to be able to show you something that is more than just a concept. We think that you will find this game as interesting as Lithic, just in a different way!

Finally we just want to thank each and every one of you for the support that you have given us so far with Lithic. We are disappointed that it has come to this but we remain hopeful for 2016. We plan to keep you as updated as we can with development of our new project and hope that you will keep supporting us as we do so.

If you have any comments or questions about this we've opened up a Forum topic here [flintlockstudios.co.uk] on our website.

Hello folks, hope this blog post finds you all well and excited for the imminent holiday season, 2015 has been a real roller-coaster ride for Flintlock Studios and today we're going to take a little look back on the past twelve months.

January saw Mitch join the team from Teeside university as an intern, originally planned for three months. The energy and ideas he brought along with his knowledge gained during his degree meant that as his internship ended we couldn't let him go, so he stayed with us until September continuing his awesome work but has now left us as he's moving to Japan! We'd like to take this moment to say thank you for your work Mitch and we wish you and Maisy all the best!

Early this year also saw Ryan complete his work on the Spirit Animals, and he joined us on our last two visits to GAMAYO, where he showed us how to drink at a free bar (four bottles of Desperado at a time!) We're looking forward to seeing Ryan again soon, perhaps at the next GAMAYO so here's to free bars and beer!

Speaking of GAMAYO, we attended two GMY developer conferences in Leeds this year, one on the 30th April and then again on the 19th November. In April our Greenlight campaign was just starting to pick up steam (see what I did there?) and it was great to see people's enthusiasm for Lithic. Between the first and second GMY we of course launched our Kickstarter campaign which was sadly unsuccessful but the massively positive feedback we received and GMY9 in November lifted our spirits and gave us confidence as a team.

However! 2015 saw us both set up and succeed with our steam Greenlight proposal, meaning when Lithic's ready we can launch straight away. The whole process was much simpler than we were expecting and the theme of positive comments continued from GMY onto our Greenlight where people were incredibly supportive.

Things weren't all rainbows and unicorns though, alongside the failed Kickstarter we've seen our fair share of bugs, some more disastrous than others. We've lost a fair bit of development time this year down to unforeseeable issues between our original plans for implementing systems and the Unity Engine. These have been rectified now and I can only hope that that's the end of the big problems for Flintlock!

So, looking ahead to 2016, we've something to show you in the new year and it could mean great things for the studio and our followers – but in the meantime I'm going to stuff myself with mince pies for a solid week and Tom and Beki are visiting Lincolnshire for the holiday period. I don't know where that is, but I've heard it's not in Yorkshire which was enough to terrify me half to death! 'Till the new year my lovelies, fare thee well!

Read More
Description
Overview
Lithic is a fantasy real time strategy game with RPG elements set in a rich Stone Age environment. Players will be able to explore the concept of cultural and technological evolution from primitives incapable of speech through to forming advanced stone tool creation. Build the origins of society in a universe where magic is abound, yet untamed and the environment is as much the enemy as other creatures are.

The Story
Lithic begins with an ancient group of intelligent, reptilian humanoids called the Ix-Aan completing an ancient ritual with the sole purpose of bringing a powerful demi-god known as a “Creator Spirit” to their home-world. But the ritual was too powerful, summoning not only a single Spirit, but many. The concentrated energy caused a devastating expulsion of pure force, wiping out all but a few of the ritualists and their followers; those who survived the blast now doomed to wander the planet, lost, confused and hostile. Some Creator Spirits summoned by the ritual found themselves tethered to the indigenous creatures of the world, with others thrust into the rocks and earth, trees and rivers. The more fortunate ones connected with the minds and souls of primitive tribes. These few now strive to help their hosts improve culturally and technologically in the slim hope that they can advance to a point where they can assist the Creator Spirit in re-ascending to the godly plane.

The Game
In Lithic, the player controls their tribe through the eyes of a Creator Spirit. This is mechanically similar to the timeless “Hand of God” control system but the AI in the game will deal with the tribe’s basic needs such as sleep and hunger, allowing the player to focus on the more important game events. This means that the player need not focus on the micro-management prevalent in RTS games and can instead influence the parts of the Tribe that require attention at any specific moment.
The player will have to deal with the possibility of encountering other tribes and wild prehistoric creatures, as well as the challenge of the environment which is as much an enemy as anything else in the game. A death in the tribe won’t mean the end of the game but it causes the loss of the knowledge that that character held.

Features in Lithic
• Expansive single player story campaign.
• Randomly generated Skirmish Mode, adding infinite replay value.
• Brand new dark fantasy world to explore and develop.
• Four base races to pick from, each with a unique playstyle and visual aesthetic. A fifth Race, the Ix-Aan can be unlocked during gameplay.
• Intelligent technology advancement, new technology is learned when related tools are used or relevant tasks are performed.
• Cultural development: Art, traditions and ritual all evolve depending on in-game occurrences.
• Procedural language system: Your tribe develops language as needed, evolving better communication and allowing for more complex tactics to be employed.
• Influence system: control your tribe through subtle compulsion or through direct possession.

Languages:
For Early Access Lithic will only be available in English. We intend to localise the final version in as many languages as there is a demand for.

Ports:
For Early Access Lithic will be available on PC only. Our plan for the final game is to port it to both Mac and Linux if the minimum game specifications will allow.

Studio and Timeline
Lithic is in active development by Flintlock Studios. An Early Access release is planned for first half 2015 with aims for a full release in 2016. Flintlock Studios aims to make games that are as much about the journey as they are about winning, bringing back the feeling of achievement that was present in a lot of retro games but with the technology available to us today.

All video and images are taken from in-game builds.
Popular Discussions View All (1)

Can you make here custom faction and multiplayer ?
Blitzwing
< >
104 Comments