Greenlight > Games > [Duaik] Fafafa's Workshop
Greenlight is being retired. For more information on how to submit games to steam, refer to this blog post.
This item has been removed from the community because it violates Steam Community & Content Guidelines. It is only visible to you. If you believe your item has been removed by mistake, please contact Steam Support.
This item is incompatible with Greenlight. Please see the instructions page for reasons why this item might not work within Greenlight.
Current visibility: Hidden
This item will only be visible to you, admins, and anyone marked as a creator.
Current visibility: Friends-only
This item will only be visible in searches to you, your friends, and admins.
Abelardo - Steakhouse Musician
Description Discussions1 Comments82 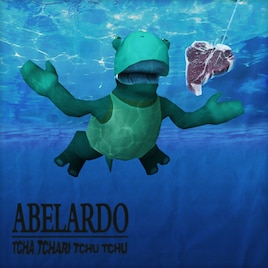 Abelardo is a dinosaur. He likes to play his guitar. Help him earn some food in this hilarious game. Try not to destroy the Brazilian Steakhouse.

Use The WASD Keys to move Abelardo around.

Press SPACE close to the Keyboard to change de background Music. The Stars show how difficult the music is.

The audience will make music requests. Press SPACE close to a table to start playing the right song!

Play it now at:
http://gamejolt.com/games/other/abelardo-steakhouse-musician/38756/

We are planning some new guitars and improved features for the game. The free version is available for you to test.

- Play as a dinosaur in a Steakhouse.
- Play different music styles: Chorinho, Bossa Nova, Rock'n Roll and Love Song.
- Try to avoid smashing the audience.
- New guitar styles to customize your performance.
- Watch out! Your tail will destroy everything.
Popular Discussions View All (1)