Greenlight > Concepts > R8Games's Workshop
Greenlight is being retired. For more information on how to submit games to steam, refer to this blog post.
This item has been removed from the community because it violates Steam Community & Content Guidelines. It is only visible to you. If you believe your item has been removed by mistake, please contact Steam Support.
This item is incompatible with Greenlight. Please see the instructions page for reasons why this item might not work within Greenlight.
Current visibility: Hidden
This item will only be visible to you, admins, and anyone marked as a creator.
Current visibility: Friends-only
This item will only be visible in searches to you, your friends, and admins.
FORMULA FUSION
Description Discussions26 Announcements13 Comments202 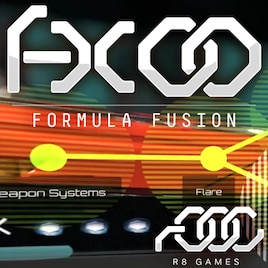 R8Games
Offline
See all 31 collections (some may be hidden)
Kickstarter
Recent Announcements View All (13)
Formula Fusion is now on Greenlight!
May 13, 2015 - Astro

Thats right we finally launched our official Greenlight Bid.
If you've supported us here on the concept page we'd really appreciate it if you were to translate that support over on the Greenlight Page.

Kickstarter is a go!!! 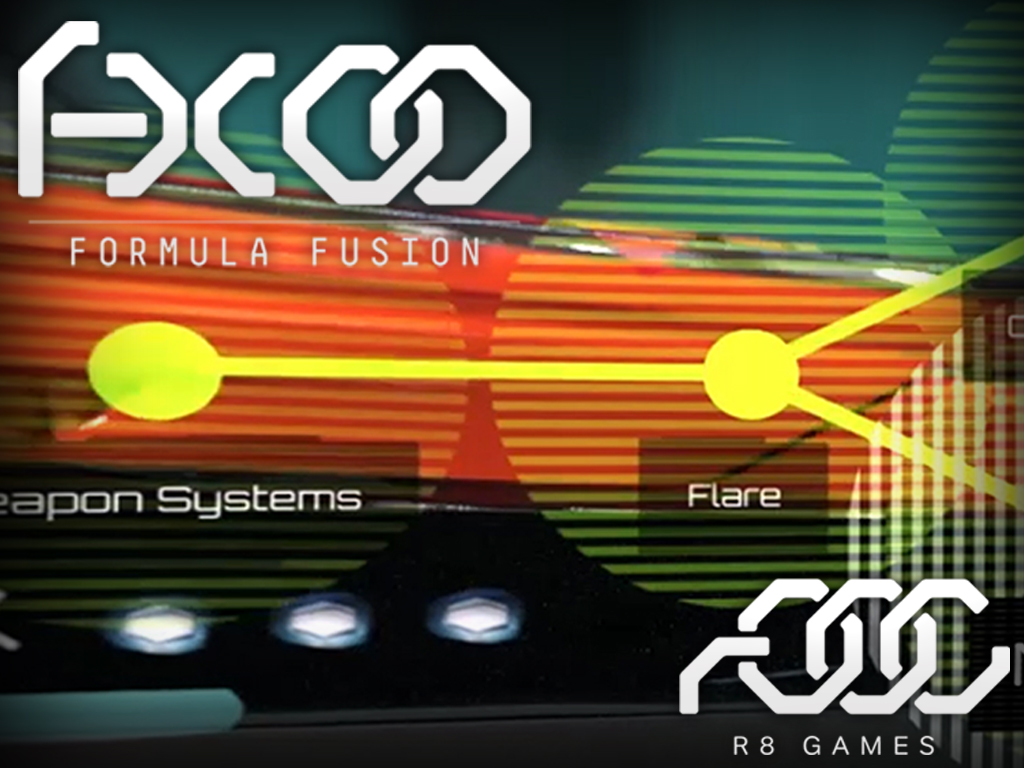 Get Backing!
Get Sharing!
Get Formula Fusion in the hands of Gamers!

Read More
Description
DISCLAIMER: The pitch video and materials used to illustrate this concept represent early pre-production work and are not representative of final gameplay or craft behavior.

Formula Fusion Racing takes the best elements of Wipeout and F Zero X and gives the genre some real bite, taking AG Racing to the next level! The amount of speed you can gain is potentially open-ended; to the point of having an almost warp speed like quality. The game brings together experts in the fields of optimisation and performance, concept art from established film and VFX talent and a thumping soundtrack from international music artists to create a blended visceral sensation like no other!

Track Technology
Tracks are made up of superconductors that suspend the craft within a gravitational field using super-cells, cooled by liquid nitrogen. This Quantum Levitation Effect allows craft to skim along the track at incredibly high speeds whilst remaining suspended in the field through all degrees of motion. Magnetic side buffers create an invisible barrier to dampen impact at high speeds whilst holographic digital elements serve to update your HUD with visual feedback.

Handling and Features
With improved 2097 style craft physics and handling - tracks will be designed with roller coaster style ‘heart in your throat’ moments making full use of cyclic 3600 rotation, extreme twists and inverted sections meaning the tracks will be staged to be more abstract and challenging than ever before. Track features include: Corkscrews, Loops, Twists, Banking, Field Switches and Inverted jumps along with X-sections and flyovers. Lighting FX and post processing will also play a big part; trails of the craft come from plasma clouds which dissipate over time making it possible at extreme speeds to see ghosted versions as you complete a lap.

Gameplay
Gameplay includes a layer of technology research and craft customization through the team garage facility, along with competitive ‘edge of your seat’ style racing in the various classes; working your way from Amateur Racing Class up to the slick FF-Hyper Sports leagues. Along with the base game modes we also aim to bring you visceral ‘in-cockpit’ F1 VR style action and synchronous eSports Racing Leagues. For those of you wanting to explore your own creativity, Team customization elements will allow you to create your own team and garage skins.

Motivation
The game will represent not only a next generation reboot of the classic AG Racing genre, but also a drive to bring back the core tried and tested elements from the most successful and most cherished AG Racing Titles ever made including a thumping urban soundtrack produced by our very own DubFX in collaboration with CoLD SToRAGE.

The game is to be the first title from the newly formed R8 Games Development Studio; a company made up of dev talent including ex Wipeout, Colin McRae, AutoClub Revolution, Carmageddon and Midnight Club developers.

The game is set in and around NY State, 50 years after the cataclysmic events of an all-out global nuclear war rendered most areas uninhabitable. Redevelopment on a vast scale has all but papered over the cracks, with many districts almost unrecognizable. The division between rich and poor is the greatest it has ever been with Favela style slums and make-shift buildings forming poverty stricken rings around affluent commercial districts. Branding and Graphic design elements to make the world come to life will come from influential and award winning designers, The Designers Republic.

The year is 2075. 177 years since man first got behind the wheel of a car and raced against a competitor. Through the years, advances in science and technology have pushed the field of Quantum Levitation to a degree that allows modern transportation to be suspended within artificially created gravity fields above super conducted highways. Along with transportation, this technology became embedded in motor sport racing; the pomp and celebration of what was Formula 1, evolved to become FORMULA FUSION – QUANTUM RACING LEAGUES.

The racing calendar is now established as a global sporting event that brings technology and science together like never before. Because of the high level of technical competition and the huge levels of investment the race attracts - the traditional corporate backed race teams have given way to huge University based research facilities, and each team is now represented on a national level by these huge schools of excellence. These Mega-Unis are often the size of large cities with their own economies and laws.

With competition for research funding high, each race season is as much about showcasing the skills of the pilots as it is the performance of the craft. Competition to attract the best researchers and engineers to these institutions is fierce with big money headhunting common place. Craft pilots are nurtured from birth and conditioned into becoming perfect testing machines to support this drive for success.

Universities regularly publish their standings in the global research tables and this in turn allows them to achieve greater funding and expansion. Formula Fusion is a perfect testing grounds for the latest in hardware and science innovations. To support the research surrounding the event, Universities have focused their research into 4 key areas of innovation. These are represented in the Garage Tech Trees:

What Number Backer Are You?
dbaronjr

adrianfc2010 Sep 18, 2015 @ 6:35am
Sorry for the imminent caps but... THIS LOOKS EPIC!!! I normally don't get hyped over video games but I am super hyped for this one! I so want this when it comes out! Can I suggest a song to add to the main OST? https://www.youtube.com/watch?v=FtldM8wvDXg This mix is awesome!

Mental Paradox Jul 31, 2015 @ 2:45pm
Game is nowhere to be found on the regular Steam. Already registered my key, still no trace of it.

hoping this is kinda like it, shame wipeout 2097 for PC doesn't really work on anything newer than a P133!
< >