Store Page
Arma 3>  Workshop > Lyotchik-sniper's Workshop
This item has been removed from the community because it violates Steam Community & Content Guidelines. It is only visible to you. If you believe your item has been removed by mistake, please contact Steam Support.
This item is incompatible with Arma 3. Please see the instructions page for reasons why this item might not work within Arma 3.
Current visibility: Hidden
This item will only be visible to you, admins, and anyone marked as a creator.
Current visibility: Friends-only
This item will only be visible in searches to you, your friends, and admins. 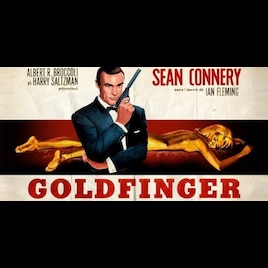 nuoHep
Offline
See all 114 collections (some may be hidden)

This item has been added to your Subscriptions. Some games will require you to relaunch them before the item will be downloaded.
Description
In the end of 2014 I have proudly presented first version of mod about James Bond 007.
In 2014 the movie «Goldfinger» celebrated it's 50th anniversary. It's a so called bondiada classic movie, that's why this mod shows events, that took place in it. At first I've planned a big game addon but just had no time to make it big enough.

This mini-addon includes the following: