Greenlight > Games > Wolf The Boss's Workshop
Greenlight is being retired. For more information on how to submit games to steam, refer to this blog post.
This item has been removed from the community because it violates Steam Community & Content Guidelines. It is only visible to you. If you believe your item has been removed by mistake, please contact Steam Support.
This item is incompatible with Greenlight. Please see the instructions page for reasons why this item might not work within Greenlight.
Current visibility: Hidden
This item will only be visible to you, admins, and anyone marked as a creator.
Current visibility: Friends-only
This item will only be visible in searches to you, your friends, and admins.
Valgard and The Armor of Achilles
Description Discussions1 Announcements4 Comments82 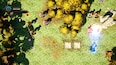 Wolf The Boss
Offline
See all 5 collections (some may be hidden)
Recent Announcements View All (4)
Valgard and The Armor of Achilles Trailer 2
July 8, 2016 - Wolf The Boss


The second official trailer of Valgard and The Armor of Achilles.

Read More
Official trailer of Valgard and The Armor of Achilles
January 25, 2016 - Wolf The Boss

The very first official trailer of Valgard and The Armor of Achilles.

Valgard and The Armor of Achilles is a top down shoot ’em up video game developed by Revolver Game Studio, on Unreal Engine 4, which brings to this generation the renowned gameplay of games like Knightmare (MSX) and Elemental Master (Sega Genessis).

Follow the viking Valgard fighting his way in the distant lands of Greece. After being defeated by Valgard a contest to marry the daughter of the elder Koldran, Merak the dirty crook abducts the beautiful maiden. The enemy demands the legendary armor of Achilles in exchange for the woman. Now Valgard must cross the eight worlds that led to Hydra. The monster guarding the armor of Achilles, a magical relic of a distant land that provides incredible strength and endurance to those who use it.