Greenlight > Games > aamatniekss's Workshop
Greenlight is being retired. For more information on how to submit games to steam, refer to this blog post.
This item has been removed from the community because it violates Steam Community & Content Guidelines. It is only visible to you. If you believe your item has been removed by mistake, please contact Steam Support.
This item is incompatible with Greenlight. Please see the instructions page for reasons why this item might not work within Greenlight.
Current visibility: Hidden
This item will only be visible to you, admins, and anyone marked as a creator.
Current visibility: Friends-only
This item will only be visible in searches to you, your friends, and admins.
There was a Caveman
Description Discussions2 Announcements7 Comments600 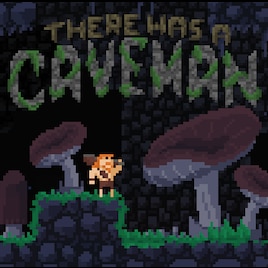 aamatniekss
Offline
See all 30 collections (some may be hidden)

View There was a Caveman in the store

Store page
Recent Announcements View All (7)
The game is out now!
October 8, 2015 - aamatniekss

Im proud to announce you can now buy the game! It's only 6.29 with the 10% launch discount!

Im planning achievements and a Linux version as soon as possible!

But for now, I hope you enjoy the game!

Hey! It's been a while, but the game is finally done!
It will release on 8th october, approximately 48 hours from now on.
The steam store page is here
http://store.steampowered.com/app/407290/

Read More
Description
Release date: First Quarter 2015.
There Was A Caveman is a prehistoric themed, retro styled, action platformer. Expect no gimmicks, just a challenging old-school like platformer, where there's only you, your club and your skills. The game is greatly influenced by such classics as Castlevania, Ghouls'n'Ghosts or Shovel knight.
The world has been overrun by dinosaurs. The last living caveman, is left alone in his cave, with every other living thing he knew dead. But he does not want to give up the world to these ferocious beasts. So with what little hope he has left, he will venture out of his caves, to find the only thing, that could save the world as he knows it - A female specimen to rebuild the cavemen civilization. But doing that won't be easy as the world is full of these dangerous creatures and other deadly hazards! 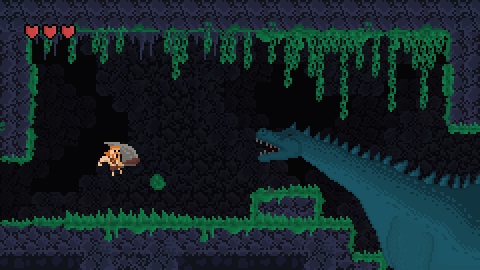 The game features -
>Awesome pixel graphics and animations.
>Strong core game mechanics, with stable platforming, dashing, variable jumping, friction etc.
>Challenging areas to go through, like dark caves or forests.
>Lots of dinosaurs to fight of including T-rexes, Pterodactyls and Diplodocus.
>Throwables to collect like rocks, bones or javelins.
>Javelins that stick to the wall, and you can use as platforms.
>Swimming and underwater areas.
>Lots of hidden things, and secret places to discover.


The game is still in development, and it is not feature full, lots of things like visuals and mechanics of the game can and will still change.
There are lots of things still on the 'to do list' like -
>More areas, like the ice caverns, deep oceans, marshes, or the spirit world full of dinosaur ghosts!
>More dinosaurs and bosses!
>Riding the dinosaurs.
>Visual improvements.
>Sounds and music.
>and other things!
Popular Discussions View All (2)

Moe Lester Jul 12, 2015 @ 2:03pm
im latvian to id like the style of your game,id like to play it for relaxation and nice sound track.....sory for my selling if its wrong XD

aamatniekss  [author] May 13, 2015 @ 1:34am
Hey, sorry for not giving any notice here, i've been updating all the devlogs and posting on twitter a lot, but the game is still in development, nearing release! :)

There was a Caveman has been Greenlit and is now listed in the Steam store. For the latest information, purchase options, and discussions for There was a Caveman, please see it on the Steam Store or in the Steam Community.
Visit Store Page
For more details Visit Community Hub
For latest discussions
If you really, really want to, you can continue to the Greenlight page. Information on this page may be out of date, since all the action has moved to the areas noted above.