Greenlight > Games > Endtimes Studio's Workshop
Greenlight is being retired. For more information on how to submit games to steam, refer to this blog post.
This item has been removed from the community because it violates Steam Community & Content Guidelines. It is only visible to you. If you believe your item has been removed by mistake, please contact Steam Support.
This item is incompatible with Greenlight. Please see the instructions page for reasons why this item might not work within Greenlight.
Current visibility: Hidden
This item will only be visible to you, admins, and anyone marked as a creator.
Current visibility: Friends-only
This item will only be visible in searches to you, your friends, and admins.
Plugged
Description Discussions3 Announcements8 Comments53 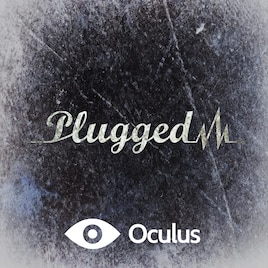 Please support our campaign so we can finish Plugged! :)

Read More
New gameplay trailer is out, check it out!
April 21, 2015 - Endtimes Studio

Read More
Description
Plugged is a new breed of adventure game developed mainly for the Oculus Rift. We're calling it look-and-click adventure. On paper, it plays like a regular, old-school point-and-click adventure game, but the addition of Oculus Rift virtual reality technology allows the player to immerse in the game on a greater level and use his own eyes and head movement to solve puzzles.
Storywise, Plugged will feature a decision-driven narrative. During the course of the game you will be presented with many choices that determine the direction in which you're progressing and result in completely different stories. For example, the first decision you have to make is to choose between going to an interview for a job you need (your wife reminds you so) and a hotel rendezvous with your highschool sweetheart. You will want to go back and choose different options. You will be able to do that.
The visual style is reminiscent of '50s pin ups. Also, the scenes will often be surreal and metaphoric.
Although Plugged is being developed mainly for Oculus Rift, the game will be playable without one.

TheBigH Apr 14, 2015 @ 6:23pm
I would absolutely love to see this. It look like a deeper down Stanley Parable with no narrator but gazillions of awesome endings!