Greenlight > Concepts > Mirball Games's Workshop
Greenlight is being retired. For more information on how to submit games to steam, refer to this blog post.
This item has been removed from the community because it violates Steam Community & Content Guidelines. It is only visible to you. If you believe your item has been removed by mistake, please contact Steam Support.
This item is incompatible with Greenlight. Please see the instructions page for reasons why this item might not work within Greenlight.
Current visibility: Hidden
This item will only be visible to you, admins, and anyone marked as a creator.
Current visibility: Friends-only
This item will only be visible in searches to you, your friends, and admins.
Lapsum
Description Discussions0 Announcements8 Comments33 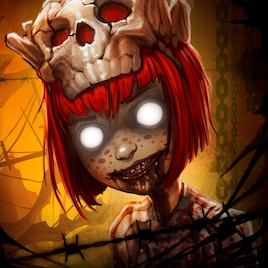 We are continue our Lapsum's development. This is a new decorative obstacle. You can crush it or it will help you to "crush" your char in Hell...

Read More
Description
Some words about Inferno: hot, strange, boring. Having fun, sinners fall through all of Hell's circles.

The game is about the fall of sinners into the abyss of hell. During the fall, the playee collect gold coins and another special items. On the collected coins the player can buy upgrades for his character in-game store.
Sinners
Sinners are game characters and main population of the Hell. There are maniacs, psychopaths and other strange and even nice people (or perhaps not only people). Every character has unique characteristics of health and energy. Energy is necessary for characters to make different actions, e.g. to put out fire when they are burning, or to use special skills. General ability for all characters is "time slowing" helping to pass difficult parts of the level.

Game mechanics
A player controlling his or her sinner must avoid traps and obstacles in order to survive as long as possible, prolonging the sufferings of poor creatures or letting them have a short break from being captured in a cage. Everyone may find their own sense in what is going on. Anyway, that's a hell of entertainment.

Each character has its own history and unique features.

- Each character has its own set of equipment.

- For character development (pumping) must be gold.

- As for gold, you can increase inventory's capacity.

Locations
The hell is actually featured with a diversified geography with an abundant flora and fauna. So you'll have what to look at. Every location is a set of environment objects, and each of them has its own unique obstacles alongside those common to all of the locations. All the locations are infinite, and traps and obstacles are created by means of procedural generation.

- The release version is going to offer three locations, and in future there will be more of them.

We also plan to make the

dave_draws Dec 16, 2016 @ 6:28am
This is a very cool idea! I love the artwork, dark atmosphere and the ragdoll physics gameplay. Keep up the good work, guys!