Greenlight > Games > haidme's Workshop
Greenlight is being retired. For more information on how to submit games to steam, refer to this blog post.
This item has been removed from the community because it violates Steam Community & Content Guidelines. It is only visible to you. If you believe your item has been removed by mistake, please contact Steam Support.
This item is incompatible with Greenlight. Please see the instructions page for reasons why this item might not work within Greenlight.
Current visibility: Hidden
This item will only be visible to you, admins, and anyone marked as a creator.
Current visibility: Friends-only
This item will only be visible in searches to you, your friends, and admins.
KRUM - Edge Of Darkness
Description Discussions0 Announcements2 Comments166 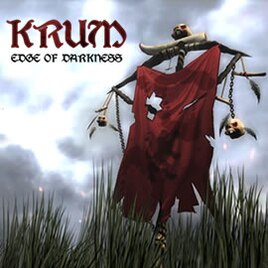 haidme
Online
See all 8 collections (some may be hidden)

View KRUM - Edge Of Darkness in the store

Today 04.03.2015 Krum has been officialy greenlit by Steam!
Thank you guys! Thank you of showing your support. I will do everything within my power to shape this game in what you all expect to be.

Hey friends, KRUM is my passion and the time I put in it, is the most valuable thing I've done in my life.Recently I started an Indiegogo campaign, to fund the last couple of stage of KRUM:
{LINK REMOVED}http://igg.me/p/krum-edge-of-darkness/x/572593

I need to raise €5,000 so I can finish the last world("The Wastelands") and polish the other ones. If I'm able to get a few more enemies created within that budget, I'll be more than happy.

If you like the game please support my endeavour !

KRUM has a unique combat system that is simple to learn but tricky to master that’s unlike almost any other action video game out there. It’s nothing like a click-and-slash button masher. Button mashing will only get you killed. Each weapon has a few easy to execute but brutal combos.
The nature of the fights suggests that you will have to wait your turn and plan your timing, in order to strike or parry at the very best moment.
The game leans heavily on action, but when the combats are so perilous and gritty you'll often find yourself in what feels like a stand-off. Either battling monsters or common warriors, you will be eagerly waiting for your turn to come.

THE PLOT
You are a noble man living in a small and peaceful village.
One day you return from the forest with some wood and see your village ravaged and left in ruins. Your friends and family dead or taken away. One of the few survivors, was able to tell you what happened in his last moments:Unknown demon forces came and destroyed everything without a reason, taking away the ones you love.
There is no other way for you but, go on a quest to save them...
As you progress in your path, you realize, that there is something more, something bigger, something terrifying behind this.

FAQ
What kind of game is Krum - Edge Of Drakness?
KRUM is hardcore action RPG set in a fantasy world. The player goal is to survive and reach the end of the story by fighting his way through gruesome enemies and blood-thirsty bosses await adventurers as he traverse through a devastated but still beautiful world.

Will there be a playable demo?
Yes! There will be link to the demo on the game site and the FB page, as soon as it is done.

How much KRUM is going to cost?
There will be a fair based price on both - the target audience and the work effort I put in it.
< >
166 Comments

haidme  [author] Sep 15, 2015 @ 2:27pm
Thanks for asking.
The game is done already! Right now I'm preparing all the necessary stuff around it, like Steam integration, web site, contacting the press..etc.

haidme  [author] May 12, 2015 @ 5:54am
Thanks but,the game is almost complete.It just needs a few tweaks here and there.If everything is going as planned, it should be available soon enough. Maybe late summer, but who knows. ;)
The start screen resembles a Warcraft III scenery indeed.I like the Blizzard games atmosphere alot. :)

KRUM - Edge Of Darkness has been Greenlit and is now listed in the Steam store. For the latest information, purchase options, and discussions for KRUM - Edge Of Darkness, please see it on the Steam Store or in the Steam Community.
Visit Store Page
For more details Visit Community Hub
For latest discussions
If you really, really want to, you can continue to the Greenlight page. Information on this page may be out of date, since all the action has moved to the areas noted above.