Greenlight > Games > Silverhelm Studios's Workshop
Greenlight is being retired. For more information on how to submit games to steam, refer to this blog post.
This item has been removed from the community because it violates Steam Community & Content Guidelines. It is only visible to you. If you believe your item has been removed by mistake, please contact Steam Support.
This item is incompatible with Greenlight. Please see the instructions page for reasons why this item might not work within Greenlight.
Current visibility: Hidden
This item will only be visible to you, admins, and anyone marked as a creator.
Current visibility: Friends-only
This item will only be visible in searches to you, your friends, and admins.
Valiance Online
Description Discussions30 Announcements19 Comments677 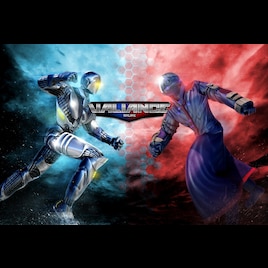 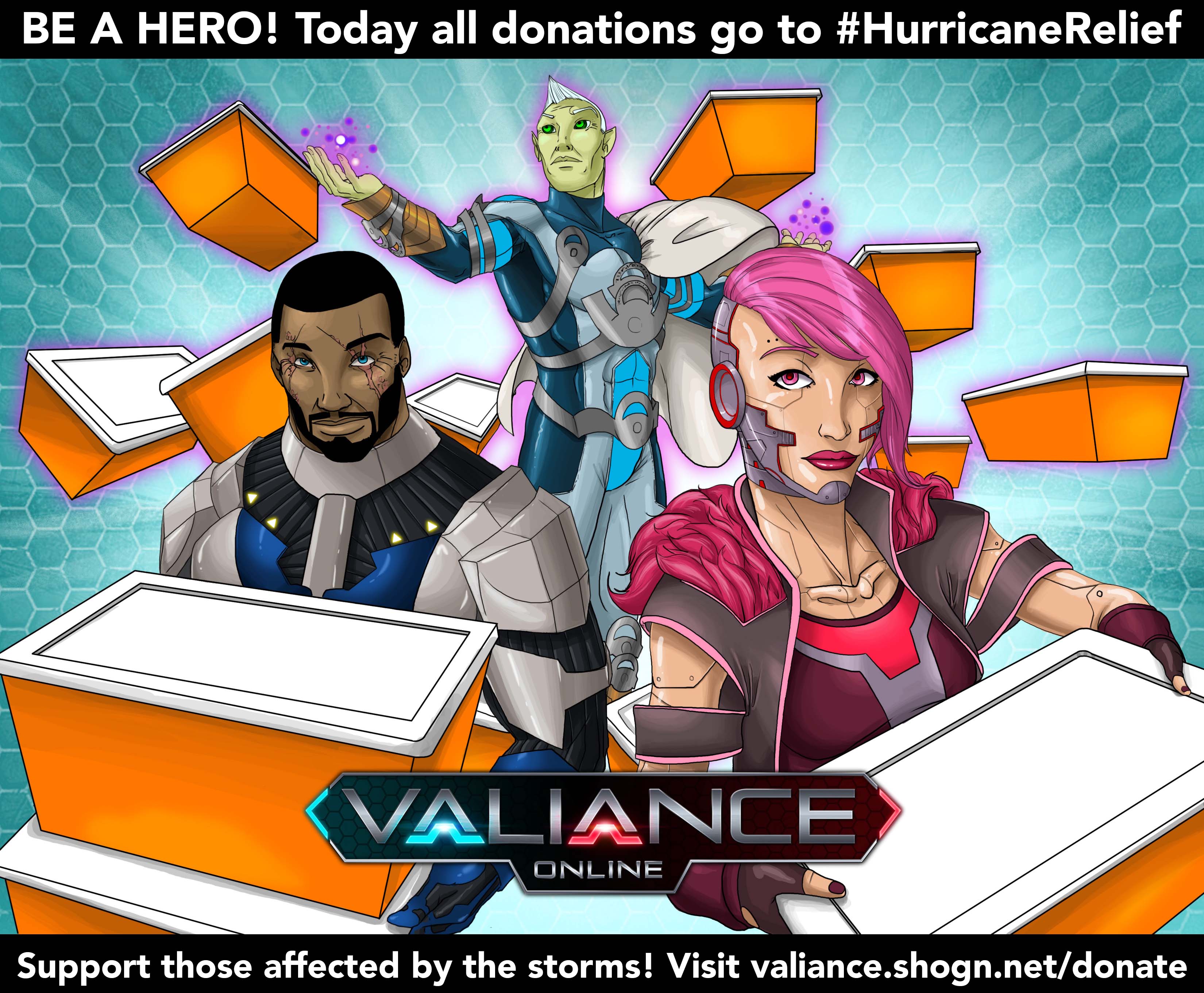 Artwork by Chad Dulac to promote Hurricane Relief and pay tribute to everyone helping those affected. 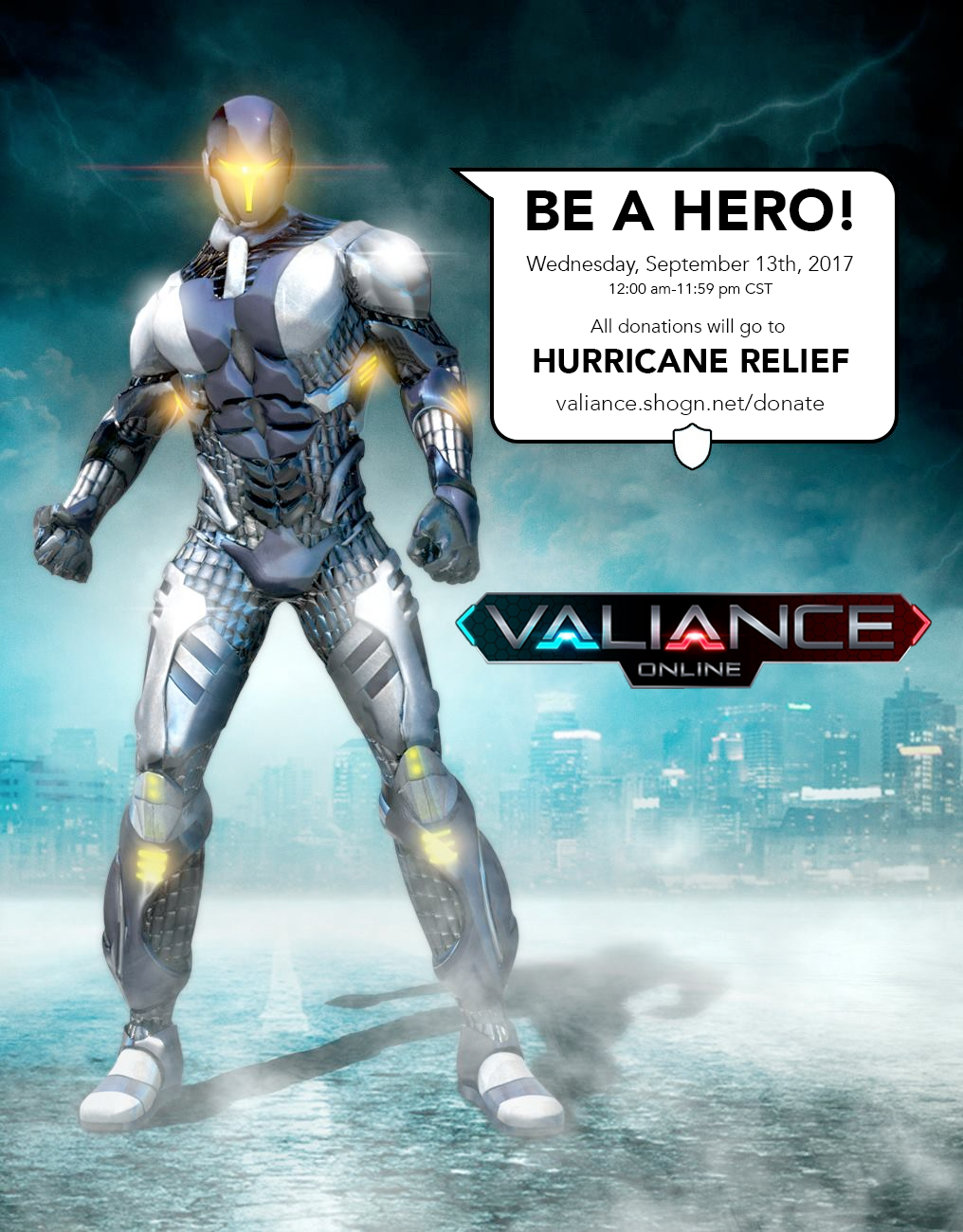 Please help us support those affected by the recent hurricanes.

People who donate will still receive the usual rewards listed on the Rewards page.

Donate at https://valiance.shogn.net/donate and thank you for your support!

Technical assistance is available at support@valianceonline.com

What Is Valiance Online?
Imagine a world full of limitless scientific advancements, immense magical power, and the unfettered potential of the human body and mind.

In this world, you choose. You can be the one to step up and save the day; the hero who strives to protect the city and the people who inhabit it.

Or you can be the one to cut a swath of destruction through the populace; the villain who rules the world with an iron fist.

Or perhaps you’re something in between?

Valiance Online is a “living world” superhero massively multiplayer online game in which player choices and actions are paramount. Set at the end of the 21st Century in the fictional city of San Cielo, players take on the roles of heroes and villains who battle using superhuman powers and advanced technology.

The Story
In 2049, the villainous superhuman organization known as Leviathan first revealed itself to the world. As their armies marched forth, countless cities were ravaged and countries torn asunder. Never before had the world witnessed the horrific might wrought by super-powered beings. Fortunately there were those willing to oppose the terror, and assist the armies of the world in this battle. Heroes arose to fight evil, to protect their people, their cities, their world. Leviathan was driven back and the world began to rebuild in a new era of peace.

On the west coast of the United States, the city of San Cielo was devastated by the double hammer blows of war and earthquake. Its citizens could easily have abandoned the ravaged city to seek out new homes, but instead they chose to rebuild, to see their city once again reach to the sky and serve as a beacon of hope.

Now, at the end of the Twenty First Century, San Cielo faces new challenges, her citizens caught in the immortal struggle between morality and villainy. On one side, the forces of Valor, led by the legendary Paramount, fight to protect the city from rapidly strengthening gangs, rising crime and other unknown evil forces. Meanwhile, the mysterious Magistor directs a resurgent Leviathan, intent on reshaping the world into his vision.

Looming above it all is The Trinity, a group of megacorporations that have introduced world-altering scientific and technological breakthroughs. Thanks to their efforts, ordinary people can now be born with, or acquire, superhuman powers, or use advanced technology to achieve the same effects. As humanity’s abilities grow, The Trinity reaps massive profits.

The Plan
Currently we have a working pre-alpha version of Valiance up and running and are beginning large scale server stress tests. It’s been a labor of love for the team over the past year, but with your help it could be so much more! Right now we have a group of passionate gamers building Valiance Online, all of whom have volunteered their time and creative energies in the belief that together we can create a new superhero MMORPG for everyone to enjoy.

Some of the features planned for Valiance Online include:

Who We Are
We are gamers, just like yourself, who know and love games. How can we say this? Our talent pool consists of former members of such companies as Turbine, Image Comics, Bethesda Softworks, FASA, Ubisoft, Hewlett Packard, THQ, Marvel Comics, DC Comics, Sony, IBM, Cryptic, Disney, Adult Swim, GSN, and yes, even NASA. Our writers have many decades of experience between them, and multiple degrees. Our sound and music department has credits that include The Last of Us: The Fireflies, and the recently produced Nightwing web series. We have access to MMO and server technology that has been 8 years in development and combined we have decades of experience in designing, building, running and playing games. We are volunteers, but make no mistake, we are not amateurs. We are dedicated to making this game a reality and following the example of some of the other great superhero games out there.
Popular Discussions View All (30)

I did not receive my invite, despite donating enough to get in the investor alpha...

Silverhelm Studios  [author] Jul 25, 2017 @ 9:08pm
Check out our latest announcement for a catch up on all of our major posts from the last month or so!

Silverhelm Studios  [author] Jul 25, 2017 @ 9:05am
Sorry for the delay in responding. It has been pretty busy lately and we'll be putting up a "catch up" post with links to some of the major announcements/discussions from the past month or so including the recent livestreams. We'll be releasing the Alpha on it's own but it will be available on Steam shortly afterwards.

Michael May 22, 2017 @ 2:53pm
Probably because the Steam community is mostly a bunch of whiney b- that's simply their choice and their right as developers. :-)