Greenlight > Games > Ludipe's Workshop
Greenlight is being retired. For more information on how to submit games to steam, refer to this blog post.
This item has been removed from the community because it violates Steam Community & Content Guidelines. It is only visible to you. If you believe your item has been removed by mistake, please contact Steam Support.
This item is incompatible with Greenlight. Please see the instructions page for reasons why this item might not work within Greenlight.
Current visibility: Hidden
This item will only be visible to you, admins, and anyone marked as a creator.
Current visibility: Friends-only
This item will only be visible in searches to you, your friends, and admins.
Missing Translation
Description Discussions0 Announcements6 Comments119 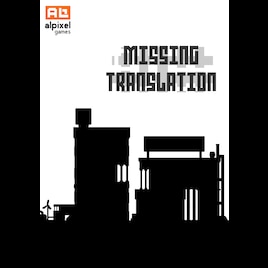 Mispgames
Offline
See all 21 collections (some may be hidden)
Recent Announcements View All (6)
An open letter to the community #3
June 10, 2015 - Ludipe

We're here once again, in a new "open letter" to let you know what's going on with the development ^^
We have three great news that we can't wait to share with you!

We got a publisher
If anyone is wondering, a publisher is a company which will help us with the marketing and distribution of our game. They do PR, pay for events and help porting the game, in exchange they take a small amount of what we make.

We negotiated a special deal and our publisher will take care of the mobile versions while we remain fully in control of PC distribution. Some other publishers offered us good deals, but they wanted to keep the PC distribution rights, and we were totally against that, as we are 100% sure about publishing the game for free.

So our publisher(aka "Made in Spain Games - GamesBoosters") helps us with PR, pays events fees and manages mobile distribution (which is pretty neat) 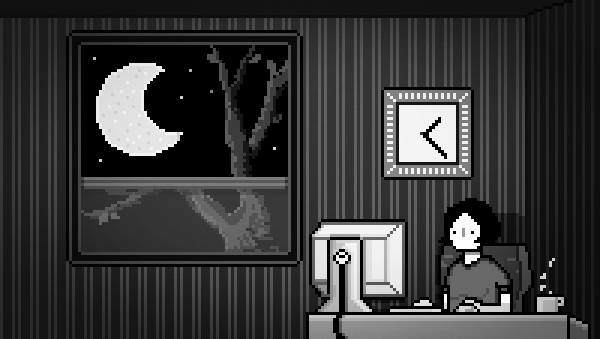 More nominations, yay!
We just found out today that we have been nominated to four categories in the national game awards, which are the most important game awards in Spain, games like "Castlevania Lords of Shadow" have been finalists in the past.

We are nominated to "Best game of the year", "Best PC game", "Best debut game" and "Best design"; we're extremely proud about it and on 25th June we'll found out if we won any of those.

The award ceremony will take place during Gamelab (a developer conference in Barcelona), so if any of you is around come and say hi :D

I'm sorry to say we won't be releasing it on Steam yet, we're going for a "soft-launch". Why would we do that and what does "soft-launch" mean?

Well, we want/need to release the game soon, we'll have the game ready in a week, but it won't include all of the Steam features (plus he mobile port won't be ready). So we're going to publish the full game on a few websites(both the regular and the collector's edition) and once that's ready we'll move on and work on the Steam SDK and the mobile port.

We'll also gather more technical feedback, hoping that, once it's released on Steam, any bug that we might have missed will be already solved.

Closing thoughts!
And that's all for now, we should get back to work, there's still coffee to drink and a whole night ahead to keep working on our project ;)

I know we once said the game was going to be ready for Christmas, that was my mistake, but I want to be completely open to you. Thing is, we are ready to close our project and publish it, sure, it has many flaws, just like any other game on the market, but we've reached a point where I believe spending more time on it wouldn't be good for the project or for ourselves.

I don't really like going around and creating hype, though I understand that winning awards does create hype. We don't try to hide anything and many people have played the game at the many events where we showcased it, soon everyone will be able to play it for free and make up their own minds.

I'm here today in a new "letter to the community" to talk about something that I consider important, I'll also make a quick but cool announcement. But before going into more details I'd like to say that "Missing Translation" has been chosen as a finalist for the 3 Headed Monkey Awards; we've been having a lot of work lately, but we can't tell you all about it yet.

Well, let's move on!
Perhaps you keep up with the gaming news or perhaps you don't really care about them at all. Lately everyone has been talking a lot about misoginy and feminism in games, which brought up some important issues. We even went through this thing thing called "Gamergate"(well, it's still kinda going on) which has probably been one of the worst things the gaming community has experienced in many years, it created too much hate between consumers, devs and journalists. 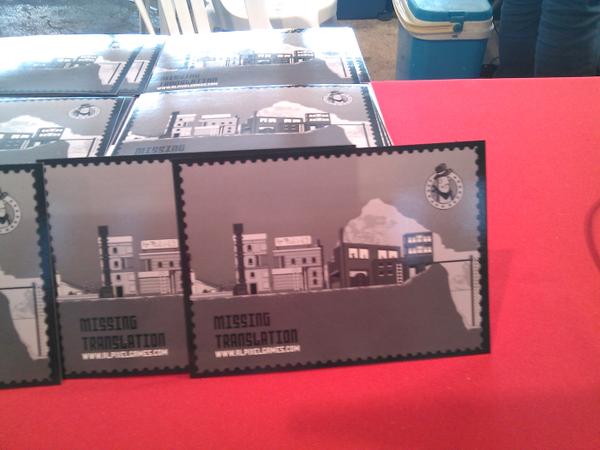 The important thing is that many developers, including myself, have realized that we need to work on a few things, break some stereotypes and improve the way we conceive most female characters in our games. Most of my games have a neutral protagonist, who isn't a male or a female; I've made some male characters, but so far I haven't created a single female character. That's completely on me, and I kept telling myself that I'd make a female character on my next "big" game and that she would be awesome.

I've been doing this for a while now, until a few weeks ago it hit me. I shouldn't wait for the next game, "Missing Translation" needs an alternative character, a female protagonist that the player may choose if that's what he/she wishes. How could I ask other devs to add a female character if I wasn't able to do the same on "Missing Translation"? Sure, we need to design a new character, re-draw every animation, implement them and search for bugs,etc; but including a new character is even harder in most projects(and takes more time). We knew we had to stop and work on this issue.

So we stopped for a second, talked about it and Gustavo came up with a design for the female character. We're not done with it yet, there's more work to be done before she is fully playable, but we're working on that. Some people might argue that the design has flaws that could be improved, that might be the case, as this kind of things tend to get criticized a lot; but I believe Gustavo did a wonderful job with the art and that we're doing something positive, perhaps most of you think we're just wasting our time or perhaps we're inspiring more people to think about this issue. 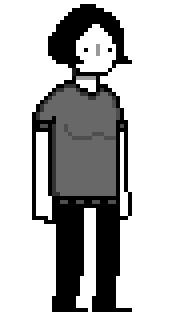 At least I know that, with this new character, the game will be more enjoyable for a lot of people, which has always been one of our goals. When it comes to "Missing Translation" all we wanted is to create a cool game that we could share with everyone and that could be enjoyed in any possible way.

And I guess that's all for now, feel free to drop us your thoughts on the comments
Read More
Description
Release date: Christmas(2014-2015)
Lost in a foreign land

Originally posted by Jupiter Hadley (on GameJolt):
"Missing Translation is a game of mystery taking the player out of their comfort zone by bringing them to a weird world where they do not know the language. On top of not knowing how to interact with locals, the player gets no instructions as to what to do in the game itself. The player is meant to go from a state of not knowing what is going on or how to do things, to figuring out puzzles and solving them. The game is meant to be much like taking someone and bringing them to a foreign place, with little knowledge and instructions as to what they need to do in this new place." .

Originally posted by PocketGamer:
"With Missing Translation, Alpixel Games prides itself on giving you no help whatsoever. You don't get a tutorial, a guide, tips, hints, or a helping hand. You have to figure it all out yourself.

Luckily, puzzles ramp up slowly, so you'll naturally figure out the basic mechanics before you're dropped into the deep end. But even outside of these classic block shifting and twisting puzzles, you're forced to figure things out on your lonesome.

Characters wander about this bizarre town, but they don't speak any known language. Instead, they converse by drawing out lines on a nine-node grid. So if you want to talk back and puzzle out the world's origins, you better start deciphering this foreign tongue.

This fascinating, monochrome, pixel art adventure is due in 2015 on Android and "maybe iOS" where it will be, bizarrely, completely free."

"Missing Translation", initially conceived as a small project, was a game we started to experiment and attempt to create something personal. However, press and players got interested on it and we decided to take it one step further.

We did a tiny crowdfunding campaign to showcase the game at a huge gaming event, and it was an incredible experience. We were recently also nominated as finalists in hoPLAY (International Festival of Independent Games) for best art and best audio.

We're currently working on the game, which we want to release for free during Christmas. Here are some of its features:

Liked the game? Vote for us and spread the word. Help us sharing "Missing Translation" with others :)

Ludipe  [author] Feb 16, 2015 @ 10:36am
@Olboyfloats : Sorry for the delay, I was showcasing the game at an event. What one of our team members posted was a confusion which has been solved by now, he will making a new post correcting the information.

Mr Sippy Feb 13, 2015 @ 11:00pm
https://www.reddit.com/r/GameDeals/comments/2vssvo/groupees_be_mine_anniversary_2_8_games_bonuses/cokvbh6 might want to reign in your team, one of the dev team members is making vague complaints without the knowledge to answer some of the simplest follow up questions.

Cerb-r-us Jan 22, 2015 @ 8:22pm
I was about to tell you that this game does not deserve to be sold because it seemed like something that would only be considered professional if it was hot out of the Newground oven.

Then I realised that you can learn a new, creative language.
Then I learnt that it was free.
Then I greenlit it.