Greenlight > Games > QuadraTron's Workshop
Greenlight is being retired. For more information on how to submit games to steam, refer to this blog post.
This item has been removed from the community because it violates Steam Community & Content Guidelines. It is only visible to you. If you believe your item has been removed by mistake, please contact Steam Support.
This item is incompatible with Greenlight. Please see the instructions page for reasons why this item might not work within Greenlight.
Current visibility: Hidden
This item will only be visible to you, admins, and anyone marked as a creator.
Current visibility: Friends-only
This item will only be visible in searches to you, your friends, and admins.
Threshold
Description Discussions1 Announcements1 Comments46 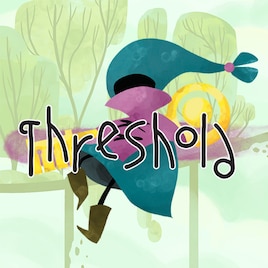 We are excited to announce that we launched a KICKSTARTER CAMPAIGN[kickstarter.quadratron.com] for Threshold. We have been working on the game over the last year as a labor of love. There is still much that needs to be done to take the game to the level of quality, depth, and beauty we would like to see before we can say that it is finished. We would love to have your support in our journey forward! For regular updates, follow us on Twitter and read our devlog for a development history.

Read More
Description
Release date: Late 2015
Threshold is a puzzle platformer game where you play as the cute little gnomish wizard, known only as Hood, return home by solving the mysteries of magical, but treacherously unstable, lands. All is not as it seems, however, as depending on which direction Hood faces, the world changes to present different challenges.

The game is currently in development, and we estimate it will launch sometime in the last quarter of 2015 for Windows, Mac, and Linux.

Spira-Virgo Feb 23, 2015 @ 9:30am
Using the climats for the jumping and the platforming, creating a unique puzzle play... Oh i deffintly love this

QuadraTron  [author] Jan 28, 2015 @ 6:14am
Thanks for all the comments and feedback folks! We had a great time showing it off at MAGFest. Hopefully we can have a new build with all the new features and game play we talked to you all about by the next showcase. Cheers!

Edward Night Jan 26, 2015 @ 10:18pm
Still yet another MAGFestian. I love the mechanics of this game, and I had a lot of fun playing while standing right next to one of the devs. Apologies for making your heart skip a beat on that one level, man.
< >