Store Page
Mount & Blade: Warband > Guides > Skipper's Guides
This item has been removed from the community because it violates Steam Community & Content Guidelines. It is only visible to you. If you believe your item has been removed by mistake, please contact Steam Support.
This item is incompatible with Mount & Blade: Warband. Please see the instructions page for reasons why this item might not work within Mount & Blade: Warband.
Current visibility: Hidden
This item will only be visible to you, admins, and anyone marked as a creator.
Current visibility: Friends-only
This item will only be visible in searches to you, your friends, and admins.

The Reality Behind Persistent World!
By Skipper
Do you play PW? Do you want to know the hard truth? This guide will give you the harsh reality behind the popular mod commonly known as Persistent World!

Section 1: The People Within PW

Comments
Introduction
So... let's be honest here. You just stopped watching your latest episode of Game of Thrones. Nothing beats that show, it is so in-depth with the lore, politics, intrigue, war. If only somebody were to make a decent game that would suit the world of Westeros (apart from the mod for CK2)! But wait! You just had a fantastic idea! Why not play Persistent World? It is a roleplay based medieval online sandbox that allows you to do pretty much anything within a medieval society! Fantastic!

You came, you saw, you conquered.

You go in with a great attitude.

You come out poor and depressed.

So how is this possible? 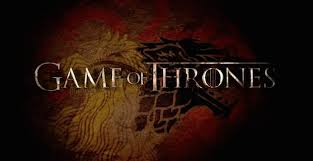 Section 1: The People Within PW
Whilst playing on PW you will meet many people... unless you are on an empty server...

These are the different types of people you will meet:

-The Noob: This guy has just got the mod, poor fellow, he is running round the map trying to work out what to do. When he tries to speak to you in local he yells it into global. He thinks there is a team chat. When he tries to buy things he ends up crafting them, just to be told he doesn't have the skills. He was exploited into dropping all his starting money by more experienced players.

-The Roleplayer: This guy loves his RP. In-fact, he loves to roleplay so much that he feels a need to describe every little action to the people around him from *Leans in to whisper* to *Breathes in... Breathes out...*.

-The Lagger: This guy needs to upgrade his PC... seriously... You see him constantly dying because he is lagging off of walls and into water due to his low fps.

-The Pinger: This guy is suffering high latency. With an average ping of 2000000 he is constantly accused of combat logging and health glitching when in reality he is just losing connection.

-The Naked Guy: One of those guys who makes a really ugly character, trains forever on nditions, gets a great sword, looks for fights, then spams his unexpecting opponent to death.

-The Tin Can: Proud of the fact he has been playing on the server longer than you, the tin can feels like a God. He rides around with his fellow tin cans and robs peasants. After all, he wouldn't want to lose his expensive armour...

-The Randomer: This guy thinks he is an exception to the RDM rule. He runs up to you, kills you, loots your stuff, runs off then finds an excuse to get out of it when the admin hunts him down.

-The Thief: This guy will rob anyone at any time in any place in the hope of profiting from their hard work. He will find a way past any rules such as "no robbing the same person until 15 minutes have passed" by getting his accomplice to rob you.

-The Outlaw: Usually groups of "think we are hard" gansta'z who run around in groups because they know they have lost all power when alone.

-The Guy Who Left The Gate Open: This guy doesn't know how to shut a gate in the middle of a siege...

-The NW Player: Hailing from a Napoleonic Wars regiment, this guy laughs at people who prance around with medieval weapons and always has a few hundred men to back him up.
Section 2: The Average PW Run
Here is the average run on PW:

You go onto the mod expecting a great time, but first you need money!

You spend the next 10 hours of your life gaining millions.

You buy the most expensive gear you can.

You are robbed of half of your earnings.

You hunt down the thieves.

Whilst in purgatory due to your ping some douche RDM's you.

The admins refuse to be helpful.

You leave with no money and frustrated.

This has never not happened to me.
< >
67 Comments

Cpt.Cocksuck Nov 24, 2017 @ 10:12am
-The Naked Guy: One of those guys who makes a really ugly character, trains forever on nditions, gets a great sword, looks for fights, then spams his unexpecting opponent to death.
The best thing to do

Jarlaxle Jan 10, 2017 @ 7:38pm
Persistent World is awful at this point. I had three people with pistols camping the spawn area and just going up to me saying "Money now" as I had no idea what to do they shot me and the admin defended them