Greenlight > Games > South East Games's Workshop
Greenlight is being retired. For more information on how to submit games to steam, refer to this blog post.
This item has been removed from the community because it violates Steam Community & Content Guidelines. It is only visible to you. If you believe your item has been removed by mistake, please contact Steam Support.
This item is incompatible with Greenlight. Please see the instructions page for reasons why this item might not work within Greenlight.
Current visibility: Hidden
This item will only be visible to you, admins, and anyone marked as a creator.
Current visibility: Friends-only
This item will only be visible in searches to you, your friends, and admins.
Paint the Town Red
Description Discussions28 Announcements3 Comments587 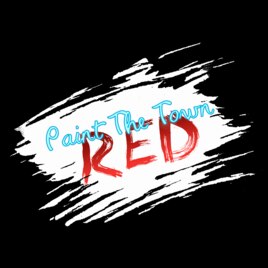 We're very happy to announce that Paint the Town Red is now available on the Steam Store page here: http://store.steampowered.com/app/337320.

This is the first Early Access version, but it is quite far along in development with the Biker Bar and Disco levels already featuring plenty of ways to bash, stab and slice the voxel enemies.

The launch discount of 15% off will last one week so this is the best time to get in and start fighting for your life.

We appreciate everyone that supported the game on Greenlight and I'm sure you'll find this version is far, far beyond the game jam version.

If you have any issues or suggestions, please post them in our Community forum.

It has been a long time coming, but we are in the final stretch to the first release on Early Access. We've just got the Steam page up for the game with a new trailer and screenshots showing some pre-alpha gameplay.

We've also started a Sub Reddit for community discussion or you can use the new Steam Community Hub for the game.

Read More
Description
Release date: Early 2015
Everywhere an enemy, everything a weapon.
Your cover has been blown and now the gang you infiltrated won't stop until you're in the ground.

Origins and early Game Jam Prototype
After enjoying creating Probably Archery last year during the 7DFPS (Seven Day First Person Shooter) game jam and then being fortunate enough to release a larger version on Steam, we wanted to create something even bigger and more creative during this years jam. The result was Paint the Town Red, a brutal first person melee fighting game. In the version we developed in 7 days (available from the links below), you take part in a huge bar brawl where anything you can get your hands on is a weapon and can be used to slice, bludgeon, sever and stab.

The Full Version
When the game started coming together in the final couple of days of the jam, we really fell in love with it. There are so many more ideas, environments, weapons, etc we want to add so we decided we'd put the game on Greenlight in the hopes that we can get the game into Early Access and work with the community to build on the unique gameplay in the game.

The full version will include:

Please vote and help get the game greenlit sooner by spreading the word. #PaintTheTownRed

F.A.Q.
Q: Why do you want to put the game in Early Access?
A: Last year we made and released Probably Archery on Steam based on a game jam game. We had limited time and resources to make the full version and weren't able to spend the time with the community we'd have liked to to iterate on the design. With Paint the Town Red, we'll have more time to develop the game and its design fits better with an iterative roll-out of content. It's also more conducive to change and the addition of new features based on community feedback. With the game jam version already complete, we can get up and running quickly on Early Access and start adding more content straight away.

Q: Will there be guns in the game?
A: Probably in some limited capacity. Any guns would likely have very limited ammunition and would be a rare, special item or something a tougher enemy might have.

Q: Will feature X of the game jam version be fixed/improved/removed?
A: If it's something that needs to be then it will be. Making a game that large in 7 days is very difficult so there are lots of elements large and small we'd immediately improve and add to.
< >
587 Comments

saw this on the patch notes what does it mean