Store Page
Arma 3>  Workshop > Cirav [FR]'s Workshop
This item has been removed from the community because it violates Steam Community & Content Guidelines. It is only visible to you. If you believe your item has been removed by mistake, please contact Steam Support.
This item is incompatible with Arma 3. Please see the instructions page for reasons why this item might not work within Arma 3.
Current visibility: Hidden
This item will only be visible to you, admins, and anyone marked as a creator.
Current visibility: Friends-only
This item will only be visible in searches to you, your friends, and admins. 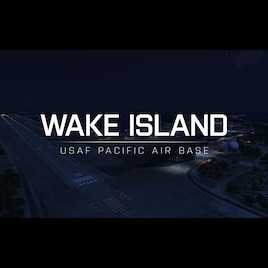 Cirav [FR]
Offline
See all 3185 collections (some may be hidden)

Description :
Wake Island is a coral atoll just north of the Marshall Islands. It is an unorganized, unincorporated territory of the United States, administered by the Office of Insular Affairs, U.S. Department of the Interior. There are about 150 people living on its 2.85 square miles. Access to the island is restricted, and all activities on the island are managed by the United States Air Force. There is also a missile facility operated by the United States Army. The largest island, Wake Island, is the center of activity on the atoll and is the location of Wake Island Airfield, which has a 3 000 m runway.

Installation:
1: Subscribe in the workshop
2: Go to your Steam library, right click Arma 3, click 'Open Launcher'
3: You will see the Wake map being downloaded in the launcher, close the launcher once completed.
4: Start Arma 3 via steam (not launcher), click 'Configure', then 'Expansions' and enable the Wake map. It will then instruct you to restart Arma.
5: Done. You can now access Wake in the editor.
By Frankovich213
Popular Discussions View All (1)

Installing on a server.
Roman_Actual
< >
268 Comments

NileRIverShitter May 8 @ 7:04pm
is there a ww2 version of this map anywhere? i cannot find it

B✪✪tsy Feb 26, 2021 @ 10:28am
I appriciate your time and effort on creating this map, for specific type of missions the map is really great. There is also plenty of flat open space left for custom compounds, something I miss when creating missions on the official maps. Thanks!