Store Page
Crusader Kings II>  Workshop > chatnoir17's Workshop
This item has been removed from the community because it violates Steam Community & Content Guidelines. It is only visible to you. If you believe your item has been removed by mistake, please contact Steam Support.
This item is incompatible with Crusader Kings II. Please see the instructions page for reasons why this item might not work within Crusader Kings II.
Current visibility: Hidden
This item will only be visible to you, admins, and anyone marked as a creator.
Current visibility: Friends-only
This item will only be visible in searches to you, your friends, and admins. 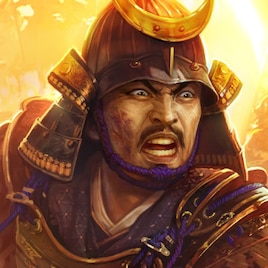 awak
Offline
See all 184 collections created by chatnoir17 and other people (some may be hidden)
You need DLC to use this item.

This item has been added to your Subscriptions. Some games will require you to relaunch them before the item will be downloaded.
In 1 collection by chatnoir17
Nova Monumenta Iaponiae Historica

14 items
Description
This mod (Ver. 1.0) is compatible with 3.3 patch. You can play Ainu or Christians characters without Raja of India mod. However, You need the DLC to play the most characters, since we use its buddhist code for Japanese characters.

Attention
If you got crash during the loading screen, try to reinstall the mod (both NMIH folder and NMIH.mod file).
From version 0.8.0, you don't need the following sub mods to enjoy thie mod. They are included into the main mod. Please uncheck these mods.
*Graphical Pack
*Event Pictures

Announcement
Considering huge amount of works, we really want to see more team members for this mod. Here is the list about what you could help.
- (re)write events: not only coding the script, but also localizing the vanilla texts for Japanese culture
- fix vanilla mechanics or code new ones: we could have unique systems in this mod, in order to represent Japanese society better
- draw graphics: there are still many materials which could have better visuals- research history: Many historical characters are waiting for joining in this mod...We are reorganizing our team. Please contact us if you have interest in this mod and have time to help us!See also*My twitter account*Discord Channel (JP/EN): https://discord.gg/ejR5svN*Official thread on the Paradox forums[forum.paradoxplaza.com]----------------------------------------------This Mod is a CK2 Mod about the medieval era of Japan, called Sengoku Jidai. This mod contains following features.- The Genpei Scenarios (1180) and the Sengoku era between 1467 (The Onin War) and 1582 (The Honnoji Incident). You can also play on any date in the latter era.- Map between Hokkaido and Ryukyu, they are based on the historical provinces. Similar to the map of Sengoku (game), but more historically accurate for the 16th century- Historical Japanese settlements such as castles, cities and manors. The starting and max. number of baronies in each province is based on surveys in the 16th and 19th centuries.- Historically accurate family trees of Japanese clans- Historical buddhist revolters such as Ikko Shu and Hokke Shu- Many unique historical and cultural events- Interaction with the Imperial Court and the Shogunate- Events with Westerners- Japanese localization of vanilla features- Portraits of historical pictures- Original Unit 3D modelsPlease also note that this mod is still in the alpha phase. Please be patient and give us support!(early thumbs up would be highly appreciated though^^)Use bug report and suggestion thread wisely! It is better to use these topic threads than the simple comment, since I could miss some of your important messages!Please also check the following sub mod(s)!*Anime Portrait Pack*Qing Invasion*Seven RoninTeam Members and Contributors (including old members)ayconechatnoir17hamanekaipainKhorneykk0192kzmaxLunawolf242Remitonovseishinouyays_sthlmZabaraContributorsCamara: map adjustment for patch 1.10-Miroslav Milosevic - for 3D modelsSchwarzKatze - for suggestions and bug reportsMitsusonator: ainu buildingsDrakon: English localization improvementJo: Spanish localizationThe Legendary Carmine: English localization improvementGrand Historian: English localization improvementSpecial Thanks to- guys who have contrubuted historical research at the Japanese CK2 Wiki- Your Personal Castle Team (=F4D=Nuubialainen and dangitsdaaaaang)- AGOT team for regency system and other features.Alternative Manual DownloadA very good news for some people who are hated by Steam Workshop.Here is the alternative link of NMIH ver.0.5.5, including graphic/event screen add-ons!*Link is available via Paradox forum[forum.paradoxplaza.com]Download the mod from the link in the above discription, extract them (mod folder and .mod file) into your document/paradox interactive/crusader kings 2/mod folder, then choose "NMIH All in One" in the mod tab.Steam Workshop might dislike you, but NMIH NOT!Please also don't forget to keep the subscribing the workshop page anyway to keep the number, besides good (or bad, sometimes)!
Popular Discussions View All (7)

Atharaphelun Sep 8 @ 3:22am
Also, is it completely impossible to make the imperial succession cognatic?

Atharaphelun Sep 7 @ 4:14am
Is it not possible to play the faction of the Emperor in Kyoto?

RealPopeFrancis Jul 11 @ 7:26am
The mod crashes during the loading screen, I have downloaded and deleted the mod too many times already, I have removed all performance mods I have except the mod's submods, nothing works, it crashes when making textures and the error message is something something memory.
< >