Store Page
Train Simulator>  Workshop > Mr._Headshot's Workshop
This item has been removed from the community because it violates Steam Community & Content Guidelines. It is only visible to you. If you believe your item has been removed by mistake, please contact Steam Support.
This item is incompatible with Train Simulator. Please see the instructions page for reasons why this item might not work within Train Simulator.
Current visibility: Hidden
This item will only be visible to you, admins, and anyone marked as a creator.
Current visibility: Friends-only
This item will only be visible in searches to you, your friends, and admins. 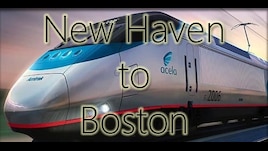 cActUsjUiCe
Offline
See all 74 collections (some may be hidden)
You need DLC to use this item.

This item has been added to your Subscriptions. Some games will require you to relaunch them before the item will be downloaded.
Description
ANNOUNCEMENT: This project is being put on-hold until the following conditions are met:

1) The route editor tools no longer crash the game, are more efficient, and are more functional (particularly the gradient and easments tools).

2) Existing routes can be carried over to the Unreal Engine 4 version of the game that is probably set to come out sometime next year.

If these conditions are not satisfied via patches for either TS2016 or TS2017, then I will wait till either the Unreal Engine 4 version of the simulator is released OR a better simulator from a different company is released.

I have been though a lot of crap with this editor and feel like I am fighting a constant battle with it. As such, development isn't enjoyable. If my current work can't be carried over to the UE4 version of the game, then my time is mostly wasted.

I want a great platform to develop on and that's what I am ultimately waiting for.
Want to test the route between official Workshop releases? Subscribe to the "New Haven - Boston (Preview Channel)"! http://steamcommunity.com/sharedfiles/filedetails/?id=624601429

Frequently Asked Questions
What is a defect detector?
A device which inspects passing trains for hot boxes (overheating axle bearing) and equipment dragging on the tracks. After the inspection the report is sent over radio frequency to the train engineer.

What is a catenary dead section?
An area of catenary with no current flowing through it. When passing through these areas on an electric locomotive, reduce the throttle to 0%. Refer to http://en.wikipedia.org/wiki/Amtrak%27s_60_Hz_traction_power_system for more information.

What is an interlocking?
An area where trains can switch tracks. Moveable bridges in Connecticut are also considered interlockings. Interlockings are always accompanied by sets of wayside signals to govern movements through that interlocking.

Miscellaneous Information
The AEM-7's cab signalling system is currently the ONLY locomotive with fully operative cab signals in this route. With the release of New York - New Haven, the Acela, HHP8, and ACS-64's cab signalling systems do not have complete compatibility with the original NEC signals used in this route. I have reached out to Dovetail Games about this and they acknowledge that the issues exist but not to expect a fix anytime in the near future.

Thank you and enjoy!
Popular Discussions View All (3)

Does not work unfortunately
buffyad

Trains (VC Disabled) Mar 12 @ 3:58pm
If this ever gets updated in the future, I took a trip up north recently on this section and it looks like all the signals are now Trilights (which are in the NJCL route), with the exception of some in Boston & dwarf signals.
No idea if this will help, but if it doesn't get updated ever again, bummer - but thanks for making this! Really enjoy it.

JGamer100 Mar 10 @ 9:12pm
Is this project still being developed? It would be a super addition to TS.

Train538  [author] Jul 4, 2019 @ 8:26pm
Definitely see if you have all the required DLCs. If you do, definitely delete the route from your game and redownload.

Zero The RC Salesman Jul 3, 2019 @ 8:31am
Hey, I can't seem to see multiple stations? Lots of SLE station platforms are missing, same for Back Bay, Ruggles, South Station. Should I redownload?

Train538  [author] Sep 18, 2018 @ 11:51am
Anthony, although this route has not been updated in some time, I recommend deleting the route, then let Steam reinstall it. Let me know what happens.

Anthony’s Trains Sep 14, 2018 @ 9:49pm
Hello, i just wanted to say that there is a spot of track just north of Kingston, RI @ Kingston International where the track disappears out of no where and my train slams into the ground and derails, I was hoping someone could take a look and try to fix the problem if they can. Thanks!