Greenlight > Games > Peltast's Workshop
Greenlight is being retired. For more information on how to submit games to steam, refer to this blog post.
This item has been removed from the community because it violates Steam Community & Content Guidelines. It is only visible to you. If you believe your item has been removed by mistake, please contact Steam Support.
This item is incompatible with Greenlight. Please see the instructions page for reasons why this item might not work within Greenlight.
Current visibility: Hidden
This item will only be visible to you, admins, and anyone marked as a creator.
Current visibility: Friends-only
This item will only be visible in searches to you, your friends, and admins.
Why Am I Dead At Sea
Description Discussions1 Announcements1 Comments66 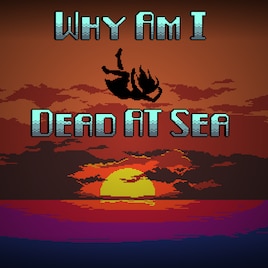 Peltast
Offline
See all 7 collections (some may be hidden)

View Why Am I Dead At Sea in the store

We're coming to Steam!! Huge thanks to everyone who voted! Also, thank you everyone who commented, your kind words are appreciated.

The game's development is in its final stages. I'm going to try and nail down a release date as soon as possible, and I'll let everyone know when I have it.

Read More
Description
Release date: Early 2015
Why Am I Dead At Sea is a mystery/adventure game with a twisted murder at its center. And you are the murder victim.

To understand why, you will need to inhabit the other residents of the ship and use them to investigate what led to your untimely demise. Each combination of characters leads to a unique conversation based on the relationship those two characters have. Understand what makes your shipmates tick, and uncover the secrets that they hold.


Coming to Windows and Mac early 2015. Thank you for your interest and support!

Commissaris Van Leemhuyzen Jan 17, 2015 @ 4:31am
I "why am I dead" played. I thought it was a short game but the plot twists were very good. I believe this will be a good game.

WaywardSon Dec 21, 2014 @ 12:01pm
I played Why am I dead: Rebirth and enjoyed it. I think with some extra time and polish, Why Am I Dead At Sea could be twice as good, and th eorginal was alreayd an intruging experience.
< >

Why Am I Dead At Sea has been Greenlit and is now listed in the Steam store. For the latest information, purchase options, and discussions for Why Am I Dead At Sea, please see it on the Steam Store or in the Steam Community.
Visit Store Page
For more details Visit Community Hub
For latest discussions
If you really, really want to, you can continue to the Greenlight page. Information on this page may be out of date, since all the action has moved to the areas noted above.