Greenlight > Games > TrueLightGames's Workshop
Greenlight is being retired. For more information on how to submit games to steam, refer to this blog post.
This item has been removed from the community because it violates Steam Community & Content Guidelines. It is only visible to you. If you believe your item has been removed by mistake, please contact Steam Support.
This item is incompatible with Greenlight. Please see the instructions page for reasons why this item might not work within Greenlight.
Current visibility: Hidden
This item will only be visible to you, admins, and anyone marked as a creator.
Current visibility: Friends-only
This item will only be visible in searches to you, your friends, and admins.
Through The Shadows - Episode One, Chapter One
Description Discussions0 Announcements1 Comments115 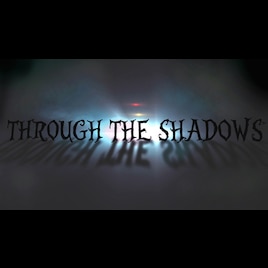 Read More
Description
Release date: October 6, 2014
Through The Shadows is an Episodic First Person Adventure Game for Windows PC.
This is the first release in the series. Every full game is an individual Chapter.
This listing is for Chapter One of Episode One: The Darkness Revealed.
This represents 10+ hours of game play.
You play as the character Jesse, discovering information, exploring vast environments, figuring out clues and puzzles, in a historical fiction story-telling format that includes biblical and historical information to drive the story as it develops.
Through The Shadows Episode One, Chapter One extends 34 levels of game play and is designed with the love of classic adventure games and the details of environment-based level-solving elements of the best 3D first person games.
It strives to bring a detailed sense of atmosphere and includes elements of a Survival Horror game play to the traditional adventure game. It focuses on exploration rather than interaction with characters
Through The Shadows has been created with a love for detail, including the sound environment and fully orchestrated soundtrack,
The creator, Michael Angel of True Light Games, has a background in Music Composition and Recording, Audio Engineering, and the Visual Arts, and brings these elements into the game world.
There is a playable four level Demo.
Please consider playing my game to help me continue forward with Chapter Two.
Through The Shadows Episode One Chapter One Official Landing Page:
http://truelightgames.com/TTS-Land/ch1.html
< >
115 Comments