Greenlight > Games > Game4Phone.com's Workshop
Greenlight is being retired. For more information on how to submit games to steam, refer to this blog post.
This item has been removed from the community because it violates Steam Community & Content Guidelines. It is only visible to you. If you believe your item has been removed by mistake, please contact Steam Support.
This item is incompatible with Greenlight. Please see the instructions page for reasons why this item might not work within Greenlight.
Current visibility: Hidden
This item will only be visible to you, admins, and anyone marked as a creator.
Current visibility: Friends-only
This item will only be visible in searches to you, your friends, and admins.
Action Stations Jetpack Mission
Description Discussions0 Comments33 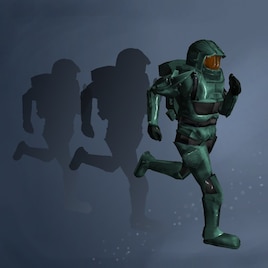 Space is uniquely suitable only for those who dare defy Natures laws.
In this Solar System the focus is the blue green planet called Earth and a space station orbiting it called Alt-PA 9 a man is nearby floating around collecting orders from his superiors as he attempts what can only be described as a last attempt.

Back on Earth it was a routine common to every astronaut but here now with this strange set of circumstances it was to become one mans suffering or possibily that of the rest of the worlds.

Earth is orbited by 18 Russian space stations.
These provide the platform for space travel.

Each Russian station has malfunctioned and is operating in a lower orbit than usual. Hence gravity is affecting you slightly but not the ships. These old russian space stations are built in a different era.
Your mission is to teleport aboard and reach the space craft at the other end.
This will then override the ships computer. Restoring the orbit of the space station.
Destroy the meteors before they hit the ship.
Reaching the space craft at the end will also mean immediate teleportation to the next space station.

Game4Phone.com  [author] Dec 20, 2014 @ 2:13am
Re Full Controller Support - After 3 months it is 6% of the way to be being released. As much as I would like to say yes, it is very unlikely to get released on Steam for PC or Mac. You can get it via the MAC store or drop me an email and I will send you a build for the pc for a small paypal fee.