Greenlight > Games > dlan's Workshop
Greenlight is being retired. For more information on how to submit games to steam, refer to this blog post.
This item has been removed from the community because it violates Steam Community & Content Guidelines. It is only visible to you. If you believe your item has been removed by mistake, please contact Steam Support.
This item is incompatible with Greenlight. Please see the instructions page for reasons why this item might not work within Greenlight.
Current visibility: Hidden
This item will only be visible to you, admins, and anyone marked as a creator.
Current visibility: Friends-only
This item will only be visible in searches to you, your friends, and admins.
Reckpunk
Description Discussions1 Comments32 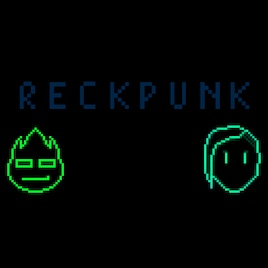 dlan
Offline
See all 5 collections (some may be hidden)

View Reckpunk in the store

Store page
Description
Reckpunk is a platformer where you destroy obstacles and move level elements directly using your mouse, rather than controlling the main characters. Even though the characters move by themselves, you can push them, use blocks to slow them down, and bring them to inaccessible places.

Each level got it own theme. It could be avoiding indestructible spikes, making bridges over a cliff or escaping angry dragons.

The game and a free demo are available on itch.io:
http://dlan.itch.io/reckpunk

Originally posted by indieretronews.com:
Not only is Reckpunk a great looking 8-bit styled game, which would probably look good on a Spectrum it also features fun and challenging game play.

Originally posted by gamingonlinux:
Now and then a platformer game comes along that looks quite a bit different than the usual crop and "Reckpunk" is one such game.

Originally posted by wraithkal.info:
Reckpunk‘s definitely not for the HD-crazed. As for the rest of us, there’s plenty to like about the game, including how noticeably different the gameplay is, compared to most recent 2D platformers

Originally posted by Shoost.co:
Don't let the 8-bit graphics fool you; Reckpunk is an up-and-comer that bleeds design in favor of flash.

dlan  [author] Feb 15, 2017 @ 10:38am
The game is distributed for free starting with the steam release, so you can grab it directly from the store page.

dlan  [author] Dec 12, 2016 @ 10:41am
@devotee Sorry for the late reply, the steam release is coming soon, hopefully in a week or two. Still some work to do on achievements and it will be ready for release.

Reckpunk has been Greenlit and is now listed in the Steam store. For the latest information, purchase options, and discussions for Reckpunk, please see it on the Steam Store or in the Steam Community.
Visit Store Page
For more details Visit Community Hub
For latest discussions
If you really, really want to, you can continue to the Greenlight page. Information on this page may be out of date, since all the action has moved to the areas noted above.