Greenlight > Games > Wired Productions's Workshop
Greenlight is being retired. For more information on how to submit games to steam, refer to this blog post.
This item has been removed from the community because it violates Steam Community & Content Guidelines. It is only visible to you. If you believe your item has been removed by mistake, please contact Steam Support.
This item is incompatible with Greenlight. Please see the instructions page for reasons why this item might not work within Greenlight.
Current visibility: Hidden
This item will only be visible to you, admins, and anyone marked as a creator.
Current visibility: Friends-only
This item will only be visible in searches to you, your friends, and admins.
Last Inua
Description Discussions2 Announcements7 Comments153 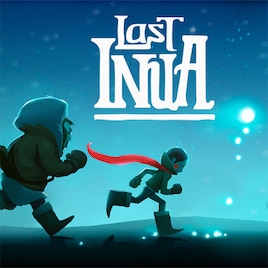 Wired Productions
Offline
See all 15 collections (some may be hidden)

View Last Inua in the store

We're delighted to announce that Last Inua is now available for PC & Mac! Thanks to all your support in helping Last Inua pass the Steam Greenlight!

Head on over to the official store here and dont forget to leave us a comment! We'd love to hear your feedback.

We're very pleased to win this award and thank everyone for their support!

Read More
Description
Release date: OUT NOW!
A father and son tale, Last Inua will leave you breathless with its immersive, emotional and captivating gameplay.

Last Inua is an immersive and emotional, award winning 2D platform adventure game developed by Glowforth. Designed for the young and old and mixing classic platform genres, culminating in a captivating experience, Last Inua tells the tale of an Inuit family’s fight for survival against a fearsome demon and the harsh elements of the mythical Arctic.

The Tonrar, a demonic trickster, has awoken in the Arctic. The mythical powers that are still very active in this part of the world are under severe threat. The Tonrar is spreading his darkness that is taking over both the physical aspects (ice, snow and caves) but also the mythological. The Inuit gods, giant mythical creatures; the Ice Bear, the Raven and the Narwhal are all under threat by the Tonrar. They are slowly losing their power, health and sanity - infected by this darkness. Hiko and Ataataq are the only hope, yet Hiko is physically and will need to rely on the brute strength of his powerhouse father, Ataataq.

Guiding Hiko, his physically weak but gifted son along this epic journey, Ataataq will need to rely on his brute strength to overcome many obstacles. Hiko, although more fragile than his father, carries with him supernatural abilities and magical skills that exceed the physical powers of his father.

Together, Ataataq and Hiko must traverse the arctic landscape and visit The Trinity of the Mythical Creatures to help defeat the malevolent Tonrar. Physically weak and fragile, Hiko will need the help of his father to reach the end of this wondrous tale.

How hard is platforming?
FOAD

Wired Productions  [author] Dec 12, 2014 @ 6:30am
Hi Everyone! Thanks so much for all your comments and support! We're pleased to announce that Last Inua is now available on Steam with a 25% LAUNCH DISCOUNT for a limited time only! Grab your copy now!

Last Inua has been Greenlit and is now listed in the Steam store. For the latest information, purchase options, and discussions for Last Inua, please see it on the Steam Store or in the Steam Community.
Visit Store Page
For more details Visit Community Hub
For latest discussions
If you really, really want to, you can continue to the Greenlight page. Information on this page may be out of date, since all the action has moved to the areas noted above.