Greenlight > Games > Mr. Perry's Workshop
Greenlight is being retired. For more information on how to submit games to steam, refer to this blog post.
This item has been removed from the community because it violates Steam Community & Content Guidelines. It is only visible to you. If you believe your item has been removed by mistake, please contact Steam Support.
This item is incompatible with Greenlight. Please see the instructions page for reasons why this item might not work within Greenlight.
Current visibility: Hidden
This item will only be visible to you, admins, and anyone marked as a creator.
Current visibility: Friends-only
This item will only be visible in searches to you, your friends, and admins.
That Which Sleeps
Description Discussions6 Announcements13 Comments293 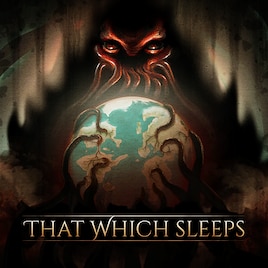 Fenicks
Offline
See all 43 collections (some may be hidden)
Kickstarter
Recent Announcements View All (13)
First Look at Gameplay!
October 28, 2015 - Fenicks

Hey folks - we posted our first look at some actual gameplay from That Which Sleeps. Josh takes several turns as Belial and shows off some of the early game and mechanics. I know this has been a long time in coming but I hope you enjoy what we've got to show so far.

In case you haven't been following along we released 2 new massive updates over on our Kickstarter Page.

In update 28 we talk about the different types of magics and rituals found in That Which Sleeps, and in update 29 we discuss war and combat's role on the game. You definitely want to check these out to get a in depth look at some of our more advanced gameplay mechanics.

We've also updated most of our screenshots here on Steam. We really hope you can see the vast improvements we've made to the visuals thanks to our extremely generous (and patient) Kickstarter backers.

Read More
Description
Release date: Summer 2015
That Which Sleeps is a turn based strategy game in which the player takes on the role of an awakened evil from the world's past and must manipulate a living, reactive world from the shadows using a cast of unique corrupted Agents. The player must balance an aggressive approach utilizing his considerable power and eager hordes with the need to remain unknown to the Champions and Heroes of the world. Corrupt, conquer, charm, and manipulate - with a fully realized world driven by thematic AIs that follow their own interests you can pursue multiple paths to victory.

Our Kickstarter is Live!

King Maelstrom the Esoteric Apr 19, 2019 @ 1:21pm
Make sure you report them to Kickstarter. The report button is at the very bottom of the page: https://www.kickstarter.com/projects/kingdinosaurgames/that-which-sleeps

[303] SynergyFactor Apr 19, 2019 @ 1:06pm
Game is COMPLETELY dead, regardless of what these people are saying. Creator website is defunct, Fenicks fell off the face of the Earth, Twitter/Facebook are gone. This is money down the drain for those of us that Kickstarted it.

Kurvek Mar 12, 2018 @ 3:51am
Game isn't dead, 2 more videos have been released on the youtube channel. Developer is just REALLY bad with deadlines and consistency.

That has a free, playable version of their game. Not asking anyone to donate to it, just spreading the word that someone else has made that which sleeps by another name.