Greenlight > Games > niklasswanberg's Workshop
Greenlight is being retired. For more information on how to submit games to steam, refer to this blog post.
This item has been removed from the community because it violates Steam Community & Content Guidelines. It is only visible to you. If you believe your item has been removed by mistake, please contact Steam Support.
This item is incompatible with Greenlight. Please see the instructions page for reasons why this item might not work within Greenlight.
Current visibility: Hidden
This item will only be visible to you, admins, and anyone marked as a creator.
Current visibility: Friends-only
This item will only be visible in searches to you, your friends, and admins.
Sylvio
Description Discussions1 Announcements6 Comments110 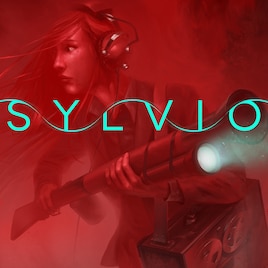 niklasswanberg
Offline
See all 16 collections (some may be hidden)

View Sylvio in the store

Yesterday evening the enchanted mail popped up from Steam. I am proud to say Sylvio has been greenlit by the community, and the game will be available on Steam on the day of launch.

THANK YOU to everyone who has voted, commented and shown interest.

This is the current timetable up until release.

If you're a let's player or game journalist who would like the Kickstarter funded promo package, send a mail to press@sylviogame.com

If you're interested in being a beta tester, send a mail to beta@sylviogame.com. If you have prior experience in testing, please name the games you've tested. Keep in mind that beta testing is mainly an error-finding task, and that the gameplay value is not guaranteed to be satisfactory.

Full steam ahead, joyful times, we're on our way. :)

Sylvio is running the last week on Kickstarter, and is 150 % funded! Amazing times! Do check it out and consider backing!

Also, today I released a new gameplay video with audio commentary, where we'll make a visit to a little village in the middle of Saginaw Family Park, once inhabited by a family cult called The Hensons. Nowadays it's deserted, but there seems to be some spirit activity in one of the houses.

All the best
//Niklas

Read More
Description
Sylvio is a story-driven mystery / horror FPS in the horrendous surroundings of Saginaw Family Park. It is inspired by David Lynch's movies and the Silent Hill games.

Juliette Waters is an audio recordist, specialized in recording the voices of ghosts. In search for a good recording, she has trespassed into an old family park called Saginaw. The park has been closed to the public since a deadly storm in 1971. Unaware to her, there is an old curse dwelling in the forests of Saginaw. The curse was named Sylvio centuries ago by italian settlers.

Juliette finds herself trapped in an old restaurant in the park, and strange things start to unfold. Who are the people in the park? Will be she be able to defend herself from Sylvio? And who keeps whispering on Juliette's recordings?

Juliette has a couple of gadgets to her aid.

The shotgun. It is powered by the air pressure from a regular spray can, and can be loaded with anything found in the world that fits in the barrel. For example small rocks, spuds, pieces of glass, screws, etc.

The stereo microphone with oscillator. The microphone is for sound recording, and the oscillator for the frequencies outside the hearing spectrum. It will spark up differently depending on what kind of frequencies it picks up.

The Reel Recorder. Complete with seven recording reels, it can be played forward / backward in fast, slow or normal speed. The spirit world isn't always following our laws of time and space, so sometimes hidden messages can be found when listening to the recording through various ways.

There are 100+ inventories found throughout the world used only once or a couple of times. Juliette also finds a yellow car for transportation.
Popular Discussions View All (1)

xsonicchaos Dec 18, 2014 @ 11:53am
Voice acting is impresively good, and not just for a small indie game like this. So far, it looks like it has a lot of potential, but need a great amount of improvements and polishing. Now, I know what every dev is saying, that it's only in alpha or beta, but Lunar Software upped that one with Routine, so that's no excuse. Still, love the premise of the game, and I hope I won't be disappointed.

Sylvio has been Greenlit and is now listed in the Steam store. For the latest information, purchase options, and discussions for Sylvio, please see it on the Steam Store or in the Steam Community.
Visit Store Page
For more details Visit Community Hub
For latest discussions
If you really, really want to, you can continue to the Greenlight page. Information on this page may be out of date, since all the action has moved to the areas noted above.