Store Page
Garry's Mod>  Workshop > CaptainBigButt's Workshop
This item has been removed from the community because it violates Steam Community & Content Guidelines. It is only visible to you. If you believe your item has been removed by mistake, please contact Steam Support.
This item is incompatible with Garry's Mod. Please see the instructions page for reasons why this item might not work within Garry's Mod.
Current visibility: Hidden
This item will only be visible to you, admins, and anyone marked as a creator.
Current visibility: Friends-only
This item will only be visible in searches to you, your friends, and admins. 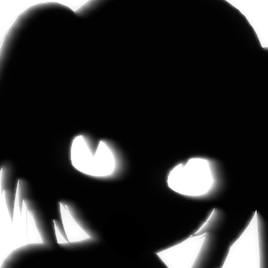 CaptainBigButt
Offline
See all 21807 collections (some may be hidden)

This item has been added to your Subscriptions. Some games will require you to relaunch them before the item will be downloaded.
Description
Tda Shadow Miku Append - Version 2
Revision 1
September 10, 2014

Credits:
Information:
The shadow shader was an accidental discovery I found while messing with shaders in PAC3 while competing with a friend, Taggy on ghost characters. The effect was later reproduced with a bit of assistance from Chewgum. The same shader is used to handle cloaking on the Spy in TF2.

This model comes with a competitive variant that adds lights and decreases blur in the event you absolutely want to use the model in a competitive gamemode.

Get the optional features here: http://steamcommunity.com/sharedfiles/filedetails/?id=309799000

BULLYHUNTER_ゴゴ Feb 29 @ 11:46am
Do you mind if I use this shadowy texture or a derivative of it for a jojo playermodel pack I'm doing? I would like your permission to use it just to cover bases here

Weeb of Legend Jan 9 @ 9:36pm
This NPC/Player Model is so good, it may give me nightmares! Joking aside, the first time I spawned in the default (not the competitive version) it took me by surprise. a looooooooooot of effort must've been put into this, and without a doubt, it has NOT gone to waste. This is perfect for a Halloween themed Vocaloid RP Gmod server. Or just to use as a PM for fun. Whichever works.

[OWU] Retro_Nitro™ Nov 16, 2018 @ 10:24pm
I noticed it too.
It happens only in the menu and sometimes in other things like mirrors.
Since the "shadow" and the "transparent" aura of the model sometimes disapears and you end up not seeing a shadow.
But otherwise its perfectly fine by what i saw when it comes to players.
Do remember this was created from a glitched,its not that its "meant to",its just that it is because Gmod is weird like that sometimes.

Is it meant to show up in the playermodel selector as transparent?

[OWU] Retro_Nitro™ Oct 18, 2018 @ 4:40pm
Even if its been a while since this playermodel is there,i never saw and still can't find something like it.
I would love if you were still interested in trying this sort of gliched shader again,but perhaps with things like other vocaloids? A Gumi one made in the same way could be interesting for example.

Also,those kind of playermodels would be quite interesting at this time of the year :3