Greenlight > Games > adam_jd's Workshop
Greenlight is being retired. For more information on how to submit games to steam, refer to this blog post.
This item has been removed from the community because it violates Steam Community & Content Guidelines. It is only visible to you. If you believe your item has been removed by mistake, please contact Steam Support.
This item is incompatible with Greenlight. Please see the instructions page for reasons why this item might not work within Greenlight.
Current visibility: Hidden
This item will only be visible to you, admins, and anyone marked as a creator.
Current visibility: Friends-only
This item will only be visible in searches to you, your friends, and admins.
Nectira
Description Discussions2 Announcements11 Comments41 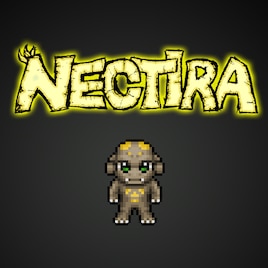 adam_jd
Offline
See all 3 collections (some may be hidden)
Recent Announcements View All (11)
Greenlit & Next Steps
January 9, 2016 - adam_jd

Nectira has been Greenlit! My tremendous thanks to you all for voting for this project! Thanks to Valve/Steam Team for deeming the potential of this game substantial enough to make its way into the store!

Honestly, news that the game had been Greenlit was a great surprise to me. I was in the dark as to how far a title had to get (with "Yes" votes, development progress, and support), before it could make the cut. As a result, this greenlight page is seriously lacking content to show for the past year+ of development.

My intention was to spend about half of 2016 pushing out descent alpha builds, to sell through other distributors, in hopes of campaigning the Greenlight votes. With this sort of mysterious and taxing step out of the way, I can focus purely on getting the best possible version of Nectira into your Steam library! I'm thrilled!

I can also take advantage of Steam API to develop things like Steam Controller support and Steam Achievements into the game; very exciting to me.


My goal is to have a solid build before April, one which really feels well-worth the price you'll pay up front, even if the game is still lacking lots of content. If I feel the need offsets my insecurity for the game not being "done enough", I may offer Early Access as soon as February.

Either way, by goal is to have a massive monthly update available once Early Access launches.

In the meantime, January will be a good month for me to polish what I have of the game, and take care of everything on the buisiness-side of development.

More on development and Early Access in a few weeks!

Thanks for all your interest and support!

Thank you for following this project and spreading the word (social media buttons at the bottom-right of this announcement) to help me make this game a reality!

Nectira has made some major progress over the past few months. I'm excited to share all the latest changes as we get closer to some sort of Alpha phase of development. Until then, here's what you can expect:

I'll update this whole page soon. Thank you for the votes!

Read More
Description
Release date: Early Access: 2016, Full Release: 2017
Nectira is an indie, retro action-adventure game which will include free-form tower defense elements, fast-paced combat, upgradable skills, unique power-ups, randomized traps to unlock, fresh story about healing the world and repopulating it with extinct creatures, and procedurally generated realms to explore and reclaim.
Nectira created and tasked by the last mortal Raetian to reclaim the 6 Realms of Raeos from hoards of the invading Yarku race, using her gift of regeneration, a vast assortment of traps, and powerful combat abilities.

Each realm will provide a freshly randomized set of traps to unlock, generated battlefields to reclaim, Yarku mobs to fight, unique landmasses to explore, and a boss to defeat for the revival of an extinct native species.

Arsenal of Traps:
Every trap learned is a combination of a form and an element, providing hundreds of potential traps to learn. All of the 15 different trap types designed deal damage in different ways, while the 15 elements designed enhance every trap, and carry thier own special effect or power.

Every trap unlocked will become a unique piece of strategic leverage, which you'll need to combine with many others to defeat the invaders and heal Raeos.

Banish hoards of diverse Yarku by arranging traps on the battlefield however you like. Strategically plant traps anywhere on the healed ground, which Nectira grows, spreads and restores with her life-giving tail.

Experiment with different formations and combinations of traps to develop your own strategy, adapting to the unique assortment you gain in each realm, and progressively harder Yarku you'll face.

Battles for Raeos:
Nectira gains the dew she needs to plant traps by growing grass (or other ground cover in some biomes). The challenge is to keep it alive so it can keep producing dew, while the Yarku naturally carve a path of corruption anywhere they roam.

The ground cover Nectira grows also heals the "Celiem Vine" of an area, a life force that gains its growth and power from the increase of natural life around it. If Nectira can grow enough grass, and/or plant enough traps, the Celiem Vine will be fully generated and banish all the remaining Yarku in the area, with a blast of healing energy. This echoing blast will also heal a large area of wilderness around the level. It's then that the Celiem Vine opens paths to other battlefields and creates two more (randomized) traps, one of which Nectira chooses to add to her arsenal.

If Nectira can't manage to establish enough growth while the enemy is attacking, she will have to hold her position and fight the Yarku until their morale is depleted. As your traps and their elemental powers inhibit and banish dozens of Yarku, blast a variety of projectiles from Nectira's mouth, to take out Yarku from afar, or jump in the action and bash the Yarku around with Nectira's tail. Along the way, Nectira will grow stronger and learn a number of special moves to bring devastation on legions of Yarku at a time. Spend your collection of sap, earned through slaying Yarku and healing levels, to upgrade Nectira the way you like!

Restoring the World:
There will be 6 Realms of Raeos, plus one other-worldly realm. Each realm will present environmental benefits and hazards, deepening replayability, changing the scenary, and requiring you to mix up your strategy.

Explore a newly-generated realm, from the many types to unlock, any time, to slowly reclaim the world and cultivate Nectira into the hero that Raeos needs. As you heal the endlessly-unique stages of the world, you'll awaken natural forces once lost to the corruption, and repopulate Raeos with previously extinct species!

Revived creatures and the powers of this mysterious world will appear on the battlefield from time to time, while others can be summoned, as a result of the realms you've healed! From bugs that give powerups, natural hunters that will protect thier turf, to mystical and poweful beings; the creatures you repopulate Raeos with will provide an invaluable benefit, as the Yarku harden their tactics and develop more advanced and cunning forces themselves!


Thank you for your interest in Nectira, and for your Greenlight vote!

Nectira is anticipated to be available through Steam's Early Access program in the Fall of 2014, expected to sell for around $10 USD, then and at full release, anticipated in early 2015.

This game is also being considered for release on other platforms, and in other languages. (Please Vote "Yes" and make your voice heard, if you are interested).

adam_jd  [author] Jun 27, 2015 @ 8:11am
This game has made some major progress over the past few months. I'm excited to share all the latest changes as we get closer to some sort of Alpha phase of development. Until then, here's what you can expect:

-Lots of new traps and elements added to the random generations available.
-Multiple biomes, each with unique traps and elements
-More diverse breeds of Yarku, including special units with unique abilities
-Redesigned Nectira appearance with 12 alternate colors, corresponding to 12 "Gems" (special abilities)
-Large Overworld map to explore, populated by randomized islands (which each can be explored through randomized battlefields).
-Much More...

I'll update this whole page soon. Thank you for the votes!

I agree that she could use some redesigning, and have a few ideas on how to make her a more aesthetically pleasing protagonist. :)

I REALLY appreciate the feedback!