Greenlight > Games > spiderkeygames's Workshop
Greenlight is being retired. For more information on how to submit games to steam, refer to this blog post.
This item has been removed from the community because it violates Steam Community & Content Guidelines. It is only visible to you. If you believe your item has been removed by mistake, please contact Steam Support.
This item is incompatible with Greenlight. Please see the instructions page for reasons why this item might not work within Greenlight.
Current visibility: Hidden
This item will only be visible to you, admins, and anyone marked as a creator.
Current visibility: Friends-only
This item will only be visible in searches to you, your friends, and admins.
Spellbind
Description Discussions0 Announcements1 Comments31 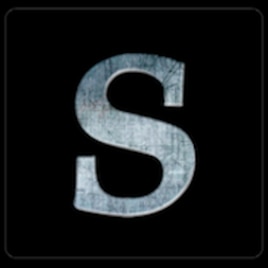 spiderkeygames
Offline
See all 7 collections (some may be hidden)

View Spellbind in the store

We are really pleased to announce that Spellbind just launched on Desura [www.desura.com] for Windows, Mac and Linux.
Also available on http://spiderkeygames.itch.io/spellbind and MacGameStore [www.macgamestore.com].

Read More
Description
Release date: Fourth Quarter 2014
Spellbind is an indie puzzle/adventure game meant to be a game similar to Drawn: The Painted Tower by Big Fish Games. It was released into the harsh world of mobile devices in Spring 2014.
Some "unexpected" qualities of it like challenging yet logical puzzles, fairly long gameplay and a playful feeling, came to the surface thanks to many brave adventure gamers who have been kind enough to actually play it and provide its developer with valuable feedback. That alone was enough to provoke him to start developing a raw PC port targeting Windows, Mac and Linux platforms.

Spellbind has been Greenlit and is now listed in the Steam store. For the latest information, purchase options, and discussions for Spellbind, please see it on the Steam Store or in the Steam Community.
Visit Store Page
For more details Visit Community Hub
For latest discussions
If you really, really want to, you can continue to the Greenlight page. Information on this page may be out of date, since all the action has moved to the areas noted above.