Greenlight > Games > QuantumLex's Workshop
Greenlight is being retired. For more information on how to submit games to steam, refer to this blog post.
This item has been removed from the community because it violates Steam Community & Content Guidelines. It is only visible to you. If you believe your item has been removed by mistake, please contact Steam Support.
This item is incompatible with Greenlight. Please see the instructions page for reasons why this item might not work within Greenlight.
Current visibility: Hidden
This item will only be visible to you, admins, and anyone marked as a creator.
Current visibility: Friends-only
This item will only be visible in searches to you, your friends, and admins.
REalM Walk of Soul
Description Discussions8 Announcements6 Comments200 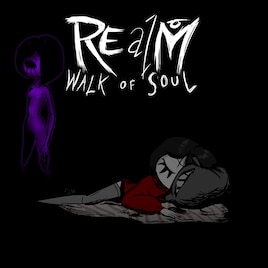 Hi everyone, we've been very away from all social media, but we are correcting this. REalM has been in constant development, so no need to worry, we did not disappear :P

To keep everyone well informed on what has happened over the last months, I'll be posting twice a week (Monday and Thursday) at our page (www.realmwalkofsoul.com) about everything, out trip to PlayStation to get our kits, the development ups and downs and everything about the game that you'll like to know.

Thanks everyone for your support and see you soon :D

Hi everyone, REalM is nearly finished and with it, we are bringing the final teaser for it!!!

Stay tuned, for we we'll post the final trailer next week, showcasing all areas in the game (with actual gameplay of course).

And thanks to everyone for helping us make this a reality :D

Read More
Description
Release date: Early 2016
After falling in her dreams, Iris awakens in a nightmarish world. Immerse yourself into this tormenting REalM, where nothing is there by chance, while a haunting soundscape mesmerizes your soul. Will Iris be able to find a way back home, on a non-linear journey full of bizarre abominations and indecipherable mysteries?

REalM is a 2D surreal horror game, where you'll need solve challenging puzzles to access new areas in the non-linear, nightmarish world you'll find. The game is set to be released for PS4, PS Vita, PC and Mac. The game is inspired by surreal horror indie game Yume Nikki as well as games from the survival horror Golden Age, like Resident Evil and Silent Hill.

REalM presents us Iris, a 17 year old girl who, after a harsh sensation of falling in her dreams, wakes up in her room. Yet, something feels out of place, and she feels the need to get out of home. By doing so, Iris discovers that she has woken in a strange place, isolated, with only one tree, her house and a house very similar to hers. Inside she finds a being like her, but like a shadow. It tells her to find the "effects" hidden in the world. On her way out, Iris sees strange portals hanging from the tree. After touching one, she is transported to a new world, radically different from the one she was in. Iris realizes that to know more of this world, she'll have to find the "effects" the shadow was talking about.

Iris A 17 year old girl. She's shy, timid, quiet, introvert and not very social. She escapes reality often mainly by dreaming. For this very reason, she sleeps a lot, leaving aside important activities such as doing her homework... or eating.

Despite the fact that she doesn't pay much attention to classes in school, she loves to read and seeks interesting subjects for she has learned that by having something in her mind before sleeping, her dreams are about that. She likes what she has read about the world, but she doesn't dare to face the world around her.

The Shadow It is a mysterious entity that looks interested in helping Iris, or at least is the only one that has told her something about this place.

She sends Iris to look for the "effects."

What are her true intentions? Iris will have to find out.

Throughout the game, Iris will find "Effects", that will allow her to access new areas, or shield her from danger. Some of the effects you'll see in the game are:

markzero Nov 3, 2016 @ 11:06pm
They put a call out for closed alpha testers on their Twitter account in September.

markzero Jul 28, 2016 @ 8:52pm
They've not posted anything here since January 2015, but in social media on July 9th 2016 they talk about getting ready to put a beta out on itch.io. (Hopefully they'll give Groupees buyers itchy keys.) So it appears they're still in development.

🎩Captain56🎲 Apr 24, 2016 @ 8:22pm
Hello. I played this game for about 3 hours at PAX East. This is an amazing game!!! Let it be warned though, the puzzles WILL make you think! I was also able to speak to all three of the men who made this game and I am proud to say that they are really nice people. I look forward to playing this game and spreading it around the Internet.

-
Nick (guy with the black fedora)

flitterish Dec 30, 2015 @ 8:28am
Congratulations on your Greenlight! I love the art style for this game.

Please release this game on steam