Store Page
Arma 3>  Workshop > Stompem's Workshop
This item has been removed from the community because it violates Steam Community & Content Guidelines. It is only visible to you. If you believe your item has been removed by mistake, please contact Steam Support.
This item is incompatible with Arma 3. Please see the instructions page for reasons why this item might not work within Arma 3.
Current visibility: Hidden
This item will only be visible to you, admins, and anyone marked as a creator.
Current visibility: Friends-only
This item will only be visible in searches to you, your friends, and admins. 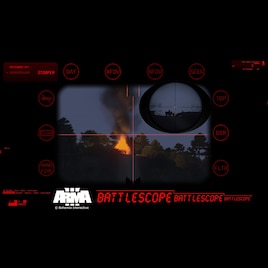 Stompem
Offline
See all 4 collections (some may be hidden)

This item has been added to your Subscriptions. Some games will require you to relaunch them before the item will be downloaded.
Description
No Addons or DLC
http://stompem-web.enjin.com/home

BRIEF:
Starting early dawn, players find themselves immediately in the thick of things. Cover is essential as the scene opens during a fierce enemy bombardment. Shelling is concentrated on a nearby roadway as it's the only way for land based forces to approach the area but BLUFOR has inserted a substantial counter force of elite infantry via a small secluded cove, using the surrounding coastline as cover for an effective infil.

Creating a spearhead by reaching the first waypoint is No.1. On reaching the enemy side of the bay the situation changes. OPFOR's long range artillery barrage becomes dangerous to their own men. BLUFOR has a reduced force and faces an enemy entrenched atop a low hillside.

The mission experience now changes from chaotic battle, to one of tactics. Taking the hill is paramount and from there the skirmish continues down a winding road littered with enemy nests, leading to the final enemy stronghold and mission conclusion.