Store Page
Dota 2>  Workshop > BMD's Workshop
This item has been removed from the community because it violates Steam Community & Content Guidelines. It is only visible to you. If you believe your item has been removed by mistake, please contact Steam Support.
This item is incompatible with Dota 2. Please see the instructions page for reasons why this item might not work within Dota 2.
Current visibility: Hidden
This item will only be visible to you, admins, and anyone marked as a creator.
Current visibility: Friends-only
This item will only be visible in searches to you, your friends, and admins. 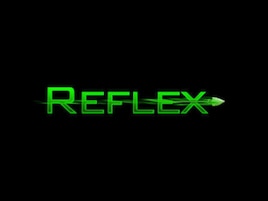 BMD
Offline
See all 55 collections (some may be hidden)

This item has been added to your Subscriptions. Some games will require you to relaunch them before the item will be downloaded.
Description
Reflex is a high-speed team death match mode combining skillshot-action gameplay with strategic round-by-round hero building and counterplay.
The Game
Source
Reflex is open source! Check it out at the repository here[github.com]

Special Thanks
Azarak - For making the Reflex map beautiful.
Quantum/d2moddin - For providing a great host for custom games and helping build a ranked system for Reflex
All the modders/developers who helped put together all of the documents/tricks for building custom games.
Popular Discussions View All (3)

Ben "Pimp Daddy" Franklin Sep 18, 2015 @ 6:36pm
we should make a steam group of people who like this game, so if we see each other online we can fill up a match