Greenlight > Games > NextGen Pants's Workshop
Greenlight is being retired. For more information on how to submit games to steam, refer to this blog post.
This item has been removed from the community because it violates Steam Community & Content Guidelines. It is only visible to you. If you believe your item has been removed by mistake, please contact Steam Support.
This item is incompatible with Greenlight. Please see the instructions page for reasons why this item might not work within Greenlight.
Current visibility: Hidden
This item will only be visible to you, admins, and anyone marked as a creator.
Current visibility: Friends-only
This item will only be visible in searches to you, your friends, and admins.
Tetropolis
Description Discussions2 Announcements5 Comments224 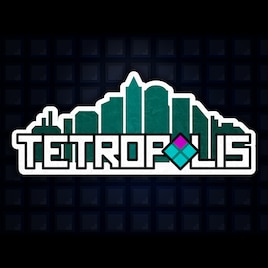 NextGen Pants
Offline
See all 12 collections (some may be hidden)
Recent Announcements View All (5)
Tetropolis Comes to Steam and PS4 as "Refactor"
March 2, 2016 - NextGen Pants

After a year of quiet development and refinement, we’re proud to announce that Tetropolis is back with a new name: Refactor. We’ve taken all of the feedback that we received over 2014 from our fans and have taken the time to improve the game and craft an experience that meets our own high expectations. Using the time given to us, we filled a lot of gaps in the game and focused on making the core gameplay experience as enjoyable as possible. Staying true to our original vision, we’ve maintained the sense of discovery and joy of experimentation that was found in Tetropolis. 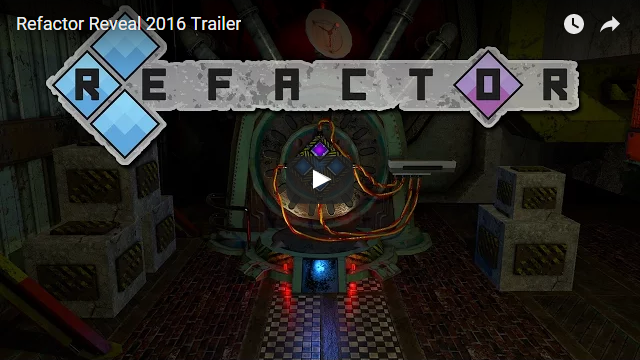 So what has changed in the past year? Aside from the name, the biggest difference in Refactor is that we’ve swapped out the falling-block puzzle influence in the game with our own custom tetromino puzzle game. We wanted to be able to differentiate ourselves from any existing brands and remove any potential confusion. In creating our own tetromino puzzle game, we were able to produce a something that worked exactly like the map puzzle component of Refactor. Using this new puzzle game, we are able to teach players how to interact with the world through a much simpler approach.

The final bit of big news is that we’ve partnered with Sony to bring Refactor to the PlayStation 4! Not only have we made it through Steam Greenlight, PS4 owners everywhere will be able to play Refactor at the same time it launches on PC! For those of you who are excited for our PC release, head on over to our Steam Store page and add Refactor to your wish list! For our PS4 community, we’ve written a nice introductory post over on the PlayStation blog about the new face of Refactor which you should go check out[blog.us.playstation.com]. We’ll be providing additional information on the new gameplay mechanics and systems we’ve introduced in Refactor on our own blog[nextgenpants.com] so don’t forget to check back soon!

Thanks to the love of all our fans, Tetropolis is official Greenlit on STEAM! Indeed a great way to start the New Year, but also a great way to close out 2014. We met a lot of cool, interesting, exciting, amazing, understanding, and smart people while working on Tetropolis this past year and can't wait to see what this year holds!

This year we have LOTS of work ahead of us and are hard at it to ensure we can make Tetropolis the game our team envisions. We've seemed to have stirred up a bit of hype for our game and its unique puzzle mechanics and we're doing our best to live up to it. And even more importantly, we're focusing on just making a fun game.

There's a lot of excitement brewing at NextGen Pants, and much of it started with the fact that the game is now Greenlit. So, thank you all for your encouragement, and interest, in this crazy idea was call Tetropolis. I hope we will see you sooner than later with something new to continue the hype throughout 2015.

Tetropolis is a non-linear Puzzle Platformer set in a world that is a puzzle itself. You play as an imperfect tetromino in a society obsessed with falling block puzzle games, to such a degree that even the world is constructed of tetrominoes. As you progress through the game you will discover “control points” that allow you to alter the level. Rearranging the map is not only necessary to create new pathways and unlock new areas, but to solve puzzles and discover the secrets of Tetropolis.

Tetropolis is set in a dystopian society obsessed with falling block puzzle games. Perfection is idolised and thus misshapen tetrominos that are not fit for “the game” are immediately destroyed. You play as an imperfect tetromino that escapes destruction and finds another who helps him become whole and transform into any of the tetromino shapes.

The world of Tetropolis is built up of tetromino-shaped rooms with doors in strategic places. These doors will remain closed unless connected to the next room through another doorway. Accessing a control point for the given level will grant you the ability rotate and move these rooms around the map, connecting these doors and creating new paths. As you reorient these rooms, you are actually doing so in-game and in real time. Zooming in will allow you to watch objects in the rooms react to their new orientation as well as see if areas that were previously impassable may now be traversed. Room reorientation may be used not only to create paths but to solve large scale puzzles based on the positions and contents of these rooms. You may, at any time, teleport back to a control point, once you discover it, giving you the opportunity to quickly try many combinations without getting stuck.

I would like to promote this game!
alemobar
< >
224 Comments

wumby Oct 17, 2014 @ 12:52pm
This is an awesome concept and I'm sad the Kickstarter didn't get funded. I hope that the game will still be completed and released at some point.