Greenlight > Games > Paul's Workshop
Greenlight is being retired. For more information on how to submit games to steam, refer to this blog post.
This item has been removed from the community because it violates Steam Community & Content Guidelines. It is only visible to you. If you believe your item has been removed by mistake, please contact Steam Support.
This item is incompatible with Greenlight. Please see the instructions page for reasons why this item might not work within Greenlight.
Current visibility: Hidden
This item will only be visible to you, admins, and anyone marked as a creator.
Current visibility: Friends-only
This item will only be visible in searches to you, your friends, and admins.
Wild Animal Racing
Description Discussions9 Announcements4 Comments431 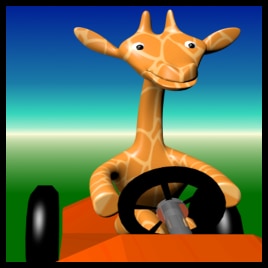 Paul
Offline
See all 6 collections (some may be hidden)

Thank you for everyone who voted!

Hello, thanks everyone for voting and getting this game into the top 100 in Greenlight. Hopefully within the next 2 months we should know if this game will be Greenlit. (Cross fingers!) But we still need some more votes. So if you want to see the game on Steam vote YES today. Have a wonderful day and may all your dreams come true. :)

Remember, that if the game gets Greenlit it still means that we have work to do to make it absolutely perfect for Steam.

Some things we want to add are:

Wild Animal Racing is a exciting go-kart simulation game with a twist. Play as an elephant, a lion, a zebra, a giraffe, a rhino or a hippo! Play against the other animals or against a friend on the same computer with the split-screen mode!
Race your car around tracks in Egypt, Paris and Holland in the World Tour!
Drive your car around the coast and around the rim of a volcano!
Collect the diamonds for extra speed!
Pick up weapons such as rockets, a sledge hammer, or wheel spikes to knock your opponents off course!
All in amazing 3D graphics!
A super crazy fun game for everyone!

App features
Controls
You can use a multitude of different controls:

Multiplayer
As well as the special feature of being able to play two human players on the same PC with the split screen mode, we also have a multiplayer option to play P2P with a matchmaking service (This is a PC only option and is not available on the app version).

Lanugages
It is translated into most European languages. (The trickiest bit was finding out there is no translation for 1st, 2nd and 3rd in most languages!)

Currently it is available as an app on {LINK REMOVED}Windows 8 Store and {LINK REMOVED}Android. We want to get it on Steam because it looks much better on a PC and all the Windows 7 and Windows XP (and Vista :O) users are missing out! Also, we can compile versions for Mac and Linux.

Thanks for listening and hope you will help get this on Steam!
< >
431 Comments

ZipoLabs Mar 20, 2016 @ 7:26am
It's quite obvios that this is a joke game (well I hope it is, sorry if I offended you Paul, but at least you know how to make games, that's a plus I guess) but I would like to see what this developer can make with a heap of hard work, it might actually be a good game. Anyway keep up the- umm... Work...? But seriously though, you could make same good games.

Wild Animal Racing has been Greenlit and is now listed in the Steam store. For the latest information, purchase options, and discussions for Wild Animal Racing, please see it on the Steam Store or in the Steam Community.
Visit Store Page
For more details Visit Community Hub
For latest discussions
If you really, really want to, you can continue to the Greenlight page. Information on this page may be out of date, since all the action has moved to the areas noted above.