Greenlight > Games > Eat Create Sleep's Workshop
Greenlight is being retired. For more information on how to submit games to steam, refer to this blog post.
This item has been removed from the community because it violates Steam Community & Content Guidelines. It is only visible to you. If you believe your item has been removed by mistake, please contact Steam Support.
This item is incompatible with Greenlight. Please see the instructions page for reasons why this item might not work within Greenlight.
Current visibility: Hidden
This item will only be visible to you, admins, and anyone marked as a creator.
Current visibility: Friends-only
This item will only be visible in searches to you, your friends, and admins.
Crest
Description Discussions1 Announcements64 Comments248 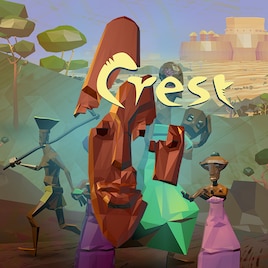 View Crest in the store

Crest is now live on Steam Early Access! You can find it here!

From now on, further updates will take place at our Store Page. Thank you all for your votes, comments and support! New post talking about a new feature and debugging, you can read it here.[eatcreatesleep.net]

Read More
Description
Release date: TBD
A god game which gives you the role as a guide for your people. Your only way of communication with your subjects is commandments you write for them. How these commandments are interpreted and remembered are not set in stone. You might find that your people will evolve over time and use your commandments for their own devices. 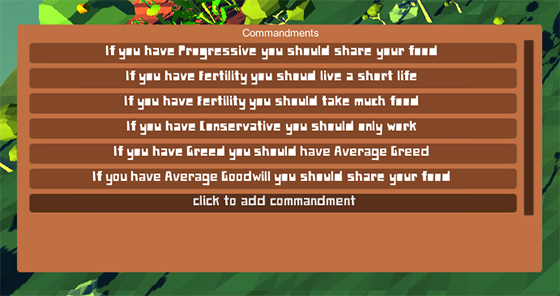 A god game where emphasis should be put on parenthood rather than omnipotent dictatorship. The player will not be told what is right or wrong, there will just be many paths which to choose from. Paths that lead to another history for your people and more ways of expressing yourself through your people and the world they shape. At the end of the day you might have changed yourself as well, at least in the eyes of your people. 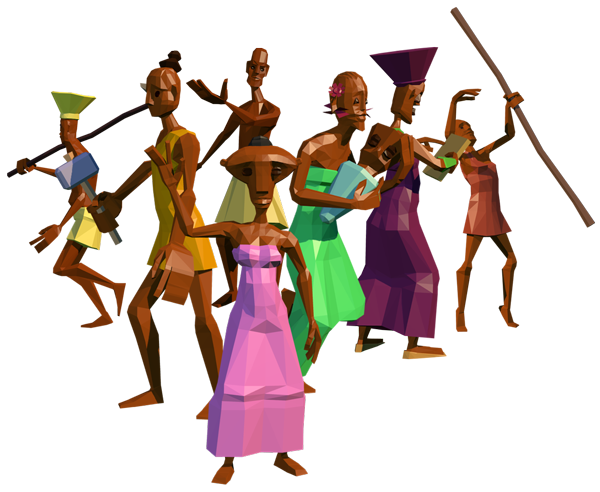 Setting
Crest takes inspiration from ancient African heritage in order to give the player a feeling of a mythological time from humanity's ancient cradle. The people you control are an advanced iron age civilization. The setting for the game world, its flora and fauna is based on African biomes, with rainfall determining the tug-of-war between desert and jungle. But it should be seen as a fantastical amalgamation of the sub-saharan african continent and its diverse cultures.

When you've tried the prototype you're very welcome to leave your feedback here on our page. Since we're still early in the game's development now is the best time to tell us what you think. We're interested to hear everything from bugs to what you'd think would be nice to see in the future.
Popular Discussions View All (1)

Auz The Wizard [Fion] Feb 28, 2015 @ 5:24am
I have been actually thinking about this game a lot for the past year and forgot what its name was. Crest. How I need to play you!

occiquie Nov 12, 2014 @ 2:20am
I wouldnt buy it with suchgraphics. Idea is good; will they manage to implement is questionable.

restlessdreamer Oct 21, 2014 @ 8:18am
couldn't care less about god games as it's not my genre, but I appreciated the presentation, the art style and the overall aesthetics. upvoted!

Eat Create Sleep  [author] Oct 8, 2014 @ 1:04pm
@fredrik101
What we mean with dynamic is what happens in-game as you play. The interaction between different parts that creates the gameplay, the game dynamic. So for instance when it comes to cities we have decided that many cities, and few cities creates different outcomes, there's a range of possibilities there. A dynamic situation.
< >

Crest has been Greenlit and is now listed in the Steam store. For the latest information, purchase options, and discussions for Crest, please see it on the Steam Store or in the Steam Community.
Visit Store Page
For more details Visit Community Hub
For latest discussions
If you really, really want to, you can continue to the Greenlight page. Information on this page may be out of date, since all the action has moved to the areas noted above.