Store Page
Arma 3>  Workshop > Xorberax's Workshop
This item has been removed from the community because it violates Steam Community & Content Guidelines. It is only visible to you. If you believe your item has been removed by mistake, please contact Steam Support.
This item is incompatible with Arma 3. Please see the instructions page for reasons why this item might not work within Arma 3.
Current visibility: Hidden
This item will only be visible to you, admins, and anyone marked as a creator.
Current visibility: Friends-only
This item will only be visible in searches to you, your friends, and admins. 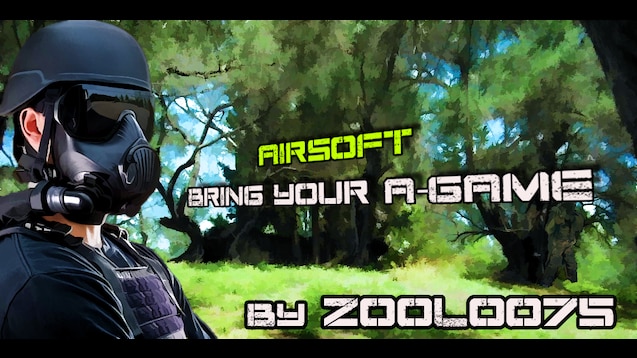 Xorberax
Offline
See all 85 collections (some may be hidden)

This item has been added to your Subscriptions. Some games will require you to relaunch them before the item will be downloaded.
Description
Official Forum Thread: http://forums.bistudio.com/showthread.php?180804-PvP-Airsoft-Bring-Your-A-Game
Make ArmA Not War Entry: http://makearmanotwar.com/entry/pSoTgvS3uT#.U9W1RvldV8E

A small project that aims to provide a simple, fun, player vs player game mode for multiplayer. It is similar to Battlefield's Conquest game mode in which players from two teams fight to capture objectives and deplete their opponent's tickets for victory. The twist is that the default weapon ballistics are replaced in favor of more weighted projectiles to emulate airsoft pellets; heavier and slower. The mission is addon-free, requiring no overhead for servers to host the mission. The area-of-operation is a closed-off forested area with lots of vegetation for concealment and cover. Features from I and Doc Reaper's discontinued multiplayer game mode, "Hostage Rescue" have been utilized in this mission. Features such as pointing at locations or people, player tags for your teammates to see their location on-screen, as well as other functions. A currency system is in-place to reward skilled players, allowing them to purchase more pellets, smoke grenades, different outfits, ATVs, Quadcopter UAVs, and fortifications (for base building). In fear of certain players becoming overly-wealthy in credits and the rest of their team lacking credits, players are presented an option to distribute their overall wealth to the rest of their team, dividing evenly among everyone. This wealth distribution options encourages teamwork by allowing skilled players to help their team purchase upgrades and additional gear. This is meant to be a one week project.
< >
41 Comments

Warrior DCC Sep 30, 2017 @ 6:06pm
How did you change the ballistics to slow the speed of the bullets? I'd like to know because I want to creat my own missions for me and friends to do with our own objectives.

Nixxen Jun 18, 2016 @ 8:45am
Not sure if it's a bug or an intended workaroud to get the bullets to work as you want them to, but the bullets tend to not take our gun elevation into account.
As an extreme example: if you aim straight up your bullets will eject out of the gun as if you were pointint it level with the ground.

TRAVISJ2 May 5, 2016 @ 12:54am
what about a fitting for the barrel.
the brittish have made a device that goes on the barrel so when they fire blanks it sends a ray to the target and if the target is wearing the proper vest and gear it tells the target were theve been hit and what wounds they would have.
topgear had a bmw get shot at by them and the driver was wearing the gear and he got shot up pretty bad but without any actual injuries.

Xorberax  [author] Apr 28, 2016 @ 3:57pm
@Nixxen, that's actually not a bad idea. A module to make weapons nerfed to prolong firefights and whatnot would be fun.

Nixxen Apr 28, 2016 @ 10:12am
I see there hasn't been any more development on this in a while. Are you planning on developing it any further, for instance a module you can drop down into a mission that "converts" any weapon, regardless of mod, into an airsoft?
Would love to have this going with RHS, and with a bit longer range.

MacGyvr ¼ Jan 1, 2016 @ 7:25pm
nice gamemode man! um...a few things, first can you mak a v2 in another place such as a warehouse factory type place. second, sometimes players turned invisible. third, this is just up for consideration, "normal weapons" shoot full auto, and there should be a sniper with no drop off that take 2 shots to kill, and soots semi auto. oh if you make the gamemode in a town area maybe replace the quads with the karts! other than that this is the best airsoft version of arma 3 out. thank you
-MAGYVR
< >