Fixing the Blood Music (Steam (and GOG) version)
By Tiddalick
This release of Blood features a vastly inferior soundtrack to the CD version of the game. Not only is the quality of the sound much lower, the rip was done incorrectly! Each track misses the first two seconds of the music and contains the first two seconds of the next track at the end.

Here I include a link to a much higher quality rip of the music (from the original CD) and show you the difference from the standard music.

I also include a link the Cryptic Passage multiplayer executable released by Sunstorm interactive. Other optimisations can be found in other guides.

Comments
The Music
The Blood music in this steam release is a compressed .ogg format that has been sampled to a maximum of ~16KHz, this removes about 5kHz from true CD quality. Additionally, the music incorrectly cuts off the first two seconds of the music and includes the first two seconds of music from the next track! [Note this has been fixed from the GOG release that this release is based on] I assume this happened because Audio CD's normally have two seconds of silence between each track, in this case their entire rip is offset by two seconds.
You can see the difference from the music (first image) and a high quality CD rip (the second image) in the figures below. Note the frequency cut off and the shifting of the music between the two images. 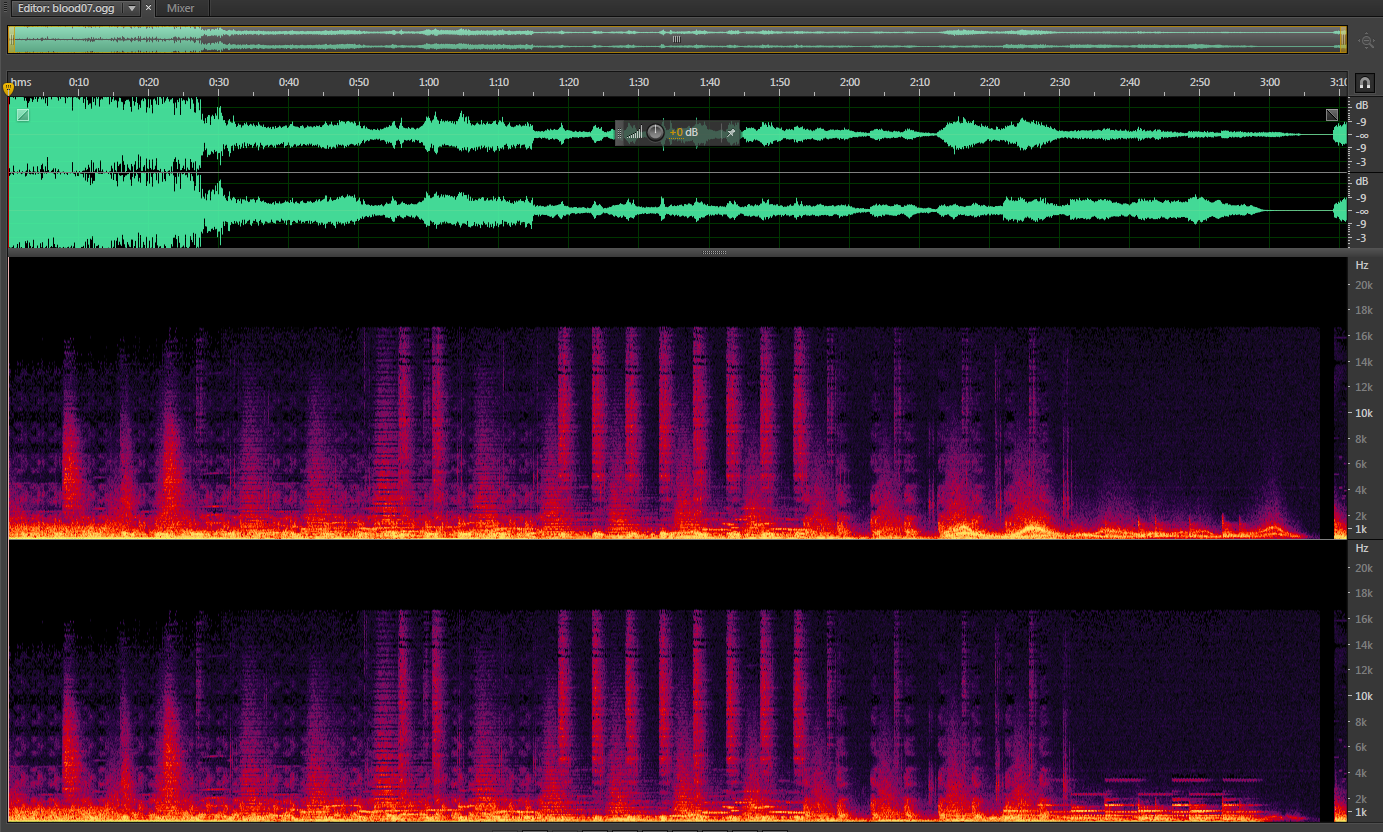 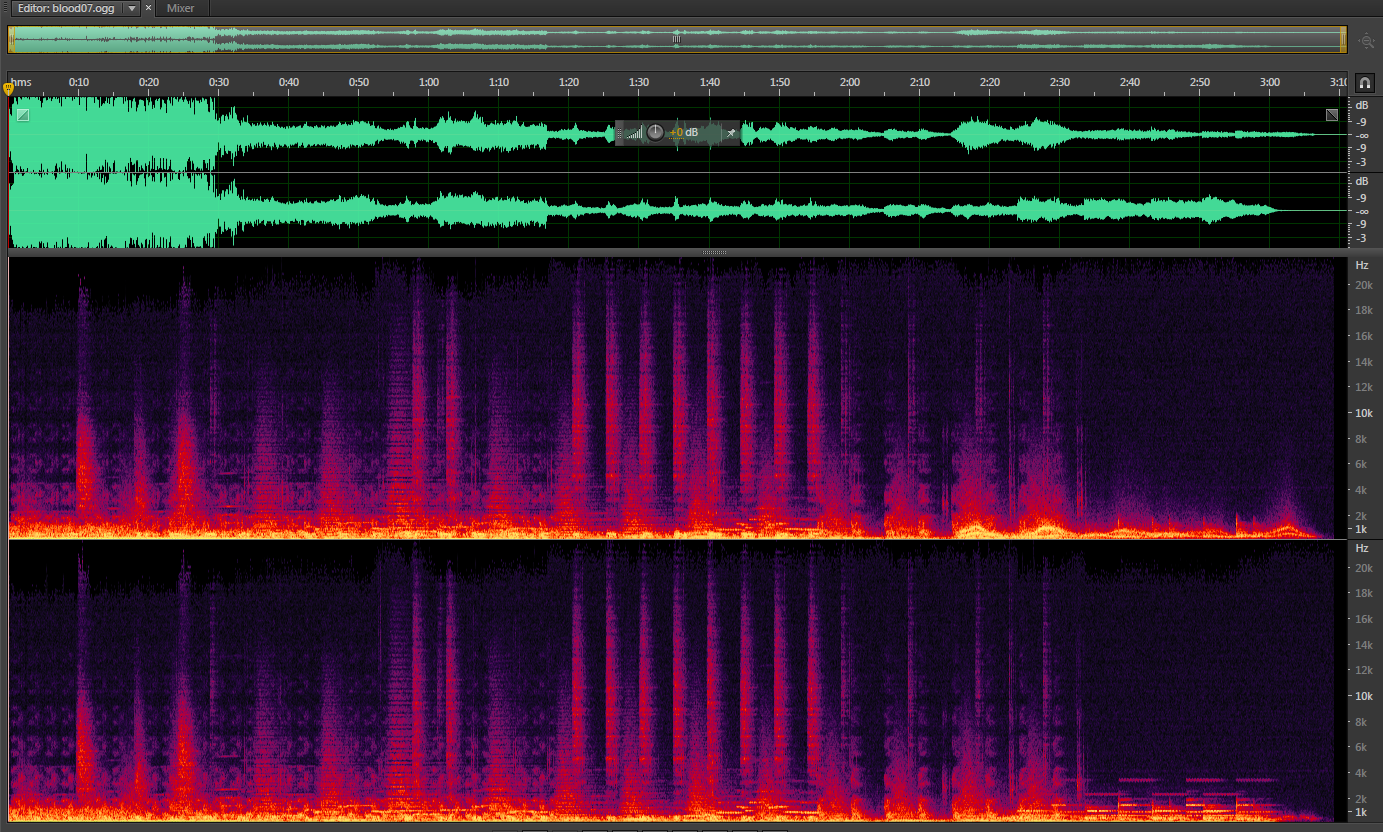 This is track 07 from the CD

Note: The Soundtrack that is available from GOG as a download extra has mp3 versions of the music.
Getting Better Files
I have ripped the CD music from my original Whole Unit Blood CD. This can be downloaded from:
https://drive.google.com/open?id=0B4f9NO9SpygtU0tUYlU0UVFZcHM
{LINK REMOVED}http://www.mediafire.com/download/4p3aol16z0agcb1/BloodSoundTrack.zip
Feel free to mirror this elsewhere.

I have named the files so they can be copied over the top of your existing .ogg files in the Blood directory. This will be located somewhere like the following:
..\Steam\SteamApps\common\One Unit Whole Blood

Note that if you attempt to "verify the cache" of Blood, these files will be replaced with the originals.

You don't need to do anything other then that!

Cryptic Multiplayer
As a bonus, here is the official Cryptic passage multiplayer executable that will allow you to play Cryptic Passage in Multiplayer mode.
https://drive.google.com/file/d/0B4f9NO9Spygta0hkQkpzeDJEd0k/edit?usp=sharing
{LINK REMOVED}http://www.mediafire.com/download/bl7b5ghh5017g6h/cpmulti.zip
Again, feel free to mirror.

This will launch the blood SETUP file and allow you to create a Network game using the correct Cryptic Passage maps and art tiles.

Doing this correctly requires a little advanced knowledge of getting multiplayer working. I suggest you consult the other guide for some help with that.
< >
17 Comments

Mr.Autumn Winters May 10, 2015 @ 6:02am
Hmm? that's strange the music on the steam version doesn't work for me at all. where as I thought the GOG version's music was more High Def.