Greenlight > Games > gon.m.cuevas's Workshop
Greenlight is being retired. For more information on how to submit games to steam, refer to this blog post.
This item has been removed from the community because it violates Steam Community & Content Guidelines. It is only visible to you. If you believe your item has been removed by mistake, please contact Steam Support.
This item is incompatible with Greenlight. Please see the instructions page for reasons why this item might not work within Greenlight.
Current visibility: Hidden
This item will only be visible to you, admins, and anyone marked as a creator.
Current visibility: Friends-only
This item will only be visible in searches to you, your friends, and admins.
Perturbia
Description Discussions5 Announcements16 Comments2129 pablozirilli
Offline
See all 44 collections (some may be hidden)
Kickstarter
Recent Announcements View All (16)
Perturbia, Now on Kickstarter!
February 24, 2015 - gon.m.cuevas

The most terrifying game that you will never win is raising funds on Kickstarter. It's your opportunity to get the game for a discount price as well as to be part of the development process. Are you ready for the challenge? We are not kidding, its old school hard!

To help fund the final stage of development, Imaginary Game Studio has just launched a Kickstarter campaign for $18,000. For further info, check out the campaign page.

Wanna give it a try? New extended demo!
Perturbia extended demo is available to download here[dl.dropboxusercontent.com]. It includes three complete scenarios that features three puzzle-solving challenges, as well as an old-school shooting mini-game.

In this second part of our 'Big 2014 Update' we focus on the advantages of Oculus Rift. We also take a peek into the modeling process and we discuss Perturbia's Greenlight process

The Mind Forest
We showed Perturbia at 'Meet the Game 2', a game exposition held in Buenos Aires in which many studios from Argentina let gamers and members of the press play WIP builds of their games. The demo shown at the expo corresponded to a new level, called The Mind Forest, that was exclusively designed for Oculus Rift. 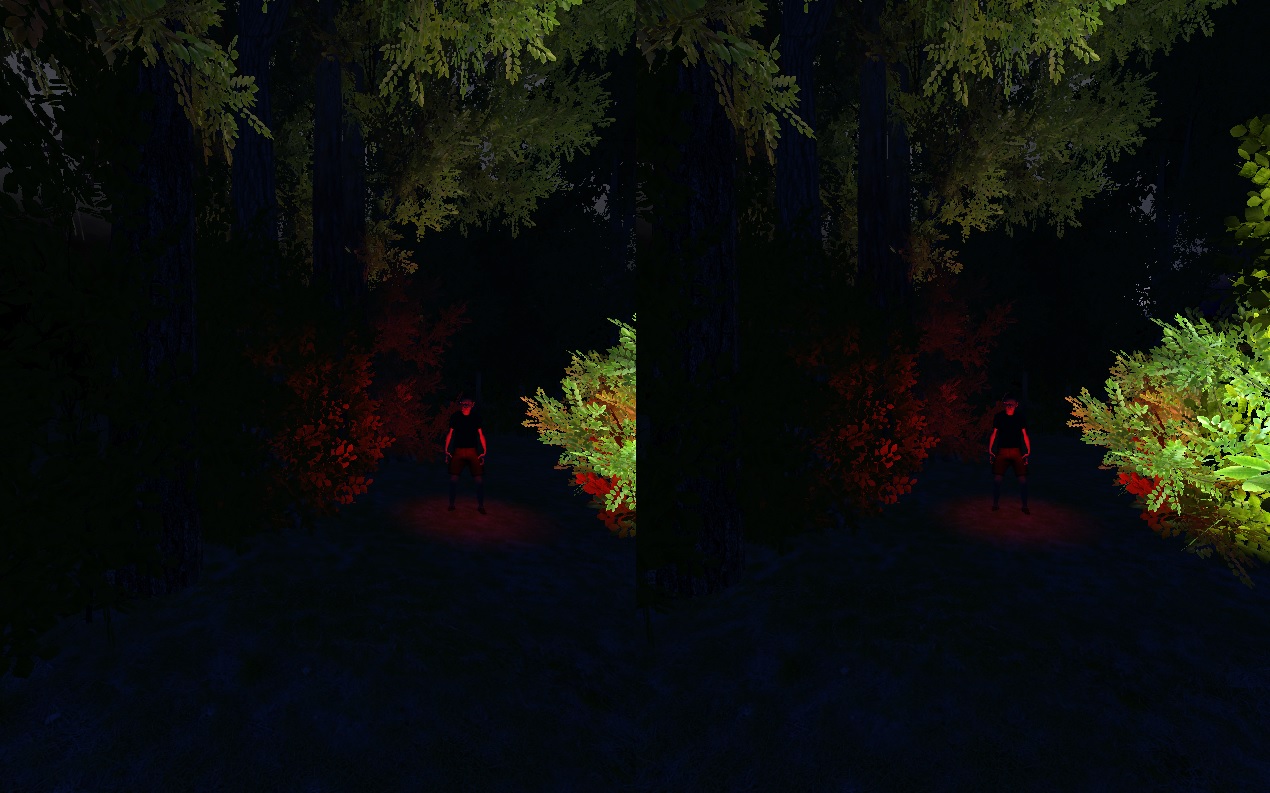 The footage consisted on a labyrinth from which the player must escape! Many gamers payed a visit to our booth at the expo to give this new demo a try. For those who are willing to play it, we will release it soon, exclusively for Oculus Rift.

New modelling techniques and animations!
During the last few months we've been working hard on modelling, designing new interior environments. We generally start from a concept art to finally end up modelling a whole floor of new rooms. It's a long process in which all members of the team have to take part in. 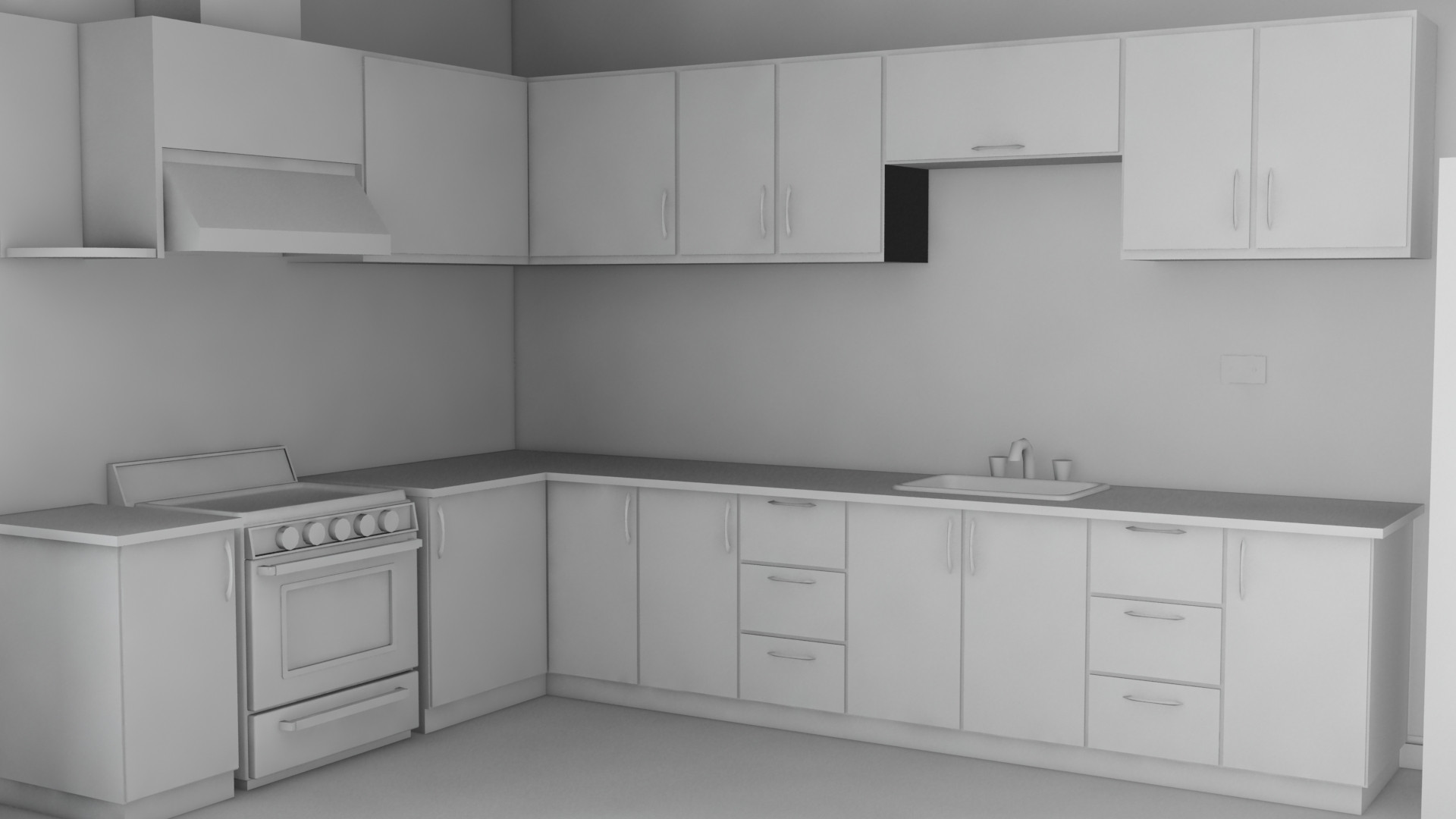 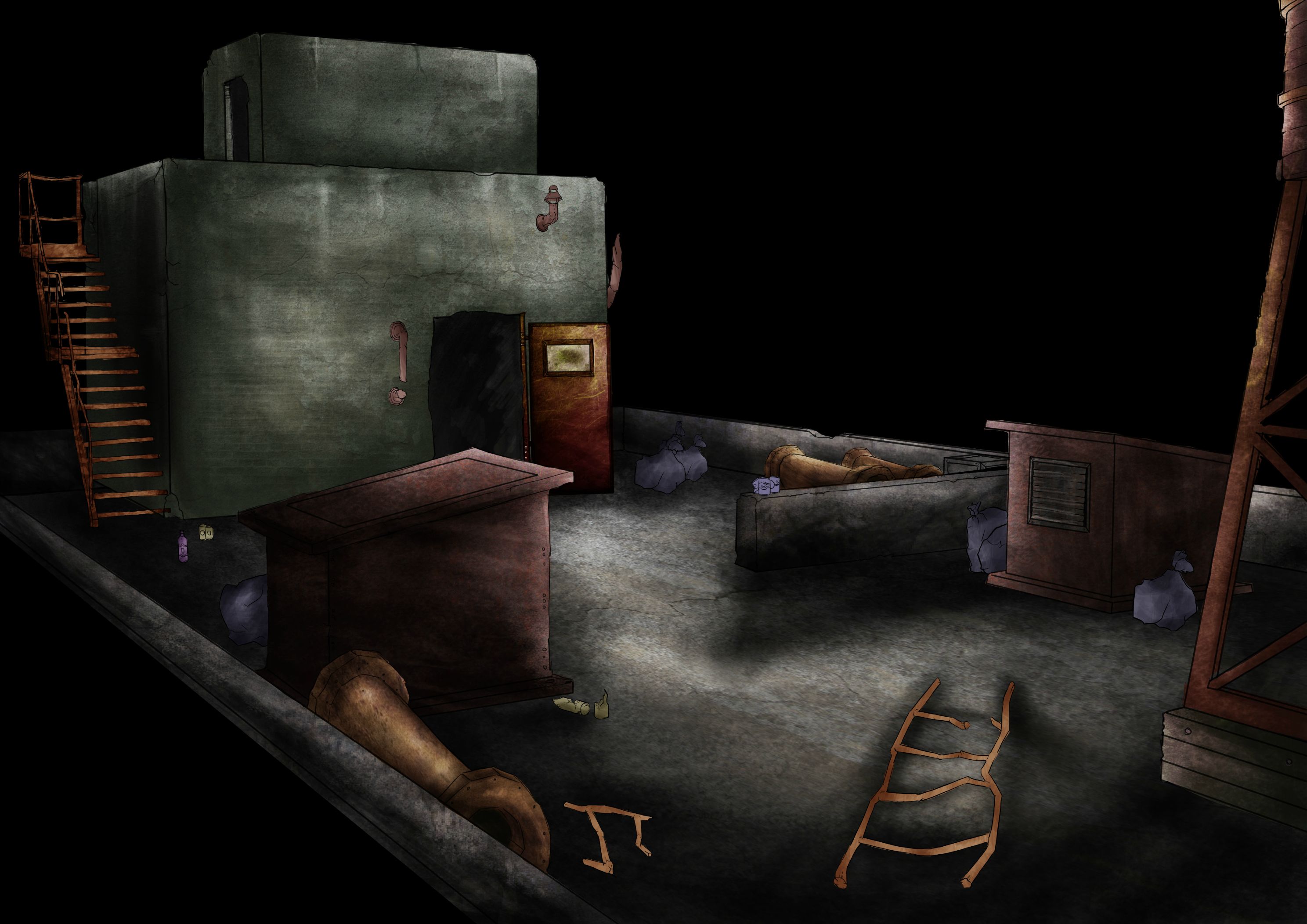 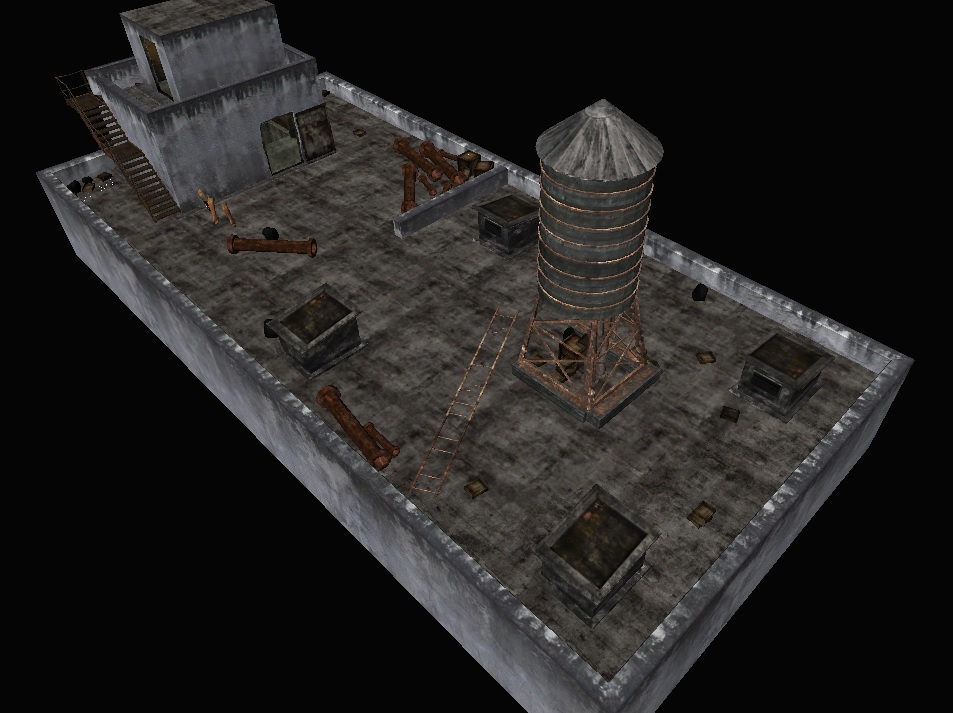 We've been also devoting some time to improve character animation. Working on it takes even more time than modelling, but it's an aspect of the game that we regard as important. 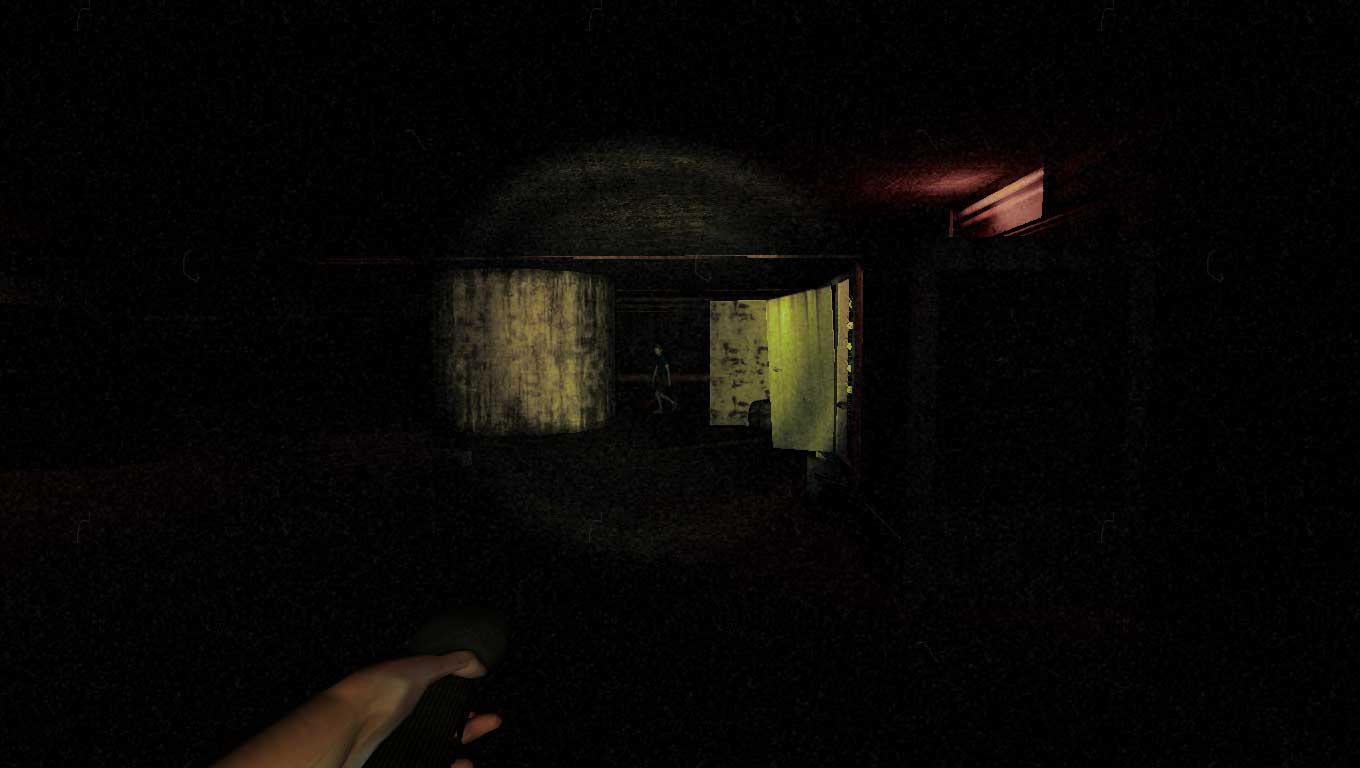 Puzzles
One of the main puzzles of Perturbia involves a labyrinth. We've been adding the finishing touches to this stage, as you can see from the screenshots.

We're also planning to include three more puzzles in the game, but that's something we'll discuss in future updates.

New Demo
Next month Perturbia will enter closed beta and all of you will be able to sign up to play it! In the meantime, there's a new demo available to download in the Downloads section. We encourage you to give it a try and we hope you enjoy it!

Designing a game is not an easy task and there's still a lot of work to be done if we want Perturbia to be the game we always dreamed of. But whenever you feel motivated, success is just around the corner!
Read More
Description
Release date: Fourth quarter 2015

Perturbia is an interactive experience evolved into a 3D video-game. Played in real time it raises the bar of the power of first-person viewpoint games drawing the player into a story that fit perfectly the psycho-thriller genre. As a survival horror game it progresses into a struggle against a hostile environment with few resources at hand, having to resolve puzzles both of logic and skill.
Intended to catch attention not only from the challenging point of view but, most important, from the twist of a plot that's occurring right before the eyes of the player but has a surprising ending. A story that's processing sluggishly along the quest for an escape has been created and supervised by a team of expert psychologists.
Perturbia set itself apart from the modern survival horror games by offering a greater level of difficulty, reminding us of the old school video-games of yesteryears when not all was that easy and jumping to the “next level” caused anxiety and stress... something that many of us long for nowadays, for the pride and satisfaction that it generated to continue forward.

What could be hidden in a building's memory... nothing. Nothing...!! Nothing?
Josh, the young photographer, thought exactly that when he crossed the door of an old building in the middle of nowhere prompted by a curious add. When the doors closed after him he had the sense of walking the path to the hell itself... it wouldn’t be too far from the truth.
The elevator that was carrying him to the fourth floor stopped suddenly while the lights turned from serene to disturbing in a blink of an eye, lights looked like the flash of lightning that foresee a thunderstorm, the elevator changed its course and plunged onto the basement. Everything lasted a few seconds but for him seemed an eternity.
The only thing that the threatening basement encouraged him to do was... get out, and that he was determined to do as soon as possible.
He decided to forget the reasons that motivated his visit to the forth floor and began to look for an exit, an emergency door, an escape, but nothing appeared to be accessible, now he started to think how to get the hell out there, he didn't know then that this would be the most anguishing quest he never imagined, one that will make him rethink his view of his whole life.
He had no companion but his old camera, his ability to overcome difficult situations and the fear that little by little was taking control of himself developing into terror at every twist of fate.

Unlike the most modern games, Perturbia's demanding task are much more difficult to achieve but the rewards will measure up to it.
We, the Developers, understand that many players -as well as we ourselves- still looking for those old games where you have to put in blood and sweat to get to the end, games that boosted feelings of frustration, anger and impotence while playing, but satisfaction and pleasure when reaching the end.
For all who still remembering these games but await anxiously the arrival of something new to drive them crazy, to make them feel like walking on a string, to leave them at the brim of a nervous break down, don't despair, here is Perturbia.

Our major inspiration for this project were the early video-games we still miss and go back and play once in a while, in the hope to unveil something that will dazzle us once more. Only to name a few we can mention:
• Alone in the Dark
• Silent Hill
• The 7th Guest
• Gabriel Knight
Who doesn't remember being lost within the dark rooms of Derceto, trying to understand the suicide of Jeremy Hartwood in the skin of Edward Carnby in Alone in the Dark?
… Or go over the edge looking to resolve the puzzle of the glass door entrance to the 7th Guest, with the blood frozen after hearing the voice of Herny Stauf?
… Or run desperately searching for a daughter around the disturbing surroundings of Silent Hill?
Undoubtedly many of you out there might have a deep longing for those unforgettable moments...

Due to the radical innovation of the Oculus Rift technology, we decided to incorporate this functionality to PERTURBIA (Windows version). In this case there will be additional system requirements.

Development team
Imaginary Game Studio's development team covers all areas of game development and has strong knowledge in this field. They're obsessed by the idea of creating a game with the highest graphics quality, of great playability, amusing and defiant, with a plot that will maintain the player on tenterhooks until it ends.
The team leader is Pablo Zirilli, a professional graphic designer. At 31 he's at the right age to balance knowledge and gaming experience, two essential factors that contribute to rise up the limits of his own capacity of development and fulfillment, enjoying the process at the same time.

The original language will be English with an option for Spanish sub-titles.
Puzzles of the old school, defying and entertaining. There'll be games of logic as well as a hand of Reversi. Other challenges will demand more ability than logic, for example a passage to a small platformer to the best Commander Keen style or a lever FPS style like the ones in Wolfenstein 3D
One hell of a game for graphics's quality.
The estimated playing time would be around 12 hours.
“Open house” mode: after finishing the game there will be an option to play freely with the purpose of looking for the missing Polaroids that add value to the saga; or in the event the player would like to play again the puzzles or mini-games that he enjoyed most or posted a bigger ordeal.

u/chi Dec 20, 2014 @ 3:32pm
So the developers of this game are freemason's? Or was the inclusion of masonic themes story based too add fear?