Greenlight > Games > Tamarin Studios's Workshop
Greenlight is being retired. For more information on how to submit games to steam, refer to this blog post.
This item has been removed from the community because it violates Steam Community & Content Guidelines. It is only visible to you. If you believe your item has been removed by mistake, please contact Steam Support.
This item is incompatible with Greenlight. Please see the instructions page for reasons why this item might not work within Greenlight.
Current visibility: Hidden
This item will only be visible to you, admins, and anyone marked as a creator.
Current visibility: Friends-only
This item will only be visible in searches to you, your friends, and admins.
Wild Frontera
Description Discussions4 Announcements6 Comments318 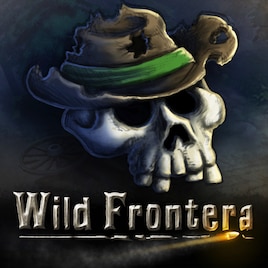 Tamarin Studios
Offline
See all 22 collections (some may be hidden)

View Wild Frontera in the store

Head over to http://store.steampowered.com/app/330110 and watch the launch trailer

Read More
Description
Release date: TBA
"It was supposed to be an easy job"
But now, the whole country is looking for you. The only escape route is through the frontier up north.
Fight your way out in this crazy adventure and discover why you are now the most wanted bandito in the wild west.


The game:
Wild Frontera is an action game taking place in a western fantasy world created by a two man team of video game industry veterans.
The game is about trying to escape a wild region full of dangers and mysteries, collecting weapons and upgrades, scoring big in solo or co-op games.
We want to implement every bit of spaghetti western clichés you can think of and make a great action shooter out of it!


Release:
What you see on the trailer and screenshots is the result of 5 month of hard work. This is our Tech alpha with all features working and 2 fully playable levels. We are halfway done and plan to release the game this fall.

About us::
After years of making games on PC and consoles (PS2, DS, 3DS, WII) we decided to team up and form our dream studio.

Tamarin Studios  [author] Oct 30, 2014 @ 7:32am
Can't wait to share more with you guys. We have started to include Steamworks stuff like achievements, leaderboards, hot-join coop game with friends, cloud saves ...

creative4U Sep 22, 2014 @ 9:59am
Seems rly nice cant wait to get a copy.
Maybe some new weapons.
Maybe a way to change hats or something like that.
These are just tips about what i think, the game seems amazing already!

Wild Frontera has been Greenlit and is now listed in the Steam store. For the latest information, purchase options, and discussions for Wild Frontera, please see it on the Steam Store or in the Steam Community.
Visit Store Page
For more details Visit Community Hub
For latest discussions
If you really, really want to, you can continue to the Greenlight page. Information on this page may be out of date, since all the action has moved to the areas noted above.