Store Page
Dota 2 >  Workshop > Xtasy's Workshop
This item has been removed from the community because it violates Steam Community & Content Guidelines. It is only visible to you. If you believe your item has been removed by mistake, please contact Steam Support.
This item is incompatible with Dota 2. Please see the instructions page for reasons why this item might not work within Dota 2.
Current visibility: Hidden
This item will only be visible to you, admins, and anyone marked as a creator.
Current visibility: Friends-only
This item will only be visible in searches to you, your friends, and admins. 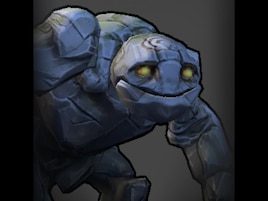 This item has been added to your Subscriptions. Some games will require you to relaunch them before the item will be downloaded.
Description
( Check out the All-in-One GROW SERIES mod: https://steamcommunity.com/sharedfiles/filedetails/?id=2838052896
This mod is being updated there)

Whenever you attack you gain a grow stack.


ESPECIFICS
- I tried to "balance" the game by limiting the modifier from working on some especific values by name, but a lot of values of different abilities have the same name. So if a value in your ability won't increase, just remember that on the other hand some heroes won't have 0 second cooldowns. Most abilities that are still broken or OP are probably percentage ones.
- TOWERS and FOUNTAINS attacks deal 10% of heroes max health as pure damage and 20% for summoned unit. TOWERS have a lot more health and gain 5% attack range when attacked by heroes or summons.
- Max attack speed increase from 700 to 1400.

This is DEFINITELY not balanced. Make it fast, and have fun.
< >
15 Comments

Xtasy  [author] Aug 10 @ 6:05am
You can play the mod DOTA GROW SERIES which includes this mod and more. It have the latest update to fix a lot of bugs and op abilities and also fix the model to a max grow size. Link in the description.

SyMage Aug 10 @ 1:02am
This mod is so nice and good, but we need to have a way to disable the grow size, because it ruins every game