Greenlight > Games > Depressing Drawers's Workshop
Greenlight is being retired. For more information on how to submit games to steam, refer to this blog post.
This item has been removed from the community because it violates Steam Community & Content Guidelines. It is only visible to you. If you believe your item has been removed by mistake, please contact Steam Support.
This item is incompatible with Greenlight. Please see the instructions page for reasons why this item might not work within Greenlight.
Current visibility: Hidden
This item will only be visible to you, admins, and anyone marked as a creator.
Current visibility: Friends-only
This item will only be visible in searches to you, your friends, and admins.
Illuminascii
Description Discussions2 Announcements5 Comments170 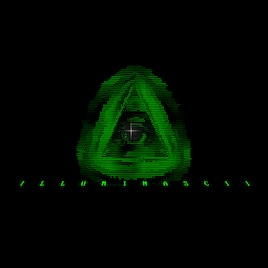 Depressing Drawers
Offline
See all 10 collections (some may be hidden)

View Illuminascii in the store

Friends, it's been a long road but we are now on the final stretch - You can now see the store page for Illuminascii here and the community page here
Thanks for all the support!

In the interest of keeping this page up to date, at the moment I'm focusing on bug fixes. Obviously there's not too much to say about this, however work continues unabated.

Read More
Description
Huge letters loom in the darkness of the RNG. The sinister organisation of the ILLUMINASCII conspire to bring forth a New World Order throughout all the ascii land. As the lowly @ symbol, can you defeat their agents and overturn the conspiracy?

Illuminascii is a new FPS with a ascii text based visual style that features randomly generated content and roguelike / rpg elements. Monsters, weapons, armor, levels and cutscenes are all created with random characteristics.

The aesthetics of a roguelike, in a modern engine.

Originally posted by Alpha Beta Gamer:
You have to play this game

Originally posted by Motherboard | Vice:
Let me tell you, folks: It looks awesome.

Depressing Drawers  [author] May 18, 2015 @ 12:20pm
@moobilygoobily - Hi, Unfortunately the open alpha has now closed as it was no longer representative of the game, we are now in closed beta before the full release.

nina machina May 17, 2015 @ 8:07pm
Is there anywhere I can get a demo of this game? I saw something about it on the roguelikes subreddit, I've been looking all over for it but can't find a thing. The IndieDB page appears to be dead, with no downloads available.

Salt Salesman Apr 9, 2015 @ 8:06am
Played this game at a local convention, super fun when you knew what you were doing

Depressing Drawers  [author] Mar 31, 2015 @ 11:21am
vvvvvvv Absolutely, have just posted the next changelog

Illuminascii has been Greenlit and is now listed in the Steam store. For the latest information, purchase options, and discussions for Illuminascii, please see it on the Steam Store or in the Steam Community.
Visit Store Page
For more details Visit Community Hub
For latest discussions
If you really, really want to, you can continue to the Greenlight page. Information on this page may be out of date, since all the action has moved to the areas noted above.