Store Page
Crusader Kings III >  Workshop > Kapl0k's Workshop
This item has been removed from the community because it violates Steam Community & Content Guidelines. It is only visible to you. If you believe your item has been removed by mistake, please contact Steam Support.
This item is incompatible with Crusader Kings III. Please see the instructions page for reasons why this item might not work within Crusader Kings III.
Current visibility: Hidden
This item will only be visible to you, admins, and anyone marked as a creator.
Current visibility: Friends-only
This item will only be visible in searches to you, your friends, and admins. 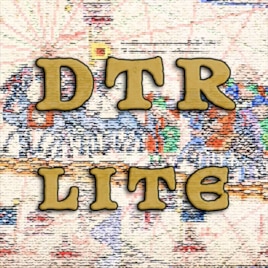 This item has been added to your Subscriptions. Some games will require you to relaunch them before the item will be downloaded.
In 1 collection by Kapl0k
Dynamic Trade Routes

50 items
Description
DTR Lite is a patch for the mod Dynamic Trade Routes (DTR), and should be loaded after it.

Better Performance, Worse Balance
This patch removes some parts of the trade system that I personally think combine:
The removed parts are mainly Foodstuff (including famine/disease modifiers) and Luxuries.

This unbalances the careful (historical) equilibrium in Trade Balance that I try to achieve with Dynamic Trade Routes, but it makes the game more enjoyable for those who have a bad user experience with the base mod.

Beta testing
Dynamic Trade Routes was uploaded for beta testing, so I appreciate any comment regarding errors, weird behavior, etc.

Detailed Guides on how Dynamic Trade Routes works are available at CK3mod[ck3mod.com].

Should work with all other mods with which Dynamic Trade Routes is already compatible (see here).
< >
19 Comments

truzvision1 Sep 10, 2022 @ 5:30pm
any chance of you making a stand alone mod for just the horse aspect? My laptop can't handle DTR, and lite just causes a crash.

If you are using More Bookmarks+ Compatch, the next update will bring it in line with it, too.

Jesus Christ Jul 11, 2022 @ 6:40am
@Kapl0K I only play in Iberia most of the time so for me, it doesnt matter. I will play the game and let you know if I found anything strange or broken.

Kapl0k  [author] Jul 11, 2022 @ 3:22am
@Jesus Christ: Thanks, but performance comes at a cost, especially for balance in Eastern regions which have less resources, so their balance of payments is messed up. I should work on that, for coins mainly.
< >