Greenlight > Games > bisonia.games's Workshop
Greenlight is being retired. For more information on how to submit games to steam, refer to this blog post.
This item has been removed from the community because it violates Steam Community & Content Guidelines. It is only visible to you. If you believe your item has been removed by mistake, please contact Steam Support.
This item is incompatible with Greenlight. Please see the instructions page for reasons why this item might not work within Greenlight.
Current visibility: Hidden
This item will only be visible to you, admins, and anyone marked as a creator.
Current visibility: Friends-only
This item will only be visible in searches to you, your friends, and admins.
Shadow Of Nebula
Description Discussions2 Comments182 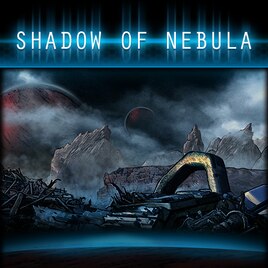 bisonia.games
Offline
See all 16 collections (some may be hidden)

View Shadow Of Nebula in the store

The Year 3102. Humanity has reached a level of technology that has allowed them to spread through the entire galaxy. For the galactic government, such a large population was very difficult to control. They wanted to invent a system that would control people more directly. In the far corners of the Milky Way, an expedition of scientists got lost on its way home. What they found was something not made by humans. The ship looked like an organic root. Aliens who lived on it had been dead for a long time. It had hung in space and waited for its moment in time. Technology not of this world.

There was a man who managed to decipher a large part of the technology left behind by the aliens, the genius Alfred Nebula. He developed specialized nanobots that not only knew the human body perfectly and could heal it, but also affect its moods and thoughts. Alfred was horrified by how powerful his invention was, and destroyed the results of his studies and the prototypes of nanobots. However, he did not destroy everything.

Thirty years have since passed, and the danger is closer than ever.  Mark, a stalwart space courier, has just fought off an attack by murderous space pirates.  Damages to his ship have forced him to land on Venice Blue, a planet that should be an abandoned rock in the dark of the void, with the goal to get off this damn planet ASAP.  But he can't help reflect on the recent battle, and the discovery that he is somehow involved in a vast intrigue which can threaten and change the whole of the human race.  As much as he feels that the chances of such a thing happening were so cosmically small, he knows that not only is it true, but that he has already been changed by it.

Shadow Of Nebula has a mature and dynamic story line. Our goal is to give the game a soul, that unique feeling which makes you unable to forget about the game. We definitely want to touch feelings... deep feelings. That's why we'll create dynamic and moving music for Shadow Of Nebula and, of course, the game does not run low on humor.  We hope that you will enjoy Shadow Of Nebula.

ArgentStar: Shadow of Nebula is still in the development :) We're working very hard at the moment. Soon there will be more news on our Facebook page.

ArgentStar May 4, 2015 @ 5:16am
The Kickstarter project has been cancelled and there hasn't been an update here since then (April 15th). What's the situation with this project? Is it still going to be developed despite the lack of KS backers? I love the look of this game and would very much like to play the finished article, but is that still part of the plan or is the whole project being abandoned?

bisonia.games  [author] Jan 8, 2015 @ 11:56am
Thank you all for your support!!! :D :D We are Greenlit thanks to You. Right now we're working very hard on finishing Shadow Of Nebula. Stay tuned to our facebook. Soon there will be more news :)

WesY2K Jan 5, 2015 @ 4:11am
From the beginning of the trailer, I was sort of hoping for a littlle more humorous approach since the narrator sounds like Ash from the Evil Dead series. But currently it looks a bit too dystopian... and the design in the alpha version looks a bit lifeless. Like the Perry Rhodan adventure game. I am holding off from voting now. Maybe at a later point, this will give me more.

༼ŠhãÐrãkór༽: Thanks for your comment. It's alpha version of the game and this means that final version will be better and more polished. Maybe you will change your opinion when you'll see the final version :)

From what I can tell, there are no unique gameplay elements. It's just a point-'n-click. That's not neccisarily a bad thing, but when your graphics and storyline are not very strong, it really is.

In this state, I would not buy it. It still seems rather early on in development, and it doesn't look like something I would be inclined to put hours and hours into (which is often the case with these point and click adventures). Nothing pulls me in, interests me, surprises me, or, quite frankly, entertains me about this game from what I can see. It's just... bland?
Even the voice-acting, which is performed very well, is out of place. It seems like this game would need a lot of polishing before I would consider it a game I would buy.
< >

Shadow Of Nebula has been Greenlit and is now listed in the Steam store. For the latest information, purchase options, and discussions for Shadow Of Nebula, please see it on the Steam Store or in the Steam Community.
Visit Store Page
For more details Visit Community Hub
For latest discussions
If you really, really want to, you can continue to the Greenlight page. Information on this page may be out of date, since all the action has moved to the areas noted above.