Store Page
Democracy 4 >  Workshop > PARAdoxiBLE's Workshop
This item has been removed from the community because it violates Steam Community & Content Guidelines. It is only visible to you. If you believe your item has been removed by mistake, please contact Steam Support.
This item is incompatible with Democracy 4. Please see the instructions page for reasons why this item might not work within Democracy 4.
Current visibility: Hidden
This item will only be visible to you, admins, and anyone marked as a creator.
Current visibility: Friends-only
This item will only be visible in searches to you, your friends, and admins. 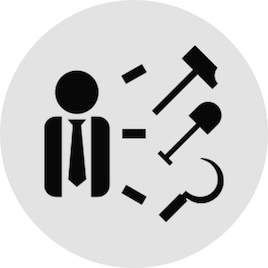 This item has been added to your Subscriptions. Some games will require you to relaunch them before the item will be downloaded.
In 1 collection by PARAdoxiBLE
Pick N Mix Mod Pack

More Detailed Description:
This mod include 3 contents - Employment Law, a bit of unemployment adjustments, and a new event. Employment Law is an alternative to Labour Law with unemployment protection but without organized labor. The first and most distinctive effect of Employment Law is preventing workers from getting fired. It doesn't really create jobs but will make it harder for employers to fire someone. This means that decline of some industrial sectors or economic recession will have reduced impact on unemployment. However, it can backfire in the opposite cases as employers will be way warier on employing staffs even when economy is booming. Therefore, in a long run, it won't really create jobs. In actual gameplay, this is implemented by adding a dynamic effect which compares the current & past unemployment values. Unemployment curve will be flattened as you strengthen the law.

Employment Law also acts as a supplementary rule of Labour Law. If you already have strong Labour Law, strengthening Employment Law won't do much thing other than adding more red tapes. Workers should already be able to protect their own interests with collective actions. But if that's not the case, this law can provide protection to workers lacking union supports by setting the basic standards. Therefore, setting Employment Law tougher than Labour Law improves working condition and makes workers less likely to join trade unions.

Relatively minor components are some overrides and an event. For unemployment adjustments, you can refer this[forums.positech.co.uk]. There are also some overrides regarding situations. Since regulating gig economy generally means restricting some employment forms, I replaced the 'Labour Law - Gig Economy' link with the 'Employment Law - Gig Economy' instead. The 'Labour Law - Corporate Exodus' link also has been toned down to partially negate addition of the 'Employment Law - Corporate Exodus' link.