Comments
How-2b super super...
Before we begin, want to mention that I use a controller to play. Also not sure if this is a bug or a very unintuitive feature, because astromech riding is a real thing. And so is the unpolished character selection interface. That being said, there may be another or better way to do all of this, so your mileage may vary.

This requires a few steps and items to be active and is probably best attempted later on in your travels; after you have a bunch of stuff unlocked and core game finished. Specifically needed are both gonk droids unlocked (Gonk Droid & Gonkatine) and then two datacard items unlocked and active: Super GNK Droid & Porg Companion 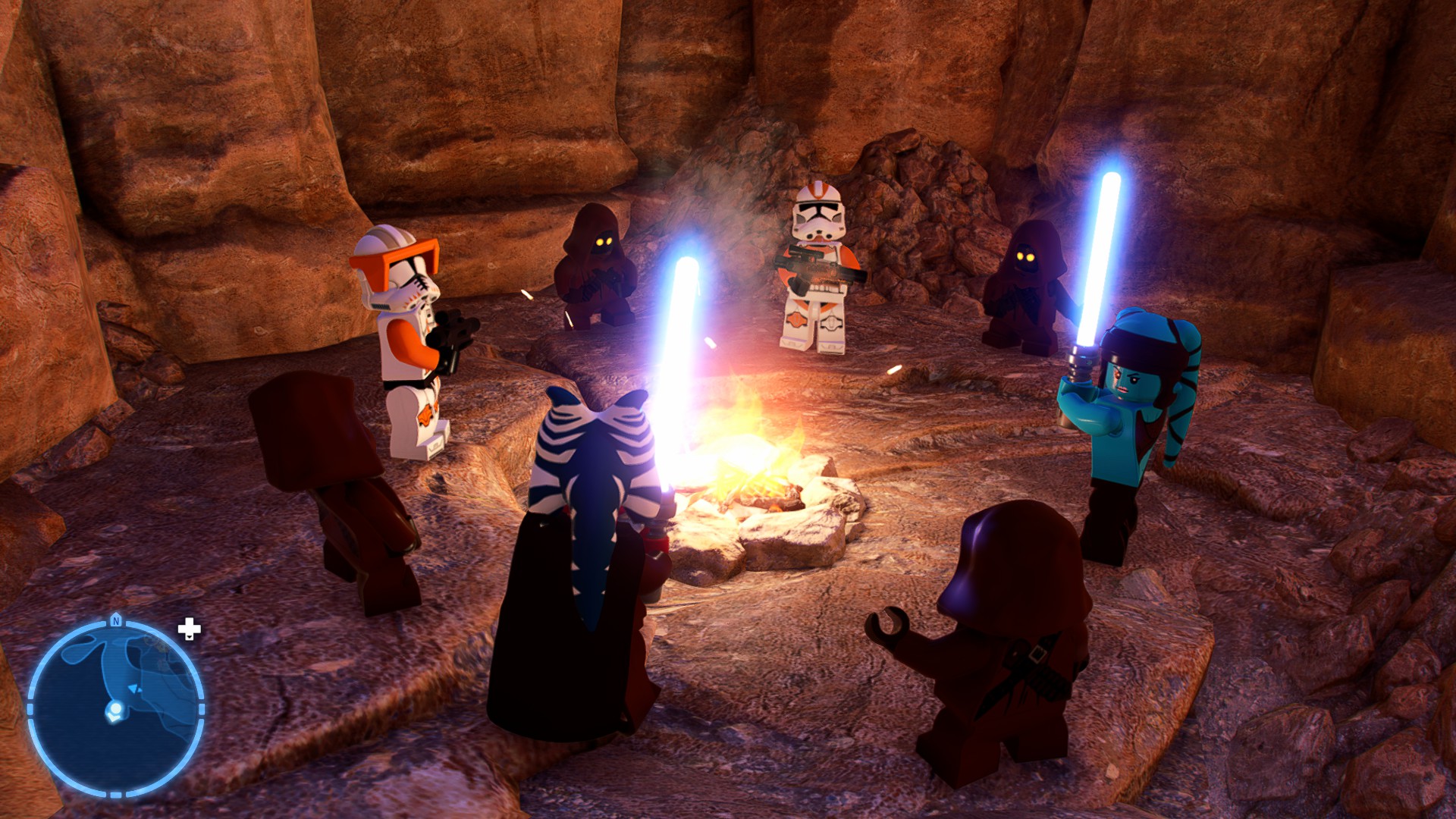 Here's the method I use that seems to work all the time. Set these conditions then load onto any planet you'd like:


With both datacards active we effectively have four party members already. However, here is the cheeky unintuitive bit that transforms them (character slots three and four who are currently Golden Gonk and Porg) into playable characters slots:

Once loaded into game world, bring up the character selection screen (up on d-pad). MOVE CURSOR TO CHARACTER SLOT THREE and make it active for choosing AND then scroll to Extra category and pick Gonk Droid = This adds player slot number 3 to your party! What ?!

Second verse, almost the same as the first. If not already active, switch back to Jedi or Sith character, bring up the characters selection screen again (up on d-pad). MOVE CURSOR TO CHARACTER SLOT FOUR and make it active for choosing then pick Gonkatine (red gonk droid) under Extra category = This adds player slot number 4 to your party! Wooot !!

Now you're ready to party with 4 and/or enable droid riding:

Here we go. Simply choose Gonk droid as player (slot three) and switch it out for any astromech droid. Congrats, your astromech just inherited the golden droids Mount option. Switch back to Jedi/Sith to approach it and you'll see the mount "Y" option enabled above the astromech droid. Press Y to mount and behold the glory of this fully operational battle...err wait.

One last step. Switching out the Gonkatine (slot four) droid for any other astromech droid gives your party two drive-able astromechs. All done, you can now drive the droids we were looking for! 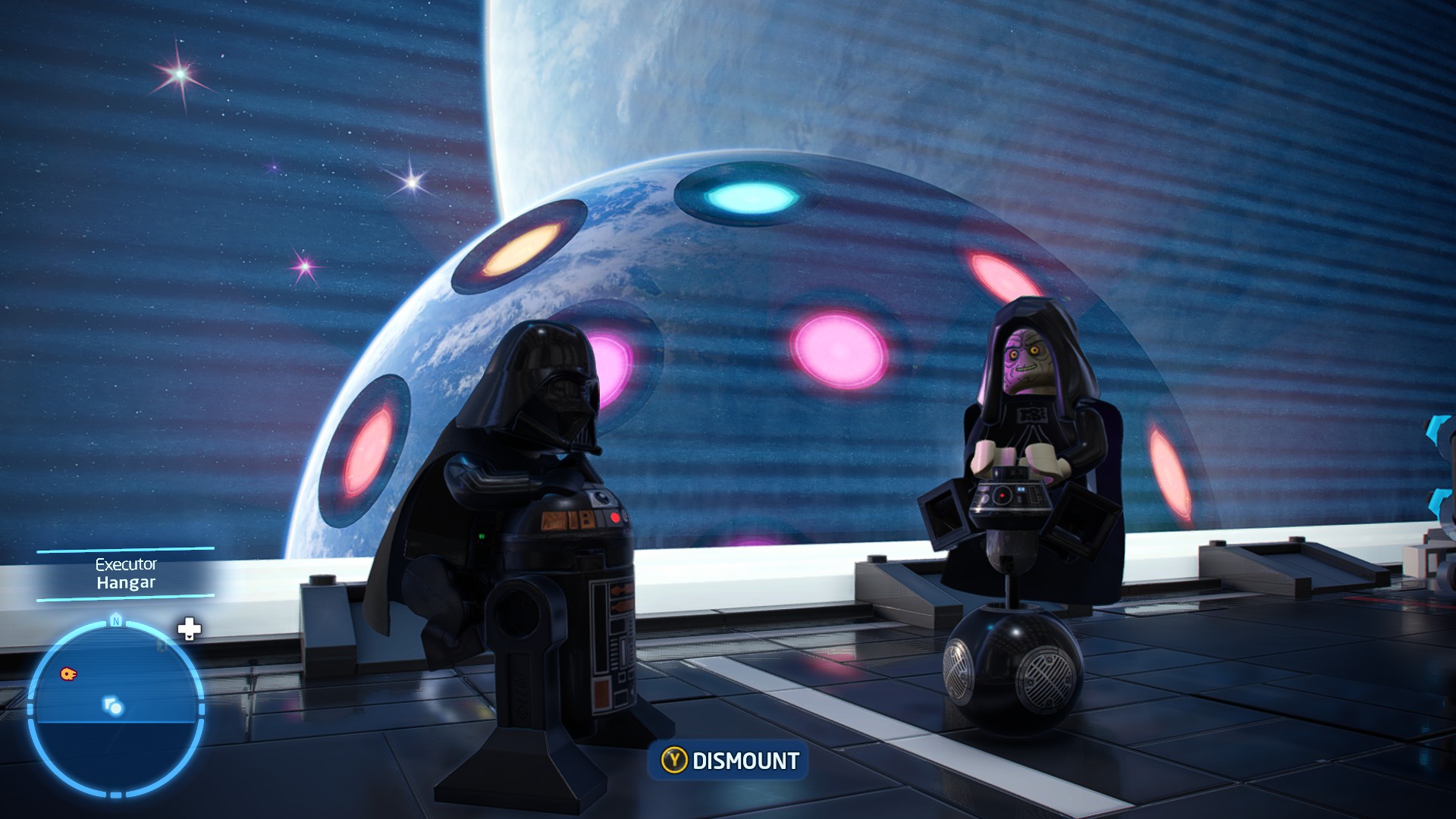 Ending on a house cleaning note. Loading onto another Planet resets everything. Stuff may get wonky and so if you'd like to reset back to only two active characters: disable the two datacard items, and visit another planet to reload the default two characters into free-play. 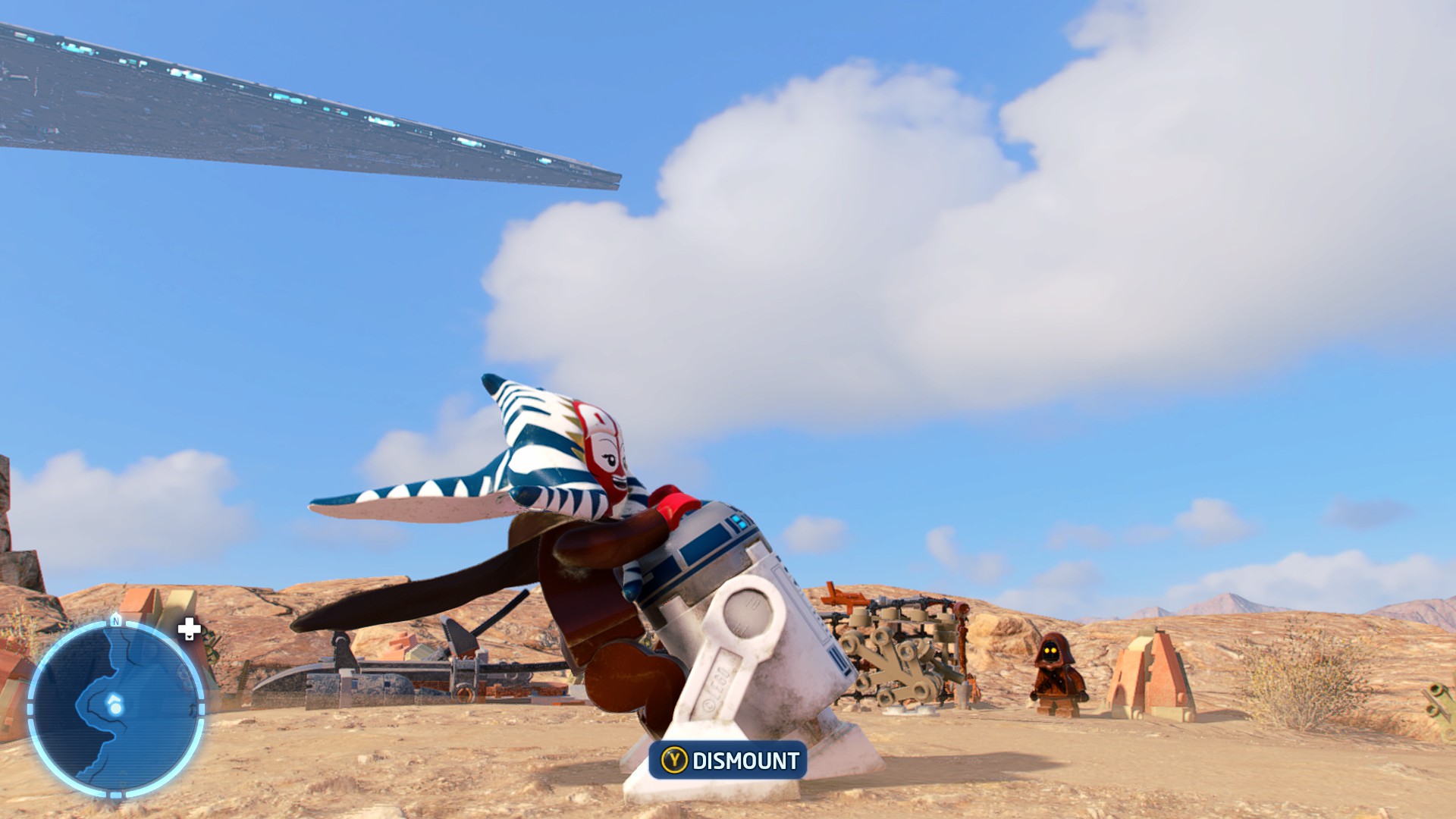 I don't know why, but boosting around as a Sith on a droid brings me endless joy. So there you have it, hopefully you get as much enjoyment out of this little quirk as I did. Cheers!

IR_MaGgOt May 6 @ 5:24pm
thank for this hint on how to unlock droid riding