Greenlight > Games > AetherBones's Workshop
Greenlight is being retired. For more information on how to submit games to steam, refer to this blog post.
This item has been removed from the community because it violates Steam Community & Content Guidelines. It is only visible to you. If you believe your item has been removed by mistake, please contact Steam Support.
This item is incompatible with Greenlight. Please see the instructions page for reasons why this item might not work within Greenlight.
Current visibility: Hidden
This item will only be visible to you, admins, and anyone marked as a creator.
Current visibility: Friends-only
This item will only be visible in searches to you, your friends, and admins.
Fire With Fire: Online Tower Attack and Defense
Description Discussions1 Announcements9 Comments101 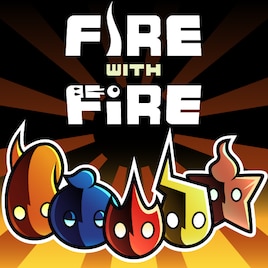 ScrapBrian
Offline
See all 9 collections (some may be hidden)
Kickstarter

View Fire With Fire: Online Tower Attack and Defense in the store

We launch on Steam Early access March 29 see you there!

We had originally planned to release on Steam and OUYA simultanously. Thing is the following is all over the gaming news sites today and it directly effects us.

So we lost a good chunk of our budget given the news about OUYA it's a real shame. The good news is we can now set our entire focus Steam and are currently exploring the possibility of Early Access. What do you all think?

Read More
Description
Release date: Summer 2015
Environmentally aware two player tower defense with an offensive twist and online cross play between all ports. Protect the Trees!
A refreshing spin on tower defense with an ever expanding library of Towers and Creeps. Build Towers to defend your camp while deploying waves of Creeps to attack your opponent, all set against a backdrop of vibrant visuals and dynamic music progression on every map. Counter your friends' strategies in heated one-on-one online matches.

Core Features
A Story Driven Campaign
Re-unite the factions of a dystopian earth to extinguish the flames of war before the planet is thrown past the point of no recovery. Fire With Fire hopes to inspire environmental conscience in our players through our single player campaign.

How Does PVP Tower Defense Work?
This is mainly an online game, so we start by logging in and searching for a match with another player.

Before a match begins, players form their strategy by choosing 3 Tower sets and 4 pairs of Creeps from their personal roster, for a total of 15 Towers and 8 Creeps, some of which unlock as the match progresses.

Protect your tree(s) by building Towers to elongate the dotted path that enemy Creeps must follow. Each Tower built grants a Tech Point, which you may spend on leveling up built Towers or unlocking more advanced Towers from a set. 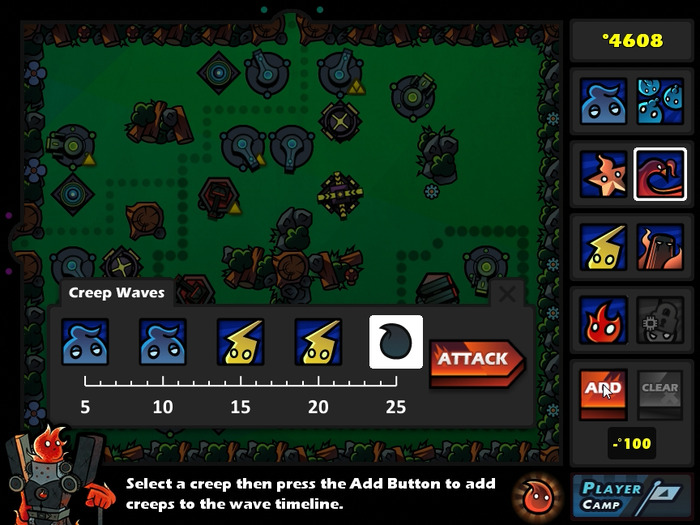 Every 60 seconds, players can queue up Creep waves to attack their opponent with. You may queue up more and more waves as the match goes on. The Creeps you choose and the order you queue them will determine how close your Creeps come to burning down your enemy's tree(s) and winning the match.

Pay close attention to which Towers your opponent is building, and how they are placing them. Each Creep has its own strengths and weaknesses.

The more you use a Creep, the more experience points they gain. They will level up the more they're used, eventually unlocking the other Creep in a given pair and allowing for new strategic options. 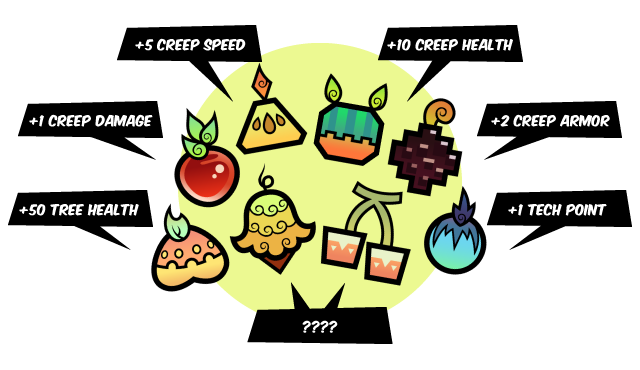 Players will also receive additional Seed Points by completing specific achievements, such as:

The experience and level of a player unlocks more slots on trees to grow Fruits, reveals new campaign maps, and reflects player skill within the game. This also assists our match making system to pair players with similarly skilled opponents online.

Progress and Status
We are launching beta testing along side our Kickstarter and Greenlight campaigns. The game will feature two maps only playable via one on one online matches. Currently 20 Unique towers and 10 Creeps are completely finished and ready to play, we have 10 more towers and 4 creeps along with player profiles in the pipeline for beta. Looking forward to making changes and adding to the game based on player feedback.

Why did we choose to make Fire With Fire Free To Play?
Fire With Fire relies mainly on online one on one matches. We need a consistent player base to do so. To help foster a community we decided to remove the barrier of entry (Money) In hopes that more people will play helping to maintain our online experience. Convincing your friend to play a match with you will not require them to buy the game. Just make an account and play!

How will we avoid the pay to win business model? With every once of my being! A Significant amount of the game content is free, All creeps and towers are unlock able through achievements, the single campaign, or by just gaining points playing online matches in the same way a paid game would have you level up and unlock more content as you progress though the game.

We plan to fund this mainly through Aesthetic sales. That is battlefield skins, and other graphic embellishments. Fire with Fire will set an example of how to make an honest free to play game. I'd like to make a point of that.

The Team
Theory Georgiou @theorygeorgiou
Design + Programming
Hi! I enjoy all forms of art and programming, I consider programming an art too. By day I'm a web developer / designer and by night I challenge myself with game design. It's a game in and of itself, which is probably why so many indie's love it. I've been making game prototypes for about 10 years now. Before learning to code I filled notebooks with made up game stats and characters. I love it, I can't stop and now we have this game!

Brian Shepard
Design + Graphic Art / Animation
Brian Graduated with a Bachelor's of Fine Arts from the University of Florida. He Immediately began showing his artwork through mobile game graphics. He's an unending well of graphic style and we're glad to have him on this project.

Stephen D Gibson
Musical Score
You may know him as Esgee from his Sunday night internet radio show the R9Cast. I understand hes a talented music/video editor. He will be creating our soundtrack, the music he has already produced for us is better then we could ask for.

Risks and Challanges
Creating an independent game with only 3 key team members is difficult; so much so that mostly every indie out there stays far away from the huge complexity of online play. We have spent the last 2 years embracing it. The game engine is fully functional -- it's up to the team to fill our game with quality content, and for all of our backers and friends to help foster this wonderful online community by sharing, tweeting, and holding a conversation about fire!
Popular Discussions View All (1)

AetherBones  [author] Apr 26, 2015 @ 1:20am
Just a quick thank you for not only voting but also for the feedback here in the comments!

Fire With Fire: Online Tower Attack and Defense has been Greenlit and is now listed in the Steam store. For the latest information, purchase options, and discussions for Fire With Fire: Online Tower Attack and Defense, please see it on the Steam Store or in the Steam Community.
Visit Store Page
For more details Visit Community Hub
For latest discussions
If you really, really want to, you can continue to the Greenlight page. Information on this page may be out of date, since all the action has moved to the areas noted above.