Greenlight > Games > SoundGuy's Workshop
Greenlight is being retired. For more information on how to submit games to steam, refer to this blog post.
This item has been removed from the community because it violates Steam Community & Content Guidelines. It is only visible to you. If you believe your item has been removed by mistake, please contact Steam Support.
This item is incompatible with Greenlight. Please see the instructions page for reasons why this item might not work within Greenlight.
Current visibility: Hidden
This item will only be visible to you, admins, and anyone marked as a creator.
Current visibility: Friends-only
This item will only be visible in searches to you, your friends, and admins.
Avner
Description Discussions1 Comments156 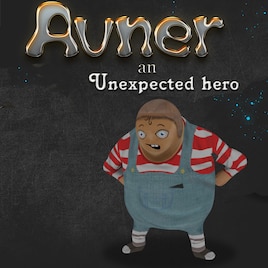 SoundGuy
Online
See all 17 collections (some may be hidden)
Description
Release date: June 26th 2014
Avner is already available on multiple platforms like IOS and Android, windows store, win phone 8, and the humble widget.
We want to bring it to Steam as well!

Check out Avner's other platforms at:
{LINK REMOVED}http://bit.ly/AvnerGame

Avner is a game in which the player is a character named Avner, a hero trapped in a strange world and captured by a traveling circus.
Luckily for him, he have some control over gravity and is able to create small power sources that can affect him or his environment.
This is a 2D platform action-puzzle game in a 3D environment, similar to games such as Little big planet and Trine in its game mechanics but involves a puzzle part at its core.

The game combined two main elements:
The first one is a fast pace game that requires dexterity and speed
The second element is a puzzle resolution game, in which the player has to figure out a solution and try at it until he overcomes the obstacle.