Greenlight > Games > Hotozi's Workshop
Greenlight is being retired. For more information on how to submit games to steam, refer to this blog post.
This item has been removed from the community because it violates Steam Community & Content Guidelines. It is only visible to you. If you believe your item has been removed by mistake, please contact Steam Support.
This item is incompatible with Greenlight. Please see the instructions page for reasons why this item might not work within Greenlight.
Current visibility: Hidden
This item will only be visible to you, admins, and anyone marked as a creator.
Current visibility: Friends-only
This item will only be visible in searches to you, your friends, and admins.
CortexGear:AngryDroids
Description Discussions1 Announcements2 Comments105 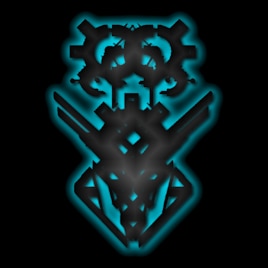 Anymuus
Offline
See all 7 collections (some may be hidden)

View CortexGear:AngryDroids in the store

the game is out but still waiting to be aproved on steam!!

Help the game become what it eed to be!

is a clasic 3d Si-Fi shooting sidescroller where quick tactics and skills need to be in harmony the beat the game. A run-and-gun shooter with both mouse and keyboard controls at the same time. An adventure game with a emotional story and epic game-play. Potentially therapeutic and emotionally educational, it's a game for PC, Mac and Linux.​

In CortexGear:AngryDroids, you play as
an alien(main character) hacker who take control of a CortexGear(A robot with an implanted brain) to destroy the other AngryDroids.
The alien is one of the last survivors from a Cortex war(A war based on hacking the opponent) against the AngryDroids. The alien is also from a new generation of CortexSoldiers(Soldier with great hacking abilities), the generation after the ultimate CortexWar against humans. Find his(main character) true origin through the game story,in a world infested by angrydroids.

execute your moves quickly and accurately
CortexGear:AngryDroids is a challenging action-adventure game where you have Use your head to find your enemy's weaknesses, to trick your enemies with traps and make puzzles.

You will have to hack computers, get use to the tricks and combos, because the places are vast and hostile, the way forward is not always clear, and death will meet you as soon as you let your guard down, but be brave, fight well and explore carefully, because droids are angry, with no pity.

As my first game,I wanted to show people what we can do with a free game software, basic scripting, no model from MAYA or BLENDER, only (Spheres, Squares, Cylinders, Capsules), FL studio, Gimp and can still make a good game with a nice game-play,great story and style.My goal is to show that good graphics doesn't make a good game. I think that most of the games these days focus on graphics and techniques, whichis good, but I think a game need more and basics stuff to be a good one: A story, gameplay and style.

On LINUX MAC and PC
Popular Discussions View All (1)

Hotozi  [author] Jul 16, 2015 @ 7:53am
dont worry we are working hard... the achivements and trading cards giving us problem this is why it takes times....but we doing our best to make it happen!!

S.T.A.R.S Leon S. K. Jul 14, 2015 @ 1:29am
Cant await steam release date and i hope you add later full steam support (few trading cards, easy makeable steam achievements, i know hard extra work but many players love both) i hope we get some new news next days from you Hotozi :)

Ham the Terrible Jun 22, 2015 @ 4:51pm
Congrats. Please deliver keys through Groupees (or the other bundles sites which had the game) and not itch.io (or whatever that's called) after Steam approves the game.

CortexGear:AngryDroids has been Greenlit and is now listed in the Steam store. For the latest information, purchase options, and discussions for CortexGear:AngryDroids, please see it on the Steam Store or in the Steam Community.
Visit Store Page
For more details Visit Community Hub
For latest discussions
If you really, really want to, you can continue to the Greenlight page. Information on this page may be out of date, since all the action has moved to the areas noted above.