Store Page
Half-Life: Alyx >  Workshop > MACMAN2003's Workshop
This item has been removed from the community because it violates Steam Community & Content Guidelines. It is only visible to you. If you believe your item has been removed by mistake, please contact Steam Support.
This item is incompatible with Half-Life: Alyx. Please see the instructions page for reasons why this item might not work within Half-Life: Alyx.
Current visibility: Hidden
This item will only be visible to you, admins, and anyone marked as a creator.
Current visibility: Friends-only
This item will only be visible in searches to you, your friends, and admins. 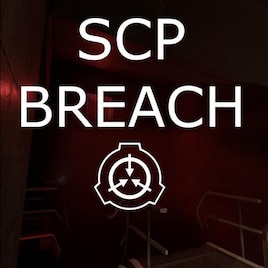 MACMAN2003
Offline
See all 12 collections (some may be hidden)

This item has been added to your Subscriptions. Some games will require you to relaunch them before the item will be downloaded.
Description
Trapped in the subterranean Site-78, Site Director "R." has to re-contain the escaped SCP subjects. All while dealing with dangerous entities ranging from an insane reality bender, to the Chaos Insurgency!

There should be 3 maps (breach_01, breach_02, breach_final) and a few custom models/textures for said models.

There's about ~80 resin scattered around.
Second level has a lever that can reduce loud noises associated with recontainment.
Mildly difficult for "story" difficulty, especially in the last map.

KNOWN ISSUES
-Room that has light probes and a cubemap but likes to pretend it doesn't (breach_01)
-Both pre-containment and post-containment lights are on in sector 4 (breach_02)
-Some plants may have obtained a life of their own and seek to escape their imprisonment (breach_final)
-Occasional Invisible enemies (breach_final)
-Broken glass preventing pickup of keycard (shoot at to fix) (breach_final)
-Ladder appears constructed, but isn't climbable (pretend ladder isn't built until you build it) (breach_final)
-Loading autosaves flips 180 degrees (all maps)

(boring legal stuff that I'm putting here because idk if I have to because this is a mod but it's safe to put it because better safe than sorry and I don't have the money to ask a lawyer soooo.......)

VeRsiTiLitY Nov 4 @ 4:27pm
I'm not going to go through the whole thing, but you move forward and get a gun, then you go back and get a card, then you go back to where you got the gun. The whole thing is like that. A player ends up visiting the same rooms over and over. It's like Doom2 and Quake. That was the level design. It saved resources because you were in the same area for a lot longer that way.

But it isn't fun and does little to progress the story.

In Alyx, there is a little bit of that; but generally you are always moving forward.

Almost! There's a story, there are new creatures; but then there is way too much back-tracking, and the puzzles are like the old school colored key cards and it's just so annoying to walk past everything far too many times.

Metal Robb May 11 @ 4:27pm
This was fantastic. Feels heavily inspired by the Remedy game Control. The unique and memorable design puts this in the top 5 mods.

q_access Feb 14 @ 11:45am
I got to the vent and it wouldn't let me drop out and when I could make a foot print. it was at top of the door below and it would just kill me.

MrPlayfulShade.TTV Feb 14 @ 9:52am
I loved it, but think you should lean into the horror aspect more. More serious and detailed overall would have made this perfect for me.

Legatron17 Feb 12 @ 4:56pm
Unfortunately pretty buggy, especially the last fight with the canon, because you can't move the canon correctly, making it useless and even dangerous to use. Also, am I the only who didn't have ANY background sounds whatsoever through almost the entire map, or is that a problem on my end?
< >