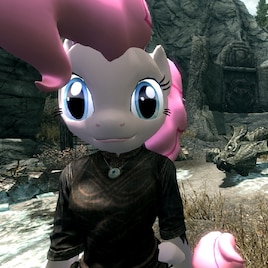 Circuit Board
Offline
See all 189 collections (some may be hidden)

This item has been added to your Subscriptions. Some games will require you to relaunch them before the item will be downloaded.
Description
This mod adds armors themed after characters from My Little Pony.

Each of the helmets and gauntlets work as substitutes for their respective armors.
(Light gauntlets are considered Elven/Glass/Leather gauntlets, and vice versa)

Derpy should promptly deliver a small sample of the armor to you as well as a flier telling you where you can get more as soon as you travel to a city.

**UPDATE**
A new vendor has now been added to Solitude where Derpy will sell the rest of the pony armor to you.

Phantomhurricane666 Oct 3 @ 7:51pm
could you port to special edition?